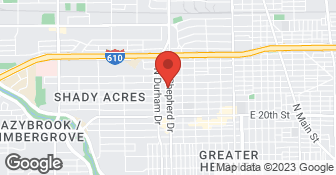 June 6 was the date of the collission. I got back with a cancer diagnosis and cared for my pet exclusively for two weeks. I called and checked on the car and they were waiting on the trim peices to arrive from Mercedes. I was in a rental and had to put my dog to sleep so I didn't pressure them much. When the ashes were returned 6 days later I called and was told they had the pieces and woould be painting them over the next two days and my car would be ready. That was over two weeks ago. They are unable rto find anything wrong with my stalled engine so that will go unresolved. They are unable to manage the wiring to my headlights so I must get a supplemental claim to take it to HID Factory or Mercedes where I should have gone in the first place. The clips to hold the trim are a standard part of the trim kit Miller's should have ordered but ws told 8 days ago they had just arrived. Five days ago I was told the incorrect clips had been shipped and it is a one part kit trim and clips. I caalled Star Motors to confirm this and went in and was shown a blow out on the computer of each part to be ordered. If they had a clue what they were doing the parts would have arrived together and not piece meal as they figure out what they are doing. They had the nerve to brag to me that they had been in business for 40 years and implied I was an idiot for questioning why so long on a 4 hour job. Then I call today and they are waiting on the correct clips only to learn they are dealing with Mercedes Sugarland with Star Motors almost around the corner so my clips didn't arrive today and maybe will be there yesterday. So as it stands to replace two trim pieces with clips they didn't order and repair headlights they can't decipher the wiring to an engine fault they can't find my car has been in the shop for 34 days with out A SINGLE DENT IN IT. I am four days past my rental coverage and beyond a deductible I don't want to pay I must pay for services and repairs that were not made and get a supplemental claim so I can go somewhere else and get my headlights fixed. I'm told as soon as they get the clips my car will be ready and it is difficut to deal with Mercedes but I have never had a single problem getting the perfect part when I know what I am asking for. Stay away from Miller"s Auto Body. They are vulturing people on the highway and suckering them in with a wonder-who-gets-greased city contract to tow. GO WHERE YOU ARE KNOWN!!!! I still don't have my car 34 days later on a four hour job and no idea when I'll get it.

Description of Work
Against my initial request after running over a tire tread on 610 WLS in rush hour Millerr's pulled their wrecker over and after i instructed them to take me to Mercedes Star Motors the driver said I only had minor trim damage some loose wires and trim knocked off so his affiliated shop could get me up and running in a few days. I was on an emergency vet run to College Station and as he said they would have a rental agreement I agreed to be towed there for the repairs to get me and my dying dog to A&M

From beginning to end they great.. 2009 dodge dually the driver side tire weld was damaged along with bumper. They made my truck look as if I drove it off the dealers lot. Miller's keeps there customers informed and walk you step by step through the entire process of keeping the vehicle. They are more than reasonable for the quality of work and service you receive. Again 10/2013 purchased a new dodge 300 that someone damaged in a parking lot never thot that I would get everything perfect again but thanks to Miller's Carstar its as good as new..

MILLER'S AUTO & BODY REPAIR is currently rated 5 overall out of 5.

No, MILLER'S AUTO & BODY REPAIR does not offer eco-friendly accreditations.