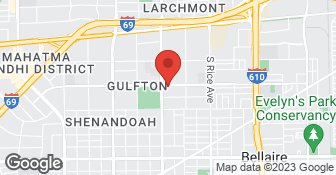 Owner Joanna has a great eye and is a fantastic decorator, however, she works by selecting items that you agree to and pay for up front. The kickback she gets for leading customers to her vendors is how she makes her money and the decorative aspect is supposed to be covered by this cost and is not paid for directly. When we moved from our last home, it had a unique layout and we sold nearly all of our furniture except the master bedroom pieces. We selected new items from Joanna and waited for the transformation to occur. We were expecting guests over the New Year holiday and wanted our home to be complete. We were VERY clear about the time and promptly placed orders for our furniture. 3 months passed with a few items dribbling in. We were getting near to Christmas and expressed our dismay. We were repeatedly told the majority of furniture was backordered or returned due to damage. Kilim chairs we had ordered were suddenly no longer available. We had had a second favorite which was less expensive, but I had decided the kilim chairs were worth the extra money. When they were no longer available, suddenly the other chairs were the same price. All of the prices were much more than our stated budget, but I do have expensive taste and decided not to furnish the movie room in order to have the pieces I wanted. I found some of the same items on line and we were paying about the same price with a much heftier storage (so items could be delivered in groups) and delivery/set-up fees. The New Year's deadline came and went with excuse after excuse. My son was going to visit in mid-February. We set a new deadline. No furniture. My daughter and her husband were coming for Memorial Day. No furniture. My husband could not do without office furniture any longer. We found and purchased our own office furniture and demanded a refund for all items not yet completed. After much insistence and months at a time when she would not return our phone calls because she "was out of town" we obtained a refund. One of our earlier deliveries - a beautiful round dining table - had a quarter size spot where the finish came off to bare wood within the first month. She would not give the vendor's name so we could get a direct refund and to this day says "I thought my guy contacted you about that." every time we ask. When preparing the refund check she said she had located a gaming table that was in- stock with a 6 week delivery window. I asked her to pay for it up front, she said she was unable. I let her keep a portion of the refund but clearly said 6 weeks and if anything happens, we want the remainder of the refund. She refused to supply the refund when the table failed to deliver saying it was ruined in transit. I didn't care, I wanted my $, but she kept it until we threatened court and it was delivered nearly 1 year after it was ordered.

Description of Work
Was to provide complete decoration and furniture purchases for our 3500 sq ft. home. Agreed it could be done on a budget of $45,000 within 6 months. Project began immediately after we moved into our new TX home on 8/27/12. Last item we waited for took ONE YEAR to deliver despite our insistence we only wanted in-stock items and if delivery was delayed, we wished to cancel the order. She never completed the decorative touches agreed to in the initial contact.

We aren’t as big as some of the other outdoor lighting companies, but that means we will work harder to earn your business, and when you call us you will talk with me, Dan Keim, the owner, not some answering service or salesman. Please let us show you how our personalized service is hard to equal and rarely beaten. Our factory-trained technicians are professional and courteous and will not stop until the customer is satisfied. We buy our products directly from the factory and pass that savings on to you.  …

Here at Candid Realty CC LLC we are experienced with home renovations including painting, installing trim, drywall, flooring, and even bathroom renovations.  …

Juarez Painting, is your one stop source for all your painting and minor carpentry needs. From our attention to color and detail, to our great customer service you will love us. Give us a call today!  …

Insured
All statements concerning insurance, licenses, and bonds are informational only, and are self-reported. Since insurance, licenses and bonds can expire and can be cancelled, homeowners should always check such information for themselves.To find more licensing information for your state, visit our Find Licensing Requirements page.
General Information
Free Estimates
Ask for Details
Eco-Friendly Accreditations
No
Payment Options
Check, Visa, MasterCard, American Express, Discover, PayPal
Senior Discount
No
Warranties
Ask for details

J Renee Interiors is currently rated 2 overall out of 5.

No, J Renee Interiors does not offer eco-friendly accreditations.

No, J Renee Interiors does not offer a senior discount.

No, J Renee Interiors does not offer warranties.