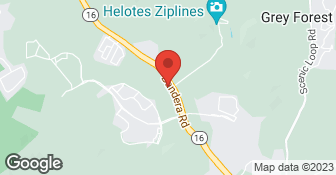 Apple Pest Control has been in business since 1984, and throughout our years serving Bexar county and surrounding areas, we have learned about all of our customers and their individual needs. We are family owned and strive to keep the personal touch and care, in this growing area. Award wining. Endorsed by Dave Ramsey....

Apple Pest Control responded to my request immediately and came to my house within two hours of initial contact. This was unexpected considering it was a Saturday morning. The pest control technician, George, listened to my concerns about the crazy ant infestation in my attic and how they were spreading to different rooms through the light fixtures. He also listened when I told him that I was concerned about the insecticide that he would use in the attic since I am allergic to pyrethrums— a common ingredient in pesticides. George immediately looked up the ingredients list on the pesticide that would be used to dust for ants in my attic. Pyrethrums were on the ingredients list, so he suggested that instead of dusting the attic, how about he spray the entire outside perimeter of the house and see if that would stop the infestation. I was skeptical that this would kill the ants in the attic, but George explained that the ants were accessing the area outside of the house... if he sprayed outside, the chemicals would stick to the ants and eventually kill the colony. I agreed to try this, but I was sure that he would have to come back and dust the attic. Within five days of the outside treatment, no living ants were seen in the house! It has now been two weeks since treatment and I am very happy with the results. I’m very grateful that George suggested the outside treatment approach rather than introducing pesticide into my house. I would definitely recommend Apple Pest Control and will use their service again if I have a need in the future.

Description of Work
Crazy Ant treatment in the attic

They are courteous, efficient and prompt

Excellent and fast service. I will only use Apple Service!

Excellent service. Since the pet-safe insecticide was used, we have not seen any insects inside the house. We decided to hire on a quarterly plan.

The experience was great. The team was on time, very informative and thorough!

I was able to schedule the service very easily through their customer service department. The provided prompt and professional service. The technician was very knowledgeable and answered every question I had, would definitely recommend.

Their team was on time and was very professional. We will call them again, and recommend their services.

Adam came out to my home and needed to get in the attic to see what was going on. He said he couldn't find any critters at the moment, but he was able to see how they got in (around a vent in the roof). He said he needed to close that gap and would keep a squirrel cage in the attic in case they got back in. We were told to tell him if we heard anything in the area of the cage over the next 48 hours. He left the cage and planned on coming back to check on it in a day or two. Nothing happened, the critters weren't caught, but it seems closing up the attic fan stopped them from coming back in. It's been a few weeks and we haven't heard any kind of critters in the attic. Overall I'm super happy with the service, they answered the phone every time I called, made my wife feel very safe and we'll definitely use them again!

Description of Work
We heard constant animal noises in our attic, needed to get the animals out and close off the attic.

Apple Pest Control did a great job spraying our office for bugs. We appreciated their communication to ensure they were coming at a convenient time to have the entire office sprayed.

Service was performed as expected and so far not seeing any bugs.

Apple Pest Control is currently rated 4.8 overall out of 5.

Are there any services Apple Pest Control does not offer?