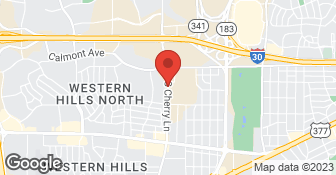 Our plumbers have extensive training and knowledge to answer your questions and find the most effective solution for any plumbing issue. Our plumbers are actually employed by us as we do not subcontract out anything. We will dispatch our plumber and they will arrive at your home in our clearly marked van, in uniform with their name tag reflecting a picture of our employee issued by “HR First Contact” which performs our drug screen and criminal history background check for ours and your protection. He/she will then offer you an absolute FREE WRITTEN ESTIMATE followed with a reliable service for any residential or commercial job, regardless of the size. Call Ernie's today!  …

We guarantee your satisfaction and we won’t leave until the job is done right. We pride ourselves on the quality work we provide, while delivering great customer service! Whatever your plumbing needs, check out our services offered and call or click to schedule a free estimate today.  …

My name is Lyle I am an owner operator of a small plumbing business. I have been in the plumbing industry for over 25 yrs. I provide my customers with prices that everyone can afford and reliable services. I have experience and expertise in residential plumbing systems such as water heater installation and service toilet repairs faucets and fixture for kitchen and bathrooms.  …

Great. Mr. Vossler was quick and did a great job.

Description of Work
We needed a tnp valve replaced.

Our sewer line was backed up - all of our drains were draining slowly, and one day sewage seeped up into our shower - and not just a little bit. It was a nightmare - smelled awful and we assumed it would be an expensive fix. I called Cecil upon a family member's recommendation at around noon the following day. They were at my house by 3:00 the same day. Very nice, upbeat guys that got straight to business and had the problem completely solved in about 30 minutes for $175. They even told me how to save some money by asking the city to check their line first, just in case they can pinpoint the issue and save me the cost of having a service put a camera down my sewer line. They are the only plumbers I'll call going forward.

I am always impressed with the work from Cecil. If he can't get to you that day he will set an appointment and keep it.

Description of Work
I have called Cecil and his crew for many things over the last 7 years. They have always done a great job. He is busy so if it is not a "emergency" you may have to wait a bit for them. His helpers are professional and knowledgeable. They have done plumbing for my kitchen remodel. At least every year they come out to run the sewer line.As we live in an older home, build up in the pipes is inevitable. My one true emergency occurred when a wall mounted sink fell off the wall and the water shut off was stuck. Cecil and his guys were there in 15 minutes to put on a new shut off.

Cecil and his staff arevery detailed and do a great job. Trustworthy and professional.

Description of Work
All plumbing associated with 2 bathroom remodels

We live in an old house and it is on a septic system. We were having trouble with one part of that. They worked on it and got it cleared. They were very professional and did a good job. They were on time, and they were determined to help us. I will hire them again.

Description of Work
They cleaned out a drain that we were having trouble with.

Called Vossler first thing in the morning. He estimated them to come at 11:30. Actually made it here at 11:00. Staff were friendly and efficient. Advised me that my problem was tree roots toward the end of the lot and besides laying new pipe, there was no permanent solution. Also gave me some advice on what not to flush down the toilet and why. (Maybe now we can go longer than 18 months between blockages.) Happy with this company and plan to use them for my next plumbing job.

Description of Work
They cleaned out my sewer line blockage.

A tenant called me at 10 a.m. Friday to report debris backing up into her tub. She told me I could come over to look at it that afternoon or the next day. I called Cecil and left a message on his cell phone. He called back within five minutes and agreed to head to the apartment complex. Less than 30 minutes after the tenant's initial call to me, I was knocking at her door, with a plumber! Cecil and a helper made quick work of clearing the sewer clean outs. He even gave me some advice on how to do it myself, if the problem came up again. I've used Cecil multiple times previously. He's professional, prompt, courteous, and honest. So are his people. I'd highly recommend him for any job, from simple repair to a complete re-plumb.

Description of Work
Cecil cleared out the dual sewer clean outs on a rental complex I own. He's also done several jobs on my own home previously, including a complete re-plumb with new water lines in from the curb.