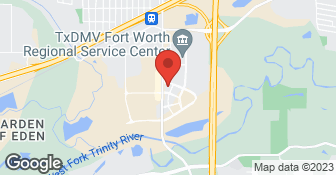 Fidel's Hardwood Floors, a licensed and insured floor installing company, has been serving Dallas-Fort Worth, TX and the surrounding area for over 15 years! We pride ourselves on our expert craftsmanship, using high quality materials to guarantee your complete satisfaction. Fidel's Hardwood Floors provides the following services: • Hardwood installation • Tile installation • Granite installation Honest and trustworthy, we’ll treat your floors as if they were our own! If you want a contractor you can trust to get the job down right, look no further! Call Fidel’s Hardwood Floors today for a free estimate!  …

Flooring Direct makes it easy to shop for new flooring and save money – all from the comfort of your own home. That’s because we bring the store and much more to you – fresh ideas, the latest looks and products, and expert design tips. And we make the process fun, creative and educational! Enjoy exploring different colors, textures, materials, styles and layouts with helpful guidance to get the most from your floor replacement investment. Our design experts consult with you on the right products for your lifestyle and what will look best in your home. We’re up-to-date on design trends and know which are the proven performers. So you can be confident that everything ties together tastefully and achieves the effect that you want. Plus, our installers are top-notch. They arrive and finish when promised, and take the utmost care in your home. Toll-free phone number - 888-466-4500  …

SurfacePros sell and install floors, countertops, backsplashes, cabinets, and showers to residential and commercial customers throughout Dallas-Fort Worth. We will try to meet or beat any price!  …

IMC promised deadlines they did not meet. This held our project up initially by 3 weeks. They took measurements and did cutouts the same day so it wasn't due to waiting on this. The installation team was rushed and inexperienced. My husband watched someone try to pull a screw out of the wall with a hammer claw. This ripped the sink cabinet out of the drywall taking a chunk out. I asked them to carefully remove our existing granite because we wanted to reuse it for our bathroom. They cracked and broke most of it. They broke our newly stained kitchen cabinets due to sloppy install. They took a screw from a working cabinet to fix the one they broke now making two cabinets inoperable. A separate repairman had to be hired to fix those. Chunks of dry wall were removed from the walls, paint on walls was scratched and chipped, cabinets were scratched causing painters to come back for repairs due to rushed install. We paid $3200 for the cabinet revival, only to be ruined by sloppy granite installs. Our cabinets now have noticeable scratches that couldn't be hidden by more stain. A repair appointment was agreed upon for the granite after initial install since it had surface scratches, chunks missing, and corner pieces broken due to careless cutting. One huge chunk by my new apron sink was covered up with some clear resin making the missing chunk highly noticeable. It was a chunk about an inch thick. No one showed for the repair appointment 3/14 claiming they had the appt for the following day when I know I was crystal clear about my availability. This pushed repairs back another week. Second repair appointment 3/21 9am time came and another no show. When I called I was told they were 'on their way', but when I looked at subcontractors repair worksheet it had 10am on there, an hour later than the time we agreed upon. Two months later, this project is finally finished, minus the cabinet repairs that still need to be completed. For $6200 I would expect better service, better communication, better product quality, better installation practices, better timeliness, and better guarantees on the product. Avoid this company at all costs, unless you want damages to your house with little or no regard for a quality finished product.