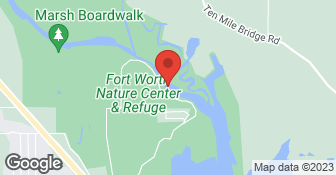 We use non-pressure that is approved by the ARMA Asphalt Roofing Manufacturers Association. Soft wash home exterior. Over the years Elephant has encountered every type of exterior surface and acquired the experience needed to deliver high quality clean without damaging your home or property. An Elephant never forgets. Trust Elephant when you’re looking for a professional power washing service that will provide superior results, but won’t blast your more delicate surfaces with high pressure.High pressure is only used on concrete. Owner/Operator. No subs used! 20 Years experience

The job went well! They did a great job!

Highly Recommended. David Hoover, the owner of Elephant Roof & Exterior Cleaning was fantastic to work with. David was on time, on budget and delivered services with high craftsmanship. My roof looks great, My deck is back in a good state. I would definitely work David again.

did not come at appointed time. made a mess in porch.

Must be mistaken. I do not work in Florida.
5.0

Wonderful. David Hoover contacted me quickly and answered all my questions about the stain he would use on the deck. He was very prompt, very professional and did an amazing job. The deck was overdue for refurbishing so he worked extra hard to prepare it. It turned out beautifully....It's never looked as good. And the house and pavements look amazing. I would highly recommend this company.

It went very very well David the owner really knows his stuff very professional and price for his quality of work is unbelievable cant wait to hire him for more work . This is the kind of people you want to do business with .

David did a great job on my roof, which was previously covered with stains and moss. He even pressure washed the front of my house unprompted. Really happy with the service and would recommend him to anyone.

David was prompt and provided excellent service. Our roof looks amazing and I would highly recommend his company for any exterior cleaning.

The house and driveway are as good as new. David knows how to get the job done, one time and budget! He left our house 100x in better shape when he left. He power washed our house, driveway and walkways, and provided a fresh coat of sealer on our driveway. I would certainly recommend him to a friend.

Description of Work
Power washed our house, driveway and walkways, and provided a fresh coat of sealer on our driveway

When it comes to the roof, it was cleaned as expected. However, two things happened which you should know before hiring. 1. all windows ended up with a film on them that we will now have to have a window washing company clean 2. many plants are half dead to fully dead around the exterior of the house. it will take years to recover. Once the plants showed the damage, a couple of weeks after service, nothing could be done and the damage was done.

Description of Work
Roof was cleaned

I wish you would have contacted me. The windows would have been an easy rinse. It was a little breezy that day. I should have delayed the job. When I did come back after seeing this review it looked like the plants would pull through. Said you would let me know.
5.0

Description of Work
Had our roof cleaned

Description of Work
Power washing of house, driveway, and walkway,

I contacted the company through their website and fairly quickly after had an email from David. We did all our communicating via email or phone call and David always was responsive (usually in the early evenings) and answered all my questions along the way. He also was helpful in recommending a stain product and some color choices and I'm very happy with the end result. He had even emailed me after a job where he used one of his recommended stain colors and let me know what he thought. He always let me know when he planned to come and he kept to the schedule. I felt like with working around the weather, his other jobs, the job itself (things that needed to dry) and getting additional stain to finish the job, it was completed timely. I am not commenting or grading price as I did not shop around and get any other estimates. I feel like it was a reasonable cost for the job. I do plan to use this company again in the future for additional work.

Description of Work
Deck and screen porch cleaned and stained and a few boards re-nailed.

It went very well. David responded the same day that I reached out to him, and we set an appointment for the next day. He showed up on time. It took about 2 hours to complete the job, and it looks great. Very happy with the results. I would have no hesitation in having him do this again as necessary.

better than perfect. There was a cancellation and the owner reached out to see if I could accommodate the new date/time. Did a perfect job. Will be using again. Price was completely reasonable. The owner was flexible and professional. I am very happy

We are very happy with him. Nice guy, great sense of humor. He does exactly what he says he's going to do.

He provided a great job and even rechecked a few areas needing additional attention. We were very pleased with the outcome.

Perfect. I'd had my house powerwashed several times before and no one really got it good and clean so I quit trying. Before selling my house I decided to get it cleaned one more time and reached out to Elephant. I wish I knew about them before Angie's list. My house looked perfect and so clean. I know this helped sell my house. Thank you. I cannot remember the exact price or date of the service.

David did an excellent job, and while there was a scheduling discrepancy, he responded to my call/email within 30 minutes and offered to come in about an hour or reschedule, whichever I preferred. I understand mix ups happen sometimes; it's how you address them that's important, and having a sense of humor goes a long way. He arrived within the hour and did an excellent job; I will definitely hire again.

Description of Work
Soft wash our vinyl siding and pressure wash our drive, sidewalk, and walkway.

David did an excellent job. The house, driveway, and sidewalk look great.

Description of Work
Pressure wash house plus sidewalk and driveway

Great work and very professional and prompt. His prices were very reasonable. I would definitely hire again!

Description of Work
Power washing of our house.

Elephant Roof was very responsive, I had hoped to get work completed in ~a week (we had visitors coming in) and they were able to get me in. The house looked great.

Description of Work
I had our house power washed (we have vinyl siding).

The power washing went very well, I had to get in touch with Angie's list in order to get a response, all though, he says he was on vacation. The appointment was scheduled for Friday morning at 8 - 8:30am. I called to ask what the problem was, his response was a job took longer than expected. He finally arrived at 10:30am. He was pleasant enough. There was a bonus attached to the service, washing the sidewalk. We did not get that bonus ???

You said the sidewalk didn't need to be done and if I could do the driveway instead. I said no, it was for sidewalk only. The extra square footage over the deal was $70. I took $70 off for being late and the little area you didn't want washed.
5.0

David was on time and performed the work as expected. No complaints what so ever.

Professional Deck Builder brings more than 20 years of experience to your decks and patios. We leverage in-depth expertise in deck building to ensure you get the deck of your dreams, and our deck designers are dedicated to customizing your experience to achieve complete customer satisfaction. Get the deck you’ve always dreamed of, built by our focused, tenured professionals!  …

We believe in "NO HIDDEN FEES-GREAT GUARANTEES" ! We are family owned and operated by individuals who believe in ethical-honest-trustworthy-reliable business practices. Located in Euless Texas, Shirley Air, Inc. has been in business since 2012. At Shirley Air, Inc., we understand that every customer is unique and so are their needs. Our team is committed to providing superior service to you with the wide range of services we provide. One of our principal values is always aiming for a higher level of service. We want our professional services to satisfy you completely. We always strive to do our very best as we love making our customers happy.  …

Climate Doctors is family owned & locally operated. We understand that taking care of your family is the number one priority. Climate Doctors was started to provide complete duct cleaning and energy efficient solutions to help consumer's homes have better air quality and a more efficient heating and air systems. Climate Doctors will do what it takes to do a complete cleaning & inspection of the duct work to assure unfiltered air from the attic is not entering into the home environment. Award Winning.  …

No License Required for Trade
Insured
All statements concerning insurance, licenses, and bonds are informational only, and are self-reported. Since insurance, licenses and bonds can expire and can be cancelled, homeowners should always check such information for themselves.To find more licensing information for your state, visit our Find Licensing Requirements page.
General Information
Free Estimates
Yes
Eco-Friendly Accreditations
No
Payment Options
Visa, MasterCard, American Express, Check, PayPal
Senior Discount
no
Warranties
No

No, Elephant Roof & Exterior Cleaning Inc does not offer a senior discount.

No, Elephant Roof & Exterior Cleaning Inc does not offer warranties.

Are there any services Elephant Roof & Exterior Cleaning Inc does not offer?