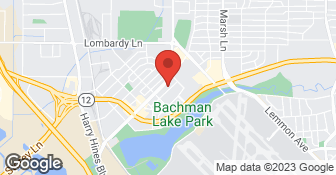 I called with a specific countertop size (small) price with cutout for sink and faucet. Was given a price and told to come up and pick out a remnant piece. I did so and got there and scheduled a time to bring the countertop by. They could do it in house. Then I got home and got a quote for almost double. Spoke to the owner Mauricio and he would not honor a quote from his business. Slimey business practice, I would go elsewhere.

Inferior installation was corrected the next day with an apology.

Good morning [Member Name Removed], We would like to take a minute to thank you for the opportunity of working with you in your project. Our Customers are priority and a big part for our growth, we are happy that you are pleased with the counter tops. Thank you for your review is much appreciated.
5.0

Description of Work
estimate portion is complete and I am ready to make payment after signing contract. I will complete signing agreement and make payment today.

Their owner came out and made a template of our counters, helped us pick out the stone via pictures directing, from their yard, on his phone and gave us the estimate. The following week after fabricating our counters their team of 2 men arrived on time and tore out the old counters and installed the new ones plus a new under mounted sink. They cleaned and sealed the stone and cleaned up all the mess and took it away with them. They were very nice, respectful and fast. They are a wonderful company, easy to work with and much less expensive than the Big Box stores. We won't ever use anyone else. The granite they provided is a beautiful cream bourdeaux.

Description of Work
We bought a new home in Temple, TX and it needed new kitchen counters. We had used Solid Stone Fabricators previously in our old home in Shreveport, LA. even though they are located in Dallas, TX they will travel a reasonable distance to serve you.

Installation went flawlessly. The installers knew what they were doing and worked quickly and respectfully. The price was very reasonable. Will definitely use them again!

We had 3 bids all through Angie's List, one of the companies Granite Outlet II that we had used before. The other two bids were from Solid Stone Fab. and KAT Fab Most of the bids were similar, except all of the companies provided different prices for removal, sink cutout, plumbing for rehook-up of sink, and rehooking up stove top. Granite Outlet II had a plumber in-house. Solid Stone had a recommendation for a plumber and KAT didn't provide a recommendation. We kept our backslash and KAT was the only company that had an issue with cutting it down if needed. And it was cut to allow for the quartz. We chose Solid Stone Fabricators because we trusted Claudia to do a good job for us. She was very attuned to our needs and anytime we asked her a question if she didn't already know it she got right back with us. She took good notes and made sure we were getting exactly what we wanted. She was very professional and a pleasure to work with. We went to see the where the countertops were fabricated at Solid Stone and we also went to Cambria Quartz in Carrollton and looked at the Quartz we wanted and received large samples there. They came out and measured and showed up on time, then we scheduled for the install. The installers showed up at their scheduled time and finished in less then 5 hours. The next morning the plumber came and hooked the sink and stove back up. Claudia came out a few days later and bought us our extra quartz. its VERY heavy but we wanted to keep it and they also made us a cutting board. I LOVE MY COUNTERTOPS AND NEW GRANITE SINK!

Description of Work
Remove and replace countertops and island with Quartz. Install new sink and faucet.

They were good. One of the counters that they installed had kind of sank. They came back out and elevated it back and re-caulked it. There was no charge. They remounted the sink and raised the slab back up. I had the sink mounted underneath the marble top. So they had to disconnect the sink to reset it. They didn't reattach the sink. When I called they said, "Oh, we don't do that." Well, you took it apart you should have put it back where it was. What I liked the most was that they came out and corrected it and didn't charge me. The least that I liked was that they could have just reattached the sink.

Description of Work
They did my counters.

Thank you for your rating and comments, this help us all to do better on future projects.
5.0

I worked with Grace and Geraldo who were professional and so kind. They worked with our tight timeframe and put up with my many questions on the phone! I give them an A++ and will be recommending them to others.

Description of Work
We had Solid Stone Fabricators come in to do our kitchen countertops. They exceeded our expectations! The countertops were perfect and they even covered up the countertops to protect them as we have other contractors coming in and out of the house.

We would like to take a minute to thank you for the opportunity of working with you in this project. Our Customers are priority and a big part for our growth, and we are really glad that you are please and happy not only with our service but your counter tops . Thank you for your review is much appreciated.
5.0

We had a small job but I was very pleased with the service outcome as I had an overall pleasant experience from initial contact to completion of the install. Solid Stone Fabricators rep contacted me in a timely fashion reqarding my emailed inquiry via Angie's List where I included a picture of cabinet needing counter and provided measurements and they were able to give me an estimate via phone and email based on the info I provided which I appreciated instead of wasting my time to come out first. Gerardo who was my contact person was very easy to work with and very responsive to follow-up questions before the install. There was an error that was made by the guys during the install but Gerardo ensured that it was rectified and in a timely fashion as well, pain free which was fantastic. I would definitely recommend this company to friends and family and will use them in the future.

Description of Work
They installed a 4 ft long granite counter top for bathroom cabinet with backsplash and 2 shelf pieces in the shower area.

Thank you for your review and we are really glad you are happy with your countertop.
3.0

When they got here, it went great, but getting them here was a pain. They got in, they got out. In 40 minutes, they were done. They did a great job. They cleaned up after themselves. They set up everything well. They were very professional. That part was great. Getting them out here, that was a mess because their office situation is a complete total mess. I called them up one week prior. Basically, the under-mount sink was coming up off of the granite and in order to put back, get the granite company out to use a special epoxy to put it on. I didn't know that so I called the plumber first and they were like, "No you need to get the granite company". So, I called it on to the granite company. I asked them, "Can you confirm on Monday when you can be out there and I'll be out at my house". And they said okay. They didn't call and confirm on a Monday. Then, we tried to reschedule. So, I took a morning off from work. I'm at the house and probably like 9:45 almost 10:00, I called them up and said, "Hey, where are you guys? Are you guys showing up? Are you lost or something?" And they're like, "Oh, we didn't realize it was today. " We got rid of that girl who was taking down notes but she wasn't really taking down notes. But, what about next Tuesday? So, I took another day off from work, another morning off from work. They showed up about that time. It was really a disaster for them to come out here.

Description of Work
I've used Solid Stone Fabricators LLC. The job was for an under-mount sink. It was maintenance on the sink.

Hard Rock Imports offers high quality quartz countertops, marble countertops, and granite countertops design, fabrication, and installation in the Dallas and Plano Texas areas. We have over 40 years of combined experience in both natural stone countertops and engineered stone countertops materials like quartz. Our high quality craftsmanship includes our impressive mitered edges and near invisible seams. We service the greater Dallas and Plano areas with our fabrication facilities located in Dallas. Which gives us an edge over many suppliers in the market with better quality control and more competitive pricing. All of our installations are performed by Master Installers. This assures you of the highest level of craftsmanship to maximize the beauty of your home. Our customers range from individual homeowners, businesses, contractors, and multi-unit housing developments. Our focus is on offering quality countertops at the best value in the area. Backed with a 100% satisfaction guarantee! Contact us today for a Free Estimate or to talk with a countertop expert.  …

Solid Stone Fabricators LLC is currently rated 4.6 overall out of 5.

No, Solid Stone Fabricators LLC does not offer a senior discount.

Are there any services Solid Stone Fabricators LLC does not offer?