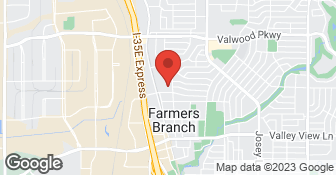 NCS Roofing & Construction specialize in insurance claims. We are a turn key construction company and never ask for money up front....

If you are looking for a company that has integrity, professionalism, workmanship, trustworthy and experience NCS Roofing and Construction is your choice. From the first phone call to the last inspection, this company was fantastic to work with. I was impressed with the honesty and integrity of this company. The roofers came early, finished early, and clean-up was spotless. I was very impressed from start to finish and without a doubt would recommend this company to anyone. Locally owned registered contractor in business for 10 plus years A+ BBB General Liability Insurance Owens Corning Preferred Contractor GAF Certified Owner: Brian Dyer

I have owned several homes, and this was NOT my first re-roof. However, the crew sent to do the work failed to follow their directions and replace the roof in sections; they decided and did strip the entire roof of all coverings. Within an hour our area had a really heavy downpour and I had leaks (through the kitchen light fixture; in the master bedroom ceiling; and in the cathedral ceiling living room--which leaked the entire width across [between the 12" planks, and onto all furniture, carpet and my grand piano. It was very fortunate that I was home and could take immediate measures to protect my belongings. As soon as the rain stopped,(about 45 minutes) they began nailing down the tar paper stuff onto the wet roof. and continued this until they covered it all. This is not a big house, nor is this a complex roof, so they got that task done in about an hour. I think this problem could have been avoided had the crew started before 11 am --but they didn't. The NCS roofing office sent a couple of their other workers to assist me with the indoor cleanup which was a big help. As a result, I have large brown areas that were wet in the kitchen, the office, the master bedroom and a large area of the garage needs to have the sheet rock replaced because it was sagging and very wet. Two large skylights that sit on the roof were damaged and I am waiting for their replacement. The insurance company estimate included flashing kits replaced, but when the domes arrived, NCS wanted to replace just the plastic parts. I want this done correctly so I asked them to get the flashing kits to be replaced at the same time. I asked earlier about the flashing kits when the roof was being worked on, but was told they weren't needed. These items were deemed necessary by the insurance adjuster, so I want them replaced also. NCS will also repaint the Entry where the skylights are . They are about 32" square NCS has agreed to repaint the ceilings and repair the sheetrock in the garage, but I am so very unhappy because this should have been a 1 day simple re-roof. As I mentioned above the gutters & downspouts still need replacing but NCS tells me they have not been able to get it on the schedule of the gutter company,. These were damaged by the hail storm, as was my fence and cover over the patio--I have engaged other contractors to provide these services. I am a widow, age 80, and this has been a harrowing experience. I do not recommend NCS and wonder how you have them on Angies list.

Description of Work
Replaced my roof, and is supposed to replace gutters & downspouts (but that has not happened yet.)

FreeLite opened in Dallas in 1981 and has served the skylighting needs of the DFW Metroplex ever since. Family owned and operated, we offer the best customer service around. Whether it is a simple replacement or an elaborate installation, we have the skills and experience necessary to get the job done right. We are experts in leak repair and energy efficient upgrades. Experienced both in commercial and residential projects. We work on all types of skylights sizes and designs.  …

Specializing in WATER MITIGATION, FIRE AND SMOKE REMEDIATION! We always guarantee your satisfaction and won’t leave until the job is done right. We take pride in ourselves and on the quality work we provide, while always delivering great customer service! Check out our services offered, then call --or-- click to schedule today!  …

NCS Roofing &Construction is a general contractor capable of all repairs from concrete to roofs and everything between. Residential and commercial.

NCS Roofing & Construction is currently rated 3.5 overall out of 5.

No, NCS Roofing & Construction does not offer a senior discount.

No, NCS Roofing & Construction does not offer warranties.

NCS Roofing & Construction offers the following services: NCS Roofing &Construction is a general contractor capable of all repairs from concrete to roofs and everything between. Residential and commercial.

Are there any services NCS Roofing & Construction does not offer?