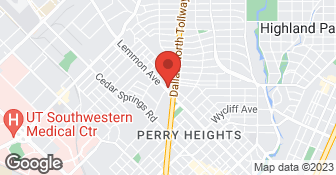 "We Build the Best & Fix the Rest" Welcome to Natural Water Environments. Winner of Twelve, National and Regional Awards for Swimming Pool Design, Remodeling, and New Construction. We hold a CPB "Certified Professional Builder" Certification through APSP, Members of APSP "Association of Pool & Spa Professionals", Member of the National Plaster Council, Certified Plaster Start-Up Specialists & WaterShapers Professional Network. We specialize in "WOW" Backyards! Offering design services for backyard makeovers, complete swimming pool remodeling, leak detection, outdoor living, pergolas, decks, water features and outdoor kitchens! We are currently not doing any new pool construction because we are too busy with remodels and the shortage of pool equipment. We do not work on Fiberglass or Vinyl Liner pools. We also do Stainless Steel Pools and Hot Tubs for High-rise and Rooftops. Give us a call today and let us put our experience and creativity to work for you. We have been proudly serving the Dallas Fort Worth area since 1990! We have been the Highest Rated Pool Contractor in the DFW area on Home Advisors with an average Client Review Rating of 4.83 with over 94 Verified Client Reviews.

Natural Water Environments - Craig Cameron did a wonderful job completing our pool remodel. We also added a spa and resurfaced the pool decking and patio area. We couldn’t be happier with the outcome. Craig has great ideas and listens well to what you (as the client) has requested. He did a great job staying within our budget. He was very good at keeping us informed throughout the entire process. We’ve had a couple of questions since completing the project and heâ s been just as prompt to respond as he was during the remodel process. He does what he says he will do and shows up when he says he will. His crew was also great. Craig and his team are the best, we highly recommend them. If we ever have a future pool project we will be calling him again for his expertise and service. If youâ re looking for someone you can trust, with a lot of knowledge and creativity then you should call Craig at Natural Water Environments.

We couldn't be happier with the results! Very responsive to texts, emails and phone calls. Crews were courteous. Work was thorough and professionally accomplished. Our backyard has been transformed into a lovely space. Suggested design additions like accent lighting, tile choice and plaster choice made all the difference.

Craig was very responsive, knowledgeable and his team did an outstanding job in a timely manner. It was a major transformation from the original pool installed in 1999 to the current updated finished product. Craig communicated with us every step of the way. Before and after pictures seen here.

complete resurfacing pool/ spa and decking to include the adjoining cabana. Work was done on time and now the pool is much more pleasing to the eye and in great shape.

Craig and his team were great to work with from start to finish. Very knowledgeable, very responsive, honest, and their work is definitely a true reflection of their many 5 star ratings. He kept us informed every step of the way and made sure we had everything possible to keep the pool in the best condition even after he leaves. No doubt that I will be working with him again in the future when it's time to remodel the deck.

Craig and his team did a fantastic job. Did exactly what they said they would do and were always on time. Highly recommend!

Craig Cameron of Natural Water Environments was highly recommended by my brother, as Craig remodeled his pool a year ago and was very pleased with the quality and service he received. We had hired a local pool company from Plano to remodel our pool and had to fire them due to lack of performance and poor workmanship. When we reached out to Craig and explained the situation to him, he was very empathetic about what we had gone through with the other pool company and he reassured us that he could repair the damage and remodel our pool. As an experienced, licensed pool contractor, Craig pointed out the improper techniques that the other pool company was utilizing to remodel our pool and explained the problems that we would have encountered. Craig was able to start our pool remodel ahead of schedule and we were swimming two weeks later. The pool looks even better than we expected and we are very appreciative of Craig for taking on the mess that another pool company left behind. We would highly recommend Natural Water Environments. They are a licensed, professional, knowledgeable and experienced pool contractor. Learn from our mistake, always use a licensed pool contractor and check their references.

Description of Work
Their Original Contractor did not know what he was doing and never came back to complete and what he originally did was not to code. Client asked us to redo what was incorrect and then complete the project

[Member Name Removed] We greatly appreciate your review and it was a pleasure working with you guys. It is unfortunate that there are so many yahoos out there that are unlicensed pool contractors and we keep getting to clean up their messes. Glad we were able to save your pool.
5.0

Craig and his entire crew did an excellent job in helping us plan and complete our backyard/pool makeover. Craig presented great ideas that we would never have imagined. He had a "we can do that" response to anything I asked! It was an outstanding experience from beginning to end. We love our new backyard. Thanks, Craig!

The overall experience was very good. I also especially liked that my spa contractor, Craig Cameron, from Natural Water Environments, was available any time I called or emailed, and the payment plan was staggered throughout the project. Craig marked out the rough freeform shape of the spa-to-be and I was able to ask for some small changes in shape as desired. Within two days, four men arrived and the hole was dug. Over the course of a week or so, the rebar was put in for strength, then plumbing, at which time the gunite/concrete was poured and the hole began to look like the spa it was going to ultimately become. We were so excited after the concrete was poured that we sat in the spa, which was a little like sitting in a concrete bunker! Getting to the concrete stage took a little longer than hoped because of rain almost every other day which slowed down the process, and once several days in a row of sunny weather were predicted, the crew returned to build in the electrical circuitry, and the pump, filter, gas heater and other pool equipment was delivered and installed. City inspections were taking place at each stage and passing with flying colors every time. After a couple of bouts of snow (in Dallas, can you believe it), it was time to spray the final pebble plaster finish and fill the spa with water. Once the plaster had cured over a week to 10 days, we were permitted to turn on the gas heater and enjoy our new hot, bubbling spa. In conclusion, to say that I am thrilled with my new spa would be an understatement. As I told Craig, somehow he was able to ?see? what I could ?see? in my head and brought it to a reality. The spa has exceeded all of my expectations and if anyone is interested in having a spa or pool custom built, where you are limited only by your imagination and your budget, I would highly recommend Natural Water Environments. Craig has won several prestigious awards and now I can see why.

Description of Work
Design and installation of a custom designed, freeform shaped, in-ground heated spa with natural rock/boulder edging and waterfall. The spa is large enough to seat approximately 12 people on a flat bench seat that goes around three quarters of the pool, can be heated if desired, and can also serve as a small play pool when heat/jets are not turned on. The spa is finished with a pebble plaster finish for durability and the light beige color creates a soft green colored water (as opposed to swimming pool blue) which compliments the natural rock surrounds. The spa is directly outside the living room windows and presents a very attractive view, and the sound of the splashing waterfall can be enjoyed from inside the house as well as from the adjacent patio.

With over 27 years of combined custom outdoor living experience, we are here to meet all your needs. From flagstone patio to retaining walls to building your outdoor kitchens and fireplaces  …

"Prestige Pavers, LLC is a Small Family-owned Hardscape Company that has been operating with over 28 years of experience. Creating your outdoor dreams into reality is Our Number One goal while still achieving quality and satisfaction from start to finish. Prestige Specializes in Interlocking Pavers, Travertine, Procelain, Concrete, Masonry, Fences, Driveways, Patios/Sidewalks, Pool Decks, and Retaining walls."  …

Our mission is to empower the world to build and to empower our customers to become their own superheroes. We believe that projects can be done on time, on budget, with reliable quality. We provide our customers with the best support from a highly qualified global workforce and access to user friendly proprietary technology. This opens the door to fast, responsive and friendly service, transparent pricing and quality craftsmanship. As a result any property owner can make their home better without any stress; and enjoy it more with their family and friends. Our services include wood, chain link, vinyl fences and gates installation, wood fence repair and fence staining. Over 9,000 happy customers are enjoying the fences we've built for them over the last 4 years.  …

No License Required for Trade
Insured
All statements concerning insurance, licenses, and bonds are informational only, and are self-reported. Since insurance, licenses and bonds can expire and can be cancelled, homeowners should always check such information for themselves.To find more licensing information for your state, visit our Find Licensing Requirements page.
General Information
Free Estimates
Yes
Eco-Friendly Accreditations
No
Payment Options
Check, Discover, MasterCard, Visa, PayPal, Financing Available
Senior Discount
No
Warranties
No

Natural Water Environment is currently rated 5 overall out of 5.

No, Natural Water Environment does not offer eco-friendly accreditations.

No, Natural Water Environment does not offer a senior discount.

No, Natural Water Environment does not offer warranties.