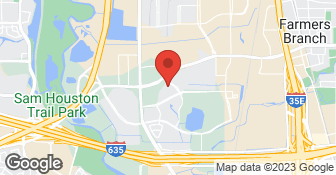 We are excited and honored to offer our services to the wonderful people of the Dallas metro.  …

Since our humble beginning nearly 20 years ago as a regional disaster response unit, GRS Pros (Greenlight Restoration Solutions) has transformed into a full-service construction, remodeling, remediation, and restoration company. Whether you are planning a complete home remodel, refreshing an outdated bathroom into your dream retreat, building a gourmet kitchen on a budget, restoring your home after a fire or flood, adding an addition to your home, or better utilizing your outdoor living space, we are committed to providing the utmost integrity, quality craftsmanship, and constant communication and follow-up throughout the process. Built on Trust is not just our motto, it’s how we do business. Let us be the ones to earn your trust.  …

Midlo Contracting is your hometown, residential & commercial roofing & restoration contractor. We are proud to say that we are a family owned and operated company. We provide a full range of residential & commercial contracting services with 2 convenient locations in Midlothian and Frisco, Texas. Midlo Contracting also offers fire, smoke & water damage restoration & can help you with your insurance claim process. We pride ourselves in offering quality workmanship and would love to help you out with your upcoming contracting needs.  …

Beazer is one of two primary mid-level builders within the Stoney Creek development within Sunnyvale, Texas. We chose Beazer due to limited lot availability and sub-division close-out. We had zero options to purchase within our desired time-frame with the other builder. Beazer offered one lot which could meet our time requirements for a house. Generally, the build went well and was on time. The design process resulted in our learning that Beazer offers a lower entry price than the other builder, but everything is considered an upgrade. We chose to upgrade long-term value items (kitchen, bath, flooring). We had one issue that was covered under warranty (First year after ownership): The master bath tub leaked. In short, it was later discovered that the overflow pipe and cover were never correctly attached, so when water would "overflow", water would run out from under the tub. Walls and the tile around the tub showed where water was coming out from under the tub. While an easy fix, the plumber which was sent by the builder to correct the issue indicated that it was most likely just an oversight by the installing plumber. The second plumbing issue occurred recently. In September of 2015, the ground around my water meter became increasingly wet and then a few days ago, water was running over the edge of the curb. The plumber which I hired (no longer under warranty) showed me that the pipe which connected the meter to my house was incorrectly installed. First, the 1" fitting connecting the pipe to the meter was connected using less than 3 threads. The plumber stated he. It appeared that the installing plumber realized he must have soldered the pipe to the fitting (which connected to the meter) before the fitting had been tightened. Instead of correcting the work, he/she appears to have used a neon green sealant commonly used in shower pan installations to "seal" the pipe. My current plumber indicated that the "leak" occurred only because the fitting was never secured correctly to the meter and that the leak probably started slowly and got progressively worse. This "correction" cost me about $250. Additionally, we had a very strong wind-storm come through the area. The fence installed was pine, using wood posts. I realized I was getting a low-quality fence when I bought the house, but was not willing to pay what appeared to be an inflated "upgrade" cost to get steel posts and a higher quality fence (quoted near 10k to upgrade the provided "base" fence). I assumed that at worst, I would be replacing the fence in 5-7 years. Instead, I'll be replacing my fence much sooner due to wood-rot. It is generally a known fact that one should NEVER sink wood posts into concrete due to the concrete acting like a cup and holding water. Instead, the hole should be lined/filled and packed with crushed rock, etc. My fence posts had a small amount of concrete around the bottom of the post and the clay-based soil packed around the posts to fill the hole. My fence lasted 2.5 years and the posts snapped at the ground level. One additional comment: While I'm sure it would be hard to find a builder that isn't using the ever-so-popular "lowest bidder" approach as it acquires subcontractors, I have discovered that fixtures and finishes were generally done with a very low consideration of quality and aesthetics. Stain and paint on the staircase railings were extremely poorly done (Drips/runs/etc). Commode internals were the cheapest available and snapped within 1.5 years requiring replacement (all parts which failed were thin plastic). Actually flushing the toilet seemed to be too much stress on those parts! So, have I enjoyed the house .... yes. And as with any house, I expected some issues. I just encourage anyone who is buying a new construction house from Beazer to understand that craftsmanship should be considered miraculous and at the end of the day, you can expect some spotty work in your house build.

Construction just started a couple of weeks ago. Awaiting scheduling of next builder update meeting. We asked new home owners in the neighborhood where we're building, and they said that their experience was very positive throughout.

Description of Work
Contract in place for new construction home. Sales staff professional and knowledgable. Design staff also very professional and helpful. First meeting with lead contractor for house construction was disappointing. Was late to appointment as we sat outside in the car in the cold. Didn't know the security code to the model, so alarm sounded for several minutes. Didn't introduce himself to us. Realized he forgot to bring the plans, so left us at the model to go to the buildsite trailer to retrieve them. Didn't apologize for being late and unprepared. Once we got started, he seemed knowledgable and thorough.