All You Can Move 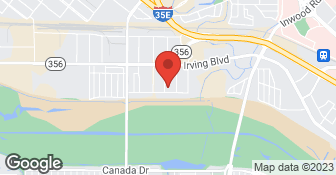 Offering professional moving services, experienced coordinators, and a network of realtors and development officers, we guarantee the best moving strategy, and thus the best moving experience. Covering everything from boxing and packing to assembly and large ticket items, Buddy Moving is your one-stop-shop for your next move. And we just might be buddies when it’s all over. With all movers trained and background-checked, we guarantee the safety and reliability you deserve. From Local Moves to Apartments to an extra hand if that's all you need, we're the best to call when it comes to moving services in the DFW area.

Competitive pricing, trustworthy service. Our company is a full service moving and storage team that will follow out your job personally, the entire way through. Our team is professional, skilled, and attentive. With the ability to provide free on site estimates in the local Portland area, as well as being capable of full residential and commercial moves. Packing material available upon request.

Big Daddys Moving has been in business since 2007. Our company is based on the belief that our customers' needs are of the utmost importance. Our entire team is committed to meeting those needs. As a result, a high percentage of our business is from repeat customers and referrals. We would welcome the opportunity to earn your trust and deliver you the best service in the industry.

They email you a low quote.  They will send  truck that is too small, or will cancel on you the day before moving day.  Once they load, they tell you that you are over the piece limit.... that was never mentioned or very hidden in the quote, so they keep a list of every box, picture, mirror they load and then tell you they charge by the piece that was loaded.  From a $2,900 quote, they told me aft...

DESCRIPTION OF WORK
Crooks! Low quote, not the right size pickup vehicle, loaded and added thousands of dollars to the quote.

They showed up on time on moving day.  I was prepared and had everything ready to go.  They had everything loaded into the truck in about 45 minutes. Then a short drive across town and they had everything unloaded and the furniture re-assembled in less than an hour.   I was pleasantly surprised at how fast they guys were and that nothing was damaged.

DESCRIPTION OF WORK
They moved me from my third floor one bedroom apartment 20 miles across town to a 1 story house.

They gave us a quote for moving a four bedroom house halfway across the country.  They show up with a six wheeler (even though contract states they will use 16 wheeler for all interstate moves) and of course are stuff won't fit.  They say will cost more now (triple the quote).  We agree to a new cost and we pay them everything except $2000.00 which is to be paid when they deliver all the goods.  T...

DESCRIPTION OF WORK
This is a moving company scam company.  They give you a low quote then after they have your stuff tell you it is going to be a lot more.  Customer service is is a joke they blame you for any problems.  The first driver that picked up our load even told us this is what they do.  They Scam, scam, scam you and hold your items hostage..  Please I beg you for your own good do not to even consider them.  Unfortunately after my experience and research it appears that they are not alone and many in the moving industry are borderline criminals.  I know first hand they are.  This was one of the most unsavory experiences I have ever had and I have seen a lot.  These people either need to be out of business or in jail.

See above in the services performed.

DESCRIPTION OF WORK
I called this company on Saturday to see if they could move me the next day, Sunday. I was told they could and they scheduled to be there between 10:00 and 1:00. At 1:15, when no one showed up nor called, I called to see where they were. Kristin told me they were running behind and would be there by 3:00. At 5:00, when no one had still shown up nor called, I called again and spoke with Krisitin. Her only response was "Didn't he call you?", and when I said no, she said she would have him call me and hung up. At 7:00 pm, when I called again to see what the problem was, no one answered my call. So I had my daughter call from a different number and Kristin picked up right away. When my daughter told her who was calling, Kristin got very defensive and rude and told my daughter that when you schedule such a last minute move, you can't expect there to be no problems and they were still planning on coming, even though at this point it was almost 8:00 on a Sunday night. We told them not to bother, knowing they had no plans of coming that late in the day. My question to them would be, "If you can't do the job, then why say you can and have someone packed and waiting all day and then you never show up?" Just tell your customer that you can't do "last minute moves" and let them try and call someone else who will show up. Kristin was extremely unprofessional and very rude. I would highly recommend that YOU NOT use this company to schedule anything. Thanks

If you want to go with them don't be surprised to see the quote vary. It may not be right on the dot with the first estimate. They have an 85 foot trailor and if it does not get within 75 feet of your door it costs about a dollar per foot away from the door for pick up and delivery. Having said that, this company was the most reasonably priced. Be sure to be prepared with what type of things you a...

DESCRIPTION OF WORK
They moved my property from Boston to Dallas, Texas.