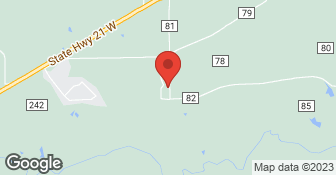 We are a family owned home repair and construction company who provides warrantied, high quality work at an affordable price. Licensed, bonded and Insured, we provide high quality work. We strive for customer satisfaction, making sure to have the job done right the first time. We contract through Home Depot and several real estate companies all over Texas. We service residential and commercial properties

BREACH OF CONTRACT March 26th 2017, we hired Nick Billman to enclose our patio, April 18th, build 2 sheds, May 23rd, add circle to our drive, and April 28th, remove and replace fence around property/driveway with a pipe fence. Each job had a contract w/bid and date of completion. Also contract had warranties of 5 yrs for patio and sheds, then 10yrs on fence. The roof on the patio leaked with first rain. I called Nick and he came out to fix it the next day and said if it leaks again to let him know. Afterwards we have had leaks every time it rains. I called him and he said he would take care of it. As of today, 9-16-17, he still hasn't come out to do that. The sheds Nick built are good and he did a good job on the circle drive. However the fence is not completed. Nick requested weekly checks towards the labor cost to pay his workers. Against my husband's better judgement, he agreed to pay him weekly, although the contract stated 30% down and balance on completion of job. Nick sent out 1 or 2 workers 2 or 3 times a week but they never worked a full day. Some weeks no one came out at all. The last worker that came out, finished putting in the posts that Nick had cut, and needed 46 more to finish. He called and Nick said that he would come and cut more posts, but never did, and that’s where the job ended. June 15th was last check my husband paid NIck. We paid him total price of contract except for $100.00 and was looking forward to the completion of fence shortly thereafter. That was the last time we saw Nick. Most of the pipe posts are cemented in but the top rail and fencing are not done. He never finished the job. I have called, emailed, and texted him to please finish this fence and Nick hasn't answered and told me when he's going to complete the fence. The last email I sent on 9/7, I asked him to reimburse me for labor to finish the fence and we would hire someone else. He still hasn't answered me. So here we are, out over $12,000.00 and no fence. Now we have to get someone else to finish Nicks job and pay more money to get it done. We are senior citizens and on a fixed income, this sure hurts. My husband is 76 and a military vet. It's a shame that we were taken advantage of in such a way. I don't know how he sleeps at night.

How y'all doing. My name is Lanyer Ruiz. I'm Owner and Operator Of The Pressure Man Pressure Washing company. I'm Here To Make Your Property Look Good and Make You Happy. I pride myself on the quality work I provide, while delivering great customer service! Check out all the services I offer below and call -or- click to schedule a free estimate today!  …

Austin LED Supply is a locally owned and operated LED lighting supply business located in Georgetown, TX. We have more than 10 years of experience in the industry. We sell all kinds of LED lights, fixtures and bulbs. We custom make LED strips orders for all your home and business projects. We will custom make your project to the specifications you are imagining. With the variety of LED strips and aluminum channels available, we will give your home a touch of modernity.  …

We are a family owned company that has been in business for 13+ years. Specializing in epoxy floors and decorative stained concrete. Whatever concrete flooring challenges you are facing, Hard Rock Surface Pros can help... with a complete line of high performance, great looking floor coatings that are installed on time and within budget.  …

How is Billman Construction and Home Repair overall rated?

Billman Construction and Home Repair is currently rated 1 overall out of 5.

What days are Billman Construction and Home Repair open?

What payment options does Billman Construction and Home Repair provide

No, Billman Construction and Home Repair does not offer eco-friendly accreditations.

Does Billman Construction and Home Repair offer a senior discount?

No, Billman Construction and Home Repair does not offer a senior discount.

Are warranties offered by Billman Construction and Home Repair?

What services does Billman Construction and Home Repair offer?