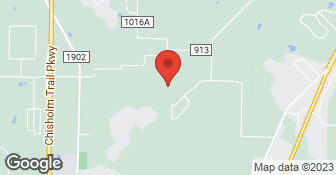 Our company is based on the belief that our customers' needs are of the utmost importance. If your needing landscape services in the DFW area,our entire team is committed to meeting those needs. As a result, a high percentage of our business is from repeat customers and referrals. We have expanded our business to include sprinkler system repair, service, and installation, landscape design and installation and lawncare maintenance. We design and install all of our sprinkler systems and landscapes with water conservation as our top priority. Our systems are designed so that the homeowner can meet the water needs of their landscape, while using the least amount of water possible.  …

At Landscaping Over Texas we offer a variety of services. Our goal is to improve the quality of your lawn, home value, and for you to love coming home to well taken care of lawn. We value integrity, hard work, and commitment. We are always seeking growth as individuals and as a company and always look to be a positive influence in anyone we come in contact with. As they say, everything is bigger in Texas, and as such is the love and passion we have for what we do. When you a hire us you are hiring a team that is more like family and has over 5 years of experience in this craft. Call us today for your FREE ESTIMATE and from the bottom of the Landscaping Over Texas family's heart, thank you for visiting our profile. We hope to hear from you very soon!  …

I contacted the company on a Sunday when my usual irrigation services provider was closed. Mathew's was also closed, but the call was answered and he helped me with a temporary fix to a sprinkler station that would not turn off, and scheduled an appointment for two business days later. Much appreciated! Unfortunately, the appointment time came and went, and when I got ahold of him two phone calls later he told me he would not be able to get to me. I understand issues come up and jobs run longer than planned sometimes, but at a minimum I would have expected a proactive phone call to reschedule.

It's hard to find someone that does what they say they will do. He impressed me by having a great price and great customer service. I had a small leak so I let him know about it. He was there the next day fixing the problem. We love our sprinkler system and know John is always there to help if anything is ever needed!

Description of Work
John installed a whole new sprinkler system at my house.

At the recommendation of a neighbor, I called and spoke with John Mathews of Mathews Sprinklers. I asked him to stop by at his convenience thinking I would get a quote of some work that I wanted done. He showed up the same day and not only did I get the estimate but had the work performed following the estimate. After two previous run in's with sprinkler companies I was a little leery, but I could not have been more satisfied with his work and price.

I called and spoke to John Mathews, the owner. He gave a general estimate over the phone. He agreed to come out that afternoon. He did extra work and even replaced some extra sprinkler heads and did not change the estimate. All the work was done in a couple of hours. He was wonderful to work with and was very experienced. I would highly recommend him to all my friends. I will use him for all my sprinkler needs.

Description of Work
We had a sprinkler leak that needed to be fixed immediately.

In addition to meeting all of your sprinkler system needs, we are also well equipped to meet your landscape needs. We have been providing landscaping design and landscape maintenance for residential and commercial property owners for 25 years. Our goal is to ensure the highest quality of service possible. Feel confident that Mathews Sprinkler Systems has a professional team that can take care of all facets of your landscaping and sprinkler system needs.