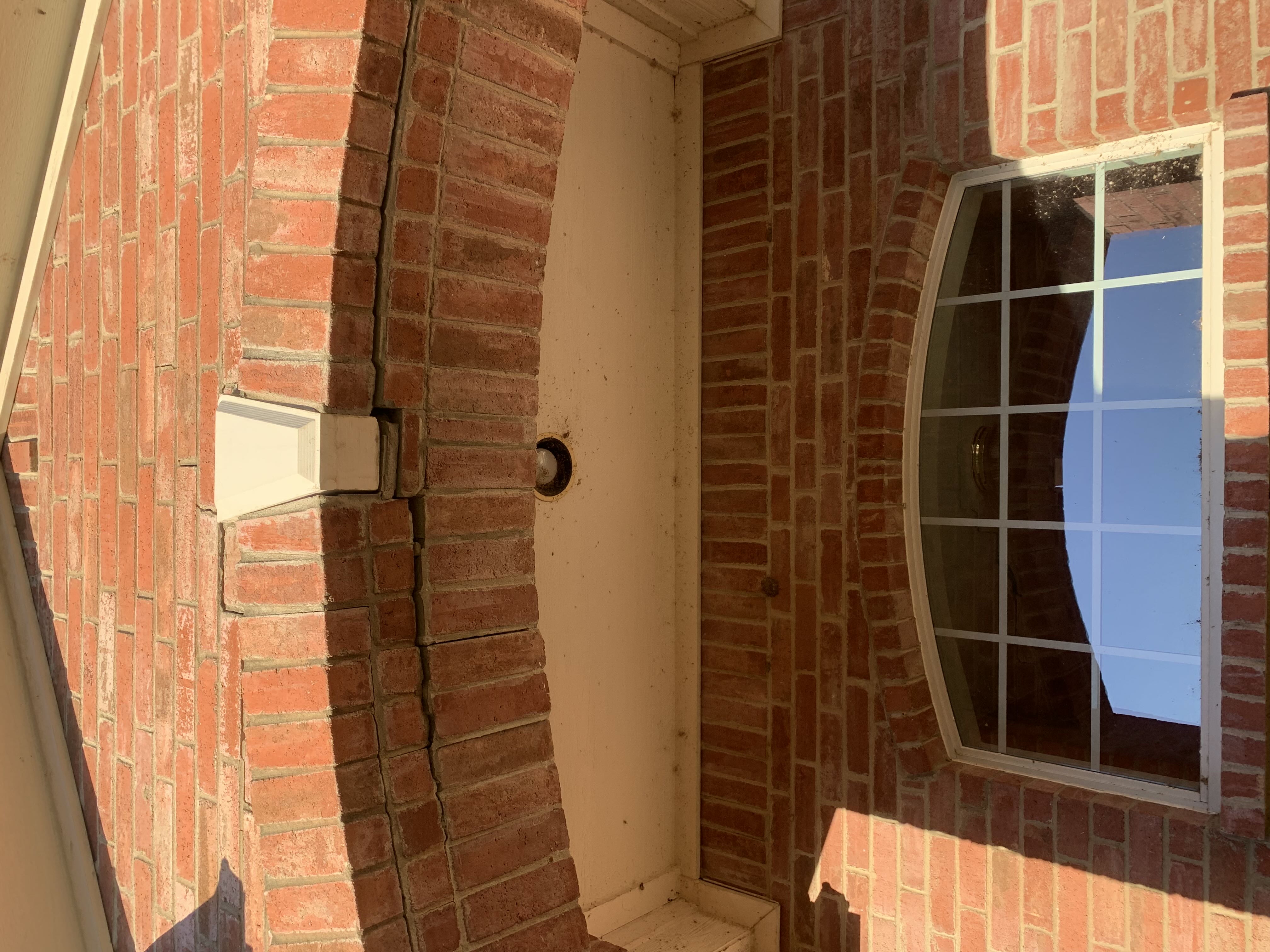 The 3-man team worked efficiently and quickly. Cleanup when finished was very good.

Thank you for the review. We take great pride in satisfying our customers!
2.0

Received 3 other bids, 2 of which included repairing the uneven bricks that I believed were included in the estimate from Lonestar after discussing it with JR, even being shown photos of similar previous work. When work was “completed”, I was told that leveling of the bricks was not included in the original estimate and was sent a second price for that - which would have made Lonestar the highest total estimate. The final mortar repair closed the cracks but minimal effort seemed to have been made to match the color or texture of the original mortar. Very disappointing considering the amount this was now costing for mortar repair and chimney sealant only.

Description of Work
Needed cracks in mortar repaired, chimney sealed and a section of brick removed and leveled.

This was not included in the accepted estimate. We have given an estimate at cost to complete additional repairs not previously estimated. Perhaps after receiving other bids customer was confused.
5.0

J R and his crew was very fast and professional. They showed up on time as promised and completed the project in less time than what was quoted. I WILL use them again

Description of Work
Leaking fireplace that had to be repointed and sealed. They also sealed the inside of our fireplace to close up all air leaks.

JR and his crew very friendly and professional. They left the area clean and I am very pleased with their work.

This company is professional, provides great information, kept us informed along the way and finished on schedule despite some rain delays - they worked on Sunday afternoon to get it done on time! Cannot say enough great things about this company for any masonry or brick finish work!

From initial call for estimate, to work being done went smoothly. Crew worked well and did not appear to mind when I asked questions. They took before and after pictures of the chimney cap repair to show me. This was appreciated as I could not climb on the roof !! Work was done late August and thus far no problems noted with work performed.

Description of Work
Several areas where mortar was cracked around home and deterioration of mortar cap of chimney.

Most professional company I have ever used. Told me what needed to be done, scheduled the work convenient with my schedule, arrived ontime, completed the work in a timely manner and cleaned up when the work was finished. In addition, JR and his crew are fantastic.

Description of Work
Repair cracks in mortar, brick and concrete

I could not say enough good things about Lonestar. They were incredibly nice, professional and diligent rom the time JR showed up at my door to provide an estimate through the end of the job. They pay exceptional attention to every detail. I would highly recommend them to anyone.

A crew of four people come out and they were amazing. This was a somewhat DIY project where I was installing waterfalls inside the pedestals. The crew not only did a fantastic job matching the mortar color of the existing mortar, but they also helped install the waterfalls and PVC plumbing. They were friendly, professional and very skilled. I would definitely recommend Lonestar Masonry Repair!

Description of Work
I have four 51" stone caps that needed to be laid on top of some short stone pedestals on each corner of my pool. There also was one pedestal that had actually started coming apart and needed to be repaired.

I only have very positive comments for Lonestar Masonry. JR was a super professional individual to lead the project. Truly going above and beyond on getting drone out to assess the situation. Show me in detail what needed to be done. Took pictures before and after to show me the quality of the work. Made sure the top was engineered to ensure rapid water run off top of chimney and waterproof masonry. Best part was the high quality at a very reasonable price for two day job. I would easily recommend you contact Lonestar for masonry and brick work.

Lone Star Masonry provided excellent service, exactly what I was looking for which was a full thick white mortar finish coating to my 2-story red brick exterior walls enclosing the courtyard. This treatment really brightened up this space which doesn't receive much direct sun at any time of the day. Yeah, I could have just painted the brick, but that wouldn't have achieved the high-end look of almost stucco-like appearance, plus paint can become a maintenance chore over time I didn't want to deal with. Their attention to detail and thoroughness was admirable.

I cannot day enough about the quality and professionalism exhibited by Lonestar Masonry. The brick facing on two chimneys had started to fall off due to old age, poor mortar and storms. Lonestar found a good brick match, cut each brick in half, removed old brick, added new mesh and rebricked both chimney’s. This was all done at a great height. Perfect job! Expensive, but reasonable compared to other quotations.

Description of Work
Repair brickwork on outside chimney.

The service and communication were both outstanding. The work was completed and required additional touch-up. I called and they came right back out do the touch-up work.

Description of Work
Cosmetic fill-in of the slab corners.

It went great! For the price, we got work that looked amazing. It was not cheap but they were able to repair it all and it looks like the cracks never existed. They even repaired and cleaned up a sloppy patch job that was done by the previous owner. Would definitely hire again. It was an investment in our property and just added so much value!

Description of Work
Brick and mortar repair on exterior of home. Foundation issue caused exterior cracks. Foundation was repaired but had to hire Lone Star to repair brickwork.

It went absolutely wonderfully. These guys exceeded my expectations. Our project director, JR, was there every step of the way. It was not one of those things where a really competent guy shows up and makes the estimate, then a crew shows up that only seems to half know what you asked for. He was there the whole time, the work was great, I would use them again

Description of Work
Extensive work to repair cracks on almost every exterior wall in the house from foundation movement. We had installed the peers a year or so ago, waited for it to settle down, but of course the cracks were still there.

J. R. had not came out by 5:30 pm on Friday, March 3, 2017 so I called the office number and was informed by Charity that J. R. was running late due to traffic but he was diffinitely on his way coming from Mansfield. I live in southwest Fort Worth. By 6:30 pm J.R. still had not arrived so I called the office again and had to leave a message as no one picked up the phone. I advised that since he was a hour late and I had to leave for another appointment if J.R would please do the estimate without me being there and call me with the results. I did not get a call from this company on Friday. Charity finally called me on Saturday around 3:30 pm and left a message stating that she was sorry that J. R. did not show up on Friday, but someone will be out Saturday around 5:30 pm. to perform the estimate. I was out of the area at the time and could not be available for this unscheduled time. I again attempted to call on Monday, March 6, 2017 but again I got the company's voicemail. The no call, no show is not a good business practice for a potential customer. I even attempted to call on Monday, I have yet to hear from this company regarding the estimate. Jackie A.

Description of Work
I called the company and spoke to Charity to arrange an appointment due to the mortar and brick cracking on the archway of my home. She was nice to advise me that the next available appointment was on Friday, March 3, 2017 at 5:30 pm. She further advised that J. R. would be coming out to perform the estimate.

I am sorry we had to reschedule your appointment to the following day due to traffic delays. However, JR did go to the rescheduled estimate time at which you were not present. He took several pictures and inspected the area s of repair. The pictures are time stamped. He has tried several times to contact you to inform you that this repair is structural and cannot just be filled in with mortar.
5.0

The guys did a great job. Showed up early and got right to work. I walked around the house thinking I would be able to tell where they made their repairs and I couldn't, I was amazed. Thanks guys for a job well done.

Description of Work
Cracks in mortar in brick home and caulking around windows needing replaced.

The repairs were excellent and you can't tell anything had been done.

Description of Work
They repaired damage to my brick mailbox caused by somebody backing into it. They also repaired part of a wall that had some cracks in the brick and were shifted.

They did what they said they were going to. The work looks great they matched the color perfectly I'm so happy.

Description of Work
Crack repair around back of house.

Great! Called the day before and job was completed by the following day! Awesome!

Description of Work
Seal between the joints of the brick

The guys arrived on time and worked very efficiently. They reset a stone that was falling out as well as removing the old mortar and replacing it with new. They did a great job. We would definitely use them again.

Description of Work
Replaced the mortar around the windows on the outside of the house that was literally falling off.

From the detailed estimate to their meticulous work, JR and Ryan "transformed" my house all along the front and made it safe again with their beautiful repair. They were both patient in all their explanations, so professional, and went the "extra mile" in all they did. I can't imagine calling anyone else for future work and would rate Lonestar Masonry Repair at double whatever the highest rating is. I am so thankful I chose them!

Description of Work
Repaired/replaced the mortar across 11 rows of brick on front of house. They cleaned the brick as well, replaced caulking over the mortar where it met the driveway, cut out the expansion joints and replaced damaged mortar there as well. As an extra measure, they applied concrete water-proofer over all their work, since I had been getting water coming into the house at the base of the wall during storms. Everything they did was perfectly executed and done exactly according to their estimate.

Great. I had new Windows installed and all the brick window seals fell out. The installer had to chalk them in place. Lone Star took them all out and replace and matched the mortar color. Very happy with quality.

Description of Work
Mortar and brick repair around the house