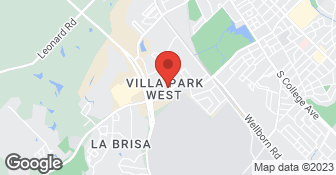 Enercon Windows and Hardware, LLC. is a family owned and managed business servicing the Bryan and College Station (TX) areas and a majority of central Texas including the Brazos and surrounding counties. The Beard family has been part of this community since the mid-1960s and has established deep roots. We know central Texas and what solutions work best for this climate. More than just owners, we are actively involved in creating solutions for your window needs. We encourage you to talk to your neighbor's about the reputation of Enercon Windows and Hardware, LLC....

After only 4 years some of them are already failing. I called to get them out to take a look and they couldn’t be bothered. Even though the windows have a 10 year warranty, why in the world would I want them to “fix” them when they did such a p***-poor job the first time? By the way, they were not the cheapest estimate and came recommended by someone we knew.

Description of Work
We replaced all our windows

In August 2021 we paid half — nearly $500 — to replace a single window. That was the last we heard from them. The promised install date — the first part of October — came and went without them showing up or calling. When I finally lit a fire under my husband to call them, they told us it would now be November. The same thing happened again, except now it would be December.And then they did it again, except that now, there is no install date AND no refund offered, with them blaming it all on the manufacturer. We are now in the position of being forced to sue. The only work they actually did at all was to take our money.

The scheduling was painless but following the first day of work trash, broken glass, and tools were left behind and in our driveway. They weren't scheduled to return the next day so the garbage would have been left behind for many days to come. After installing the windows we found that a few of them had been done improperly. They came back to fix those. Several months later we noticed that 2 of the windows had fogged. They came back out and discovered that all the windows were incorrectly sealed. I give them only a D based on their willingness to come back and finally resolve all the issues much later. Otherwise the experience constitutes an F.

Description of Work
We had all of the windows in our home (approximately 11) replaced.

We have been using Enercon for over 10 years. Lately they have been patiently working with us on what appeared (to us) to be a mis-installed retrofit window. They went over and above in making sure the window was properly and completely sealed and caulked. They pointed out other possible causes. In time we figured out it wasn't the window, it was a gable vent which we had repaired by the good folks at Schulte. In the past they have replaced and upgraded windows in our two houses and we will be having them come out shortly for some small repairs that are needed on the current house. I've also known Oscar Beard for many years through his association with Rotary International, College Station Morning Club. Fine folks all the way around.

Description of Work
Worked with us to diagnose a leak appearing at a window.

Since 2006, we've specialized in Bath and Shower Remodels, Window and Door Replacements, and Insulation for your home. As a local company, it is our pleasure to offer only the best products and solutions, because we know the heart of every Texan home, is a family. Your new home improvement project should be a great experience! So choose a trusted contractor you know you can count on! Over 15,000 Texan Families have trusted us with their home renovations. Give us a call today! M-39963  …

Looking for replacement windows, roofing, siding, doors, or attic insulation? As the nation’s largest full-service exterior home remodeler, we offer high-performance products and professional installations and a lifetime warranty. With 900+ lifetime Angi Super Service awards in our over 30 years business, we are committed to understanding your goals so we can transform the vision you have for your home into reality. For a free, no-obligation estimate, contact us today!  …

How is Enercon Windows and Hardware, LLC. overall rated?

Enercon Windows and Hardware, LLC. is currently rated 2.6 overall out of 5.

No, Enercon Windows and Hardware, LLC. does not offer free project estimates.

No, Enercon Windows and Hardware, LLC. does not offer eco-friendly accreditations.

Are warranties offered by Enercon Windows and Hardware, LLC.?

What services does Enercon Windows and Hardware, LLC. offer?