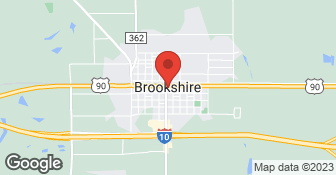 We are a full service air conditioning and heating company. Whether you need Sales or Service our licensed technicians are ready to assist you. We are licensed, insured, A+ rated members of the BBB. We have completed full background checks, on all of our staff, for your protection....

David Flores with his smelly crew for starters overcharged some 18K for truly junk work. He installed 2 Trane units plus a carrier mini split and a mini split for my office. David rather than use a stud finder, rather he uses screw drivers any thing to find the beam leaving my custom walls full of holes which he calls cosmetic damage thus will not pay my cost to have the walls repair, close to $600 to me, no joke, these are hand plastered custom walls which was explained to him from the start. My photos will shock you, this was more vandalism...zero respect for my home.. David Flores also doesn't use a leveler, the3.5K carrier mini split was no joke 5plus % lopsided, still, the unit drips like nuts, his attempts to repair this gets worse 3 times now when i call him on it, for over a week he promises 4th attempt to fix it right ... he doesn't show up as promise now nor does return calls as promised. I will have to file a law suit for damages far beyond "cosmetic damages"...my photos tell the whole story, beyond belief really.

I was truly impressed with every aspect of the installation. Air Bourne Air priced this system very competitively, immediately winning my business. Initially I was concerned due to the aggressive pricing, however they performed magnificently on every aspect of the installation. David Flores is extremely customer oriented and after the installation, he followed up on multiple occassions just to check if everything was installed properly and that we were happy with the results. In addition, to save us the trouble of registering the warranty, he took on the responsibility and immediately emailed us the documentation. His service warranty along with the Manufacturers warranty was the best from 5 competitors. I would highly recommend David and his company for Service and new equipment installation. His 5 year service warranty with a one year free service agreement is outstanding. I feel VERY lucky I found him. Our Air conditioning system went out at the worst time and he accommodated us by installing a complete new system the next day. He showed up the next morning with his crew exactly on time and they worked all day in the sweltering heat installing the system. I cannot recommend David and his company more highly and would certainly utilize his services again.

Description of Work
Removed and Installed a brand new 5 ton TRANE XR17 compressor, with a matching evaporator coil and gas furnace. A Ultra violet light was installed for mold and bacteria control in addition to a programmable two stage thermostat which can be accessed and controlled remotely online.

Best deal from this company. I asked the prices for a few companies, and they came with the lowest. They got job done as we agreed and no surprise. They were also very on time. In general, I was very satisfied.

Air Bourne Air replaced my A/C and furnace unit. They did a wonderful job!! They were reasonably priced, on time and completely professional. Wilmer, the head installer, was so responsive, always picked up his phone. He made the process easy.

iThey fixed the A/C unit by replacing parts which they had on the truck. I came home on a Saturday afternoon and found my A/C was out. I started searching Angies List for someone who would be able to come out. My husband noticed the Air Bourne Air Inc truck 2 houses down and walked down to ask them if they could come by which they did as soon as they finished. They had everything up and running in no time. They were very professional, hardworking. This was an unexpected job for them and finishing up at almost 10PM it was late and it didn't matter to them. We were only charged for parts and labor not even a trip charge. Thank you AirBourne!!!

Description of Work
They fixed the A/C unit by replacing parts which they had on the truck.

David came on a service repair call. The compressor had gone out on my 13 year old unit. I decided to not repair the compressor and David prepared 3 quotes on full system installs for me (compressor + coils + furnace). The options were a high, medium and lower price. He explained the whole system to me and how each part interacts. He did not try to upsell me on tonnage or seer rating. I went with the medium option. The install was scheduled for the following monday. The install crew arrived on time and David was present for most of the install. The crew was respectful of my property and polite. After the install David gave me a "tour" of everything installed and made sure I submitted the information for my warranty. So far the unit has performed as expected. I also signed up for a 2x / year service for $125.

Thank you so much for your positive response! We love making our customers happy!! Please let us know if we can assist you with any future needs!! Sincerely, Marie Felegi PR & Marketing Director 281-242-1245
5.0

Excellent. They have also done a repair on my refrigerator. There work is well done. They do not try to repair anything that does not need fixing. Arrive on time and complete the work in a timely manner.

Description of Work
My 11 year old washer would not run. They had to replace the main control board.

Thank you for the wonderful response! We appreciate your positive feedback and continued business relationship! We love referrals, please continue to spread the word!! Thank you so much!! Sincerely, Marie Felegi PR& Marketing 281-242-1245
5.0

The repairman was on time and very polite. He explained what was needed to fix the dishwasher and quickly made the repairs.

Thank you so much for the positive feedback, we look forward to making each customer happy! A referral is the best form of flattery! Thank you once again, and have a wonderful day! Sincerely, Marie Felegi PR & Marketing 281-242-1245

We install and repair home appliances. We take great pride in our 25 years of experience, expertise, quality, and customer service that we provide to meet the consumer's needs. It is our mission to provide excellent workmanship and complete customer satisfaction from start to completion of a project. In order to understand the needs and expectations of our customers, we take great care to work and communicate with every customer in a professional manner. Our reputation is based on service, safety, and quality, regardless of how large or small the job. Ask us about our senior and active military discount.  …

Locally owned and operated, we offer excellent service for service, sales and installation of Air Conditioning, Heating and Air Quality Home Comfort needs. Located in downtown Katy, we cover areas on the west side of the greater Houston area.  …

IF YOU'RE LOOKING FOR COMFORT YOU CAN COUNT ON, YOU'VE COME TO THE RIGHT PLACE. Whether you need ac repair , and need it fast, or are looking to invest in new HVAC equipment for your home, Air Star Now can help. Ask around. Our name is well known and respected in the Houston area. Why? Because our HVAC techs truly care about your family and their well-being. To us, you're not just a potential sale. You're our neighbor and ally. Browse our site and you will find plenty of information to help you understand your home's heating and cooling systems. You'll learn why you never want to DIY a repair and what steps you can take to keep your ac maintained and operating efficiently. Experiencing HVAC, humidity, or allergy-related problems in the Houston or Katy area? There is no need to suffer. Let our skilled technicians explain how these problems can be resolved and take the steps necessary to ensure your comfort all-year round. Air Star Now offers financing and guarantees on all work in and around Houston; this makes the decision to choose us both a comfortable and secure one. Give us a call at (713) 929-9595 to get a quote on ac service or replacement. At Air Star Now, we go the extra mile to earn your business and will never stop working to keep it.  …

No plumbing or electrical (requiring an electrician)

Air Bourne Air Inc. is currently rated 4.5 overall out of 5.

No, Air Bourne Air Inc. does not offer eco-friendly accreditations.

Are there any services Air Bourne Air Inc. does not offer?

No plumbing or electrical (requiring an electrician)