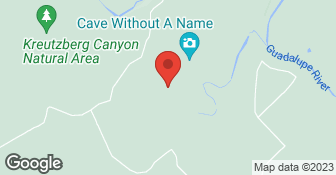 Great!!!!! Final product exceeded expectations. Project was closely monitored. Project Supervision was great and occurred daily. Communications were done in person, via phone, email and text messaging - never an issue in communicating. Project expense was closely monitored and readily available when needed. Work area was kept clean and organized - never had to request any type of clean up to be performed. Sustainable Homes did a fantastic job!!!!

My wife and I were interested in building an energy efficient home. Being new to Texas, we were not familiar with contractors in the area so we searched online for green builders. We found ‘Sustainable Homes, Inc.’ Owner, Darrel McMaster. Their website explained the technologies they incorporated in their homes such as geothermal, solar, spray foam insulation, water collection systems, etc. The website listed several options and the cost per square foot depending on the options you chose. We contacted them and met at a home they were completing. Mr. McMaster and his wife seemed very knowledgeable and we believed he was the right contractor for us. When we originally checked their website and spoke with them, the numbers quoted seemed reasonable. We later realized some of the tactics they used to keep the numbers low…such as poor quality windows and only stained concrete floors. All allowances were very low. Unfortunately, we did not realize this until after we had signed their Pre-Construction Agreement. We were required to sign a Pre-Construction Agreement and pay $3725.00 plus half of the architect fees upfront with the balance due when the plans were completed. Their Pre-Construction Agreement stated that the agreement was “for the specific purpose of completing plans and specifications necessary for construction of the home”. It was quite vague we realized later. Mr. McMaster’s contribution was predominantly to serve as an impediment to the progress because of his unwillingness to share our preliminary plans with the architect which resulted in much frustration on our part. The architect had to make many revisions which could have been avoided if he had been given the correct information in the beginning. Our daughter had to draw the plan we wanted which we forwarded to the architect before we saw anything close to what we wanted. We had to pay the architect in full for the home plans before we received the final copy…which we never received. There were many red lights along the way which we ignored because we knew we would lose the money we paid upfront if we backed out. One example is Mr. McMaster telling us we needed to set up an account with the electric company which he said he could not do. We later learned this is normally handled by the contractor. He did this so we would be paying the electric bills during construction. Any time we questioned something, Mr. McMaster became defiant. We finally had to tell them we could not move forward with their company. We needed a contractor we could trust. Mr. McMaster failed to provide a complete, itemized list of the systems and materials which are necessary for the construction of our home. The home plans were incomplete in spite of the fact that we paid for them in full. We had to have the plans corrected and completed by the company we are now working with. The contractor we are now working with did not charge until construction began and informed us that is the normal process. All pre-planning is part of securing the job. Unfortunately for us, we could not find any information about Sustainable Homes, Inc. or Darrel McMaster online. We want to help others avoid the experience we had by avoiding this company.

Description of Work
Sustainable Homes, Inc., owner Darrel McMaster, met with us on multiple occasions during the Pre-Construction phase of building a new home. The money we paid was for the Pre-Construction Agreement and the architect's fees. We did not receive the services for which we paid.

First, thank you for the opportunity to respond. We have been building homes for over 40 years and have built over 2000 homes in that time frame. For the last 10 years we have committed to building homes that make use of the environment for all of the utility needs of that home. Our customers range from environmentalists to survivalists and don’t tend to be your standard homebuyer. In the case of the [Member’s name removed], we met with them on 5 different occasions, showed them our homes and the systems we use. We made site visits and reviewed their concept drawings prior to requesting any funds. It is our practice when dealing with new clients, once we become involved in developing plans and providing specifications, to have them sign a preconstruction agreement and to pay 1% of the initially proposed cost as compensation for our time and expertise offered prior to any contract commitment. The [Member’s name removed] signed the agreement and paid the fee on February 18th without reservation. We met with the [Member’s name removed] 12 times including 4 site visits, visiting home we had built, meeting with the architect, making plumbing, flooring, tile and stone material selections, not to mention countless emails and telephone conversations. We spent a great deal of time with them trying to work out every detail of their project. At no time did we prevent them from communicating with the architect nor did we keep any information they had provided us from the architect. How would that possibly benefit us? It is our understanding that they were never charged for additional revisions simply a flat rate. The [Member’s name removed] state that they were not provided plans and specifications, in spite of the fact that they used our plans and specifications to achieve acceptance and approval from the homeowner’s association, which they accomplished. As for not finding information about Sustainable Homes, Inc. or Darrel McMaster on the internet, we have some of the highest visibility of any builder in the country. Just Google Sustainable Homes of Texas or Darrel McMaster.
5.0

I am still working with them and so far it has been very good. The staff is wonderful.

Description of Work
I have used Sustainable Homes. They are building a barn and installing solar panels.

Reyven Contracting is a Veteran Owned and Operated Home Improvement Contractor business in San Antonio and the surrounding area. We are licensed and insured so you can have peace of mind. We follow three simple principles: Be Honest, Provide the Highest Quality, and Remain Accountable to the Client. We strive to create enduring relationships and be the number one trusted Home Improvement service in San Antonio. Your complete satisfaction is the only true measure of a job well done! When you hire our services, rest assured you will get the highest level of customer service that you deserve and need. Get in touch today, and discover the advantage of working with Reyven Contracting.  …

Building Relationships in San Antonio and Austin Alamo Construction and Demo, is a full-service residential and commercial construction company with the resources and expertise to make your plans a reality. With 30 plus years in the industry, we will guarantee your satisfaction and are licensed with the city of San Antonio and are covered with general liability insurance and can supply info upon request. We are A+ rated with the BBB and have been consecutively year after year, we welcome to check that out on the BBB site. We will also be glad to share more references of customers that were happy with our service. Insurance claims are always welcome, and no job is too small. We look forward to hearing from you and assisting you with your project.  …

Sustainable Homes Inc is currently rated 3.7 overall out of 5.

No, Sustainable Homes Inc does not offer eco-friendly accreditations.