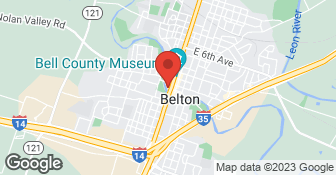 No matter the size of your residential electrical project, our professional electricians are here to assist you! No job is too small for our electricians. With every service project we begin we provide a 100% satisfaction guarantee! Dr. Watts Electric is fully insured, licensed, and certified. We offer local homeowners with straight forward pricing for our electrical services. We believe that you shouldn t have to guess what you ll be paying at the end of the project. The quote we provide you at the beginning is the price you pay the end of the project! On-Time, Same Day Service, 24 Hour, 7 day service, Safety Plus, 100% Satisfaction Guranteed....

Specializing in Design build remodels, call or click for a quote today!  …

They charge too much thats why I refused to hire them. Too expensive

They showed up on time, and were professional. I thought the work was OK. They spent about two hours which included the inspection. Most work was almost all labor, and the bill surprised me at well over $500.00

Description of Work
To reconnect one attic light switch. I also asked them to check electrical connections on a exhaust fan and light over stove. Performed an electrical check of entire house, an indicated they could not perform any work on property for safety reasons. I was charged for that inspection. During check found one circuit breaker not properly configured. I authorized the repair.

Here is why I would not recommend this company. After seeing their advertisement on TV, we called them to have an estimate on some small work. They came out to our home and gave an estimate for $70. We needed three outside lights on the house replaced, a ceiling fan replaced, and a light in the kitchen replaced. Pretty simple stuff. After they arrived they tried to up-sell us on $10,000 worth of electrical upgrades! I kid you not. Not only that, they wanted $700 to do the light and fan replacements. We laughed, declined, and ate the estimate fee. We then called another local electrical company, which will remain nameless because I'm not here to promote them, and they did a free estimate over the phone. They came out and charged us only $200 for the exact same work and did a stellar job! I would avoid this company.

They are really good at what they do, and are very trustworthy. I like the service, which is cheaper than most. I find them to be reliable and know what they are doing.

Description of Work
They have being doing my general electric for 2 or 3 years.

I heard some noises and smelt something burning from ceiling fan. Called and explained problem and concern. Technician came over looked at fan, troubleshot and found problem. He removed a burnt out remote unit and connected fan to work.

Description of Work
remove a burnt remote unit from ceiling fan, and got fan to work without remote.

The most well known home electrical company in my area is Amos Electric. I called Dr Watts after giving up on trying to get the Amos dispatcher to understand what I needed to have done. There were 4 visits and each time the work on each visit involved something that needed correcting or completion from the last visit. That sounds bad but wiring layout was a quite a conundrum, and a new circuit layout had to be installed. All work was done cheerfully. Dr. Watts provides an estimate up front. If the work takes longer than expected, the price stays the same. The work proved more difficult than expected so they could have revised their estimate, but didn't.

Description of Work
I've had this provider to the house on 4 occasions. Due to poor electrical installation when the house was built many of the outlets and switches were not working. They were repaired. Several new outdoor, kitchen, and bathroom GFCI outlets were installed. Some non working switches were replaced, 2 new GFCI outlets installed, and a bathroom heater fan replaced.

[member name removed], Thank you for the review. We appreciate your view on our company. If you have any thoughts on how we can improve our service, please let us know.
5.0

[member name removed], Thank you for sharing this information with others. Our goal is to always make our clients fill they have been taken care of. If we can do anything for you in the future, please call. Thank You James GM
5.0

Jon was very professional, friendly, and safety concious. I would definately rccommend him an hire him again.

Description of Work
Installed wiring for our new hot tub in the back of the house. Had to run wiring from the breaker box through the ceiling to back of house. Drilled holes in brick to install dissconect box. Used all high quality materials for safety. Installed all wiring on Friday 11-13, tub was set up on Saturday. Jon came back on Monday to wire tub in.

Thank you for speaking so highly of our service. If at any time you need us, please call. As you are aware there is a parts and labor warrenty on the work we did for you, so if you need it please take advantage of it. Thank you again.
5.0

Their service is very good. They did a good job. They were on time.

Description of Work
They put a ceiling fan in.

Great experience from first telephone contact to their leaving the drive way. Neat and clean in uniforms with their names on them. Well spoken and tidy.

Description of Work
When I called to get an estimate they came the next day at the time specified and called ahead to tell me the name and description of techician that would be arriving. After checking to see exactly what I wanted I was given a quote that sounded good to me. Once I accepted a date and time was set for the work to be done. On the specified day arrival was prompt and the work completed in a timely fashion. They installed a complete new line from the box to where I wanted my new tankless water heater and new circuit breaker appropriate for the gauge wire. They also installed a new plug in the living room and a new outside light where there had never been one with switches and circuit breaker. While they were in the breaker box they inspected the entire box for any potential problems. I felt comfortable because they explained everything and why it was done that way and did not talk down to me.