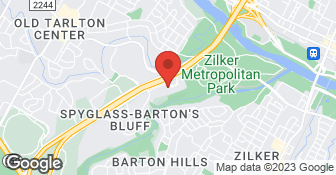 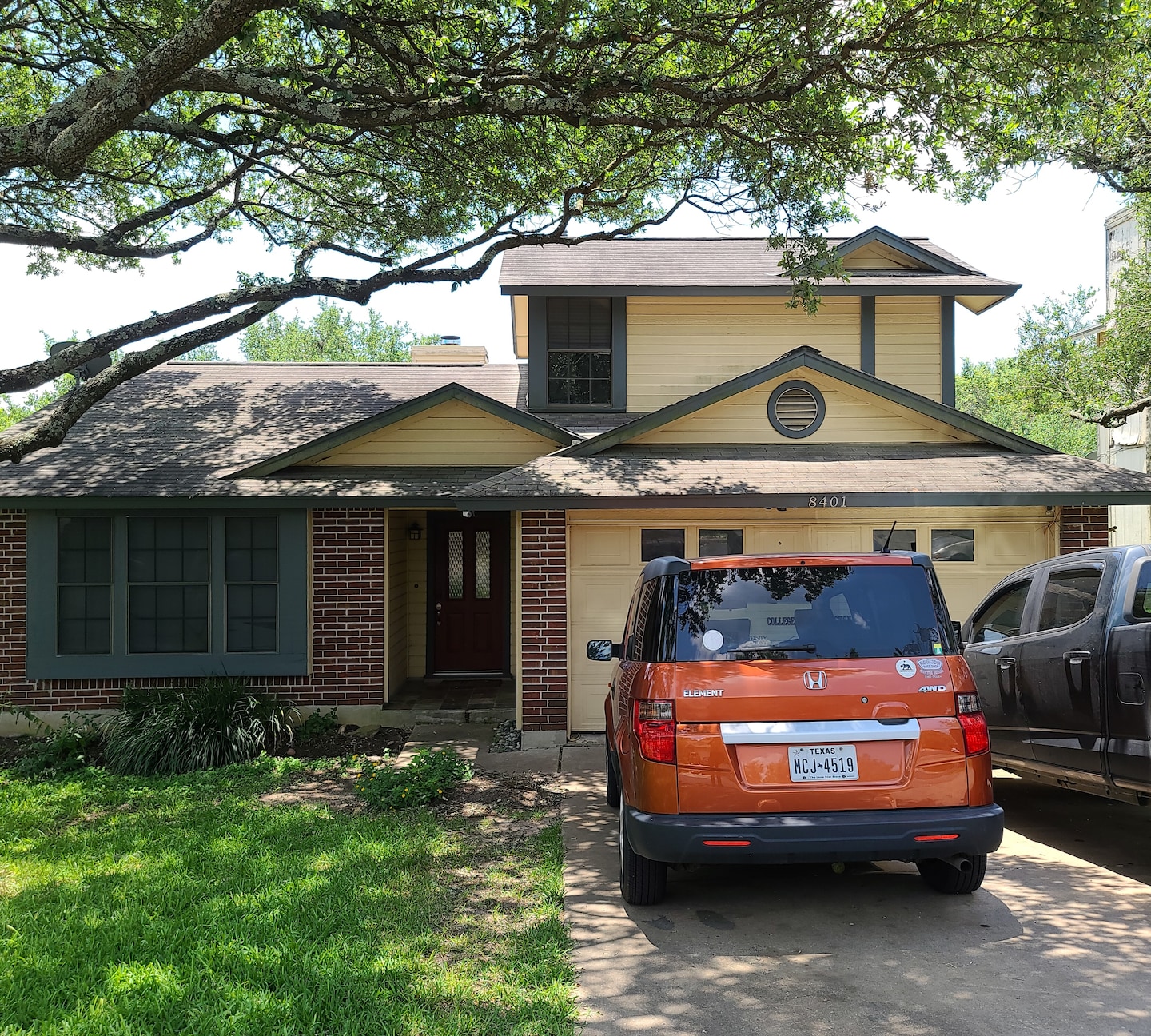 With over 23 years experience making homes beautiful in Austin, TX, Dustin Johnson Exteriors & Roofing is your number one choice for all things home improvement! We offer top notch, warrantied roofing, siding, windows, and gutter systems for your home. Financing is available for qualified customers. Call today for your free quote on your project!...

I needed a new roof and had an estimate from a well known contractor, one I had used before. They had replaced my roof in 1993 so I asked for another estimate. I also needed some exterior work done specifically eaves and some carpentry work, I tried a carpenter that was suggested by the roof contractor I used previously but they took forever to reply and when they did it was very high and piecemeal in nature. So I googled "Total exterior contractor" and Dustin Johnson exteriors and roofing popped up. I called the number and left a message. Within a few minutes Dustin himself called and I explained I needed a roof estimate. Within a couple of hours Dustin was at my residence. I walked him and his production manager Josh around our home pointing out things I needed addressed. Besides the roof work I needed some much needed repair. I also wanted to paint the entire exterior a completely different color including the brick. I explained my budget and asked if he could do all I needed within that budget? Dustin explained in full detail the roof system he recommended and a host of other very important factors I had not even thought about. I explained the look I was after and told him about a house in my neighborhood. Without hesitation Dustin suggested we take a ride and allowed me to show him several homes that had done a makeover that appealed to me. We returned to my home where we discussed the project in whole. While he stated that he could not do the entire job Roof, paint, and repair for that budget, He also suggested installing a ceiling on our back porch, something I had not even considered. He could do all of this for 2k above my original budget. Knowing what the other contractors estimate was and what Dustin was offering I said LET'S DO IT! I wont say what the difference was but it was substantial plus Dustin offered top of the line shingles and paint plus some gutters thrown in to boot. One very important aspect of Dustin I was really impressed with and was also a major influence in my decision was he is an AUSTIN LOCAL! Being native to Austin myself I wanted to keep the cash I spent with a local company and not some fly by night Californian or worse a New Yorker!! We signed up and away we go! The start date was a few weeks in the future but within days Dustin called and said his ability to get the roofing materials had bumped up so they could start in one week! Super! So the army of carpenters and crew began the exterior work. Now I needed a door and window removed and new siding on one side just a bunch of repair! On that next Saturday their painter Mark shows up and let me tell you this one man not only looked the part but was ready and fired up to do the job. I can't really describe Mark he is a phenom of paint and started with power washing the entire house including the driveway area deck. Above and beyond what I expected. The whole project took about three weeks plus the SNOW STORM FROM H***! so 4 weeks total. Dustin is very cognizant of his brand and the optics there of. So no stone left unturned. I cant express how very important that is. He knows that reputation is everything and customer satisfaction is his number one goal!!!!! Was everything perfect no. But I understand that there will always be some issues. It's the nature of the beast and the most important thing to me is how issues are dealt with! Suffice to say there were minimal issues and Dustin and his crew took care of anything I felt needed attention. So to wrap up this post I will say that we not only got the best roof installed but the entire house painted, eaves and overhangs. Trim done and repairs, ceiling on the porch three colors on the house, gutters, window and door removed and new siding and to put icing on the cake he painted the foundation too and the concrete back porch plus installed lattice work on the detached garage. Again all within the max budget that I was keeping secret! One thing I have learned is if you tell a contractor your max they will meet it. Dustin Johnson did what no other contractor does LISTEN to his customers and he knows money don't grow on trees. Not even in the affluent 78704 zip code. So I highly recommend Dustin Johnson Exteriors for your next home improvement project! He is a local guy with ties to this community and he is dead set on doing it right because after all it is his name on the sign out front and word of mouth is the best recommendation you can get!! For passion, price and good old gumption you need look no further than Dustin Johnson Exteriors LLC. Kind regards, John D. Beckerley Native Austinite.

Thank you so much, [Member Name Removed]. We are happy we could help and be a part of your project. if you need anything else please let us know. We really enjoyed getting to know yall and working with you. thank you and you a forever a part of the DJE Family!
5.0

Very smooth. They arrived on time for our initial appointment, and were very thorough in telling us everything that’s was going to be done. Once they got started on the roof they were done soon after, and left no mess behind. I will be contacting them for other exterior projects.

Thank you, [Member Name Removed]! We hope that you guys will enjoy creating new memories you will make under your new roof as much as we enjoyed installing it!
5.0

Thank you [Member Name Removed]! We greatly appreciate your passive feedback and look forward to serving you again on your next project!
5.0

On time and exactly on budget. Looks amazing.

Thank you [Member Name Removed] for taking the time to rate our company. Every one of these jobs is important to us and we look forward to serving you again in the future!
5.0

Thank you [Member Name Removed]! It was a pleasure to have picked to address your concerns for you!
5.0

Thank you [Member Name Removed]! We at DJE strive to stay engaged with our customers and are so pleased that you where able to find the time to rate us well for the job well done! Be well, sir.
5.0

I’m very pleased with Dustin Johnson Exteriors. Definitely recommending them and planning on hiring them again to continue my home improvement .

Thank you, it has been our pleasure working with you so far, and we are looking forward to our next project together!
2.0

Hiring Dustin Johnson Exteriors to put an Owens-Corning roof on my house was one of the worst decisions I have ever made. Dustin is a salesman, not a roofer. Against my better judgment, I capitulated to his high-pressure tactics, He was a bit intimidating, but I still thought he was honest. That was my first mistake. Hiring him to put on a roof was my second mistake. My third was paying him. It’s clear that Dustin has zero integrity. He overpromises and under-delivers. It’s not about your roof. It’s about his bottom line. He could care less if your gutters have covers, if boards weren't reattached, or if material was left behind. Since the subcontractor told him the roof met code and demanded his last check, Dustin has refused to respond to my calls and texts. Ghosting at it’s finest and customer service at its worst. Full disclosure - Dustin told me he would give me a “discount/credit” for posting a positive review before the roof was finished. My final regret is obliging his quid pro quo request. Please keep that in mind as you read other reviews.

I am mortified at this. Please give me the opportunity to rectify this. I sincerely apologize for this gross oversight. We genuinely care about the total customer experience and you have my word will make this right. I will be calling you right now and you are always welcome to call me on my cell at 5126458455 anytime
5.0

Thank you for your business , please don't hesitate to reach out to me for more work in future!
5.0

Dustin has always brought a straightforward, no BS, tell ya like it is approach. When dealing with your home and investment to keep it safe and lasting, that is a welcomed direction to take.

Thank you for your kind words, I'm looking forward to doing more business with you in future!
5.0

I generally do not give anyone five stars, because there is always room for improvement. This company has been a exception. they have impressed me tremendously! To begin with, I contacted 4 other companies. One gave me a quick quote on patch job on my metal roof, one didn't even get back with me on a quote after looking at it, and the others didn't even contact me back. As soon as I sent my info to Dustin, from HomeAdvisor or Angie's list, he called me immediately! After setting up the appointment, he was right on time. He spent 4hrs talking to me and going over everything. He made me feel comfortable in my decision of changing to a shingled roof and answered any questions I had at any time during day or night. He went way above to make me feel like I was part of his family! His crew did a amazing job and even came back when I noticed something I wanted to be done. I don't trust to many people, but I do trust Dustin Johnson and his crew to do the job right! I highly recommend this company! Not only a good family owned company, but amazingly good, honest people!

[Member Name Removed], Thank you SO MUCH for the stellar review. It was a pleasure working with you and getting to know you. Please reach out to us anytime.
5.0

It went fantastic. The crew was on time, clean and courteous. Dustin and his wife, Amanda are some of the kindest people I have met. Tim, the project manager, was on-site and managed everything and kept me informed throughout the whole process. I highly recommens them!

Description of Work
Roof and Gutters

Thank you [Member Name Removed] for your feedback. It was our pleasure to be working with you!
5.0

Description of Work
New roof and all the exterior siding was replaced.

Thank you for your business, your time and patience.
5.0

Thank you for your business , please don't hesitate to reach out to me for more work in future!
5.0

Dustin came over quick to check out our problem. He offered several solutions and worked with us to troubleshoot a water issue which are notoriously difficult to pinpoint. Dustin was super nice and was really committed to fixing our problem. We're really glad we found him!

Description of Work
Identifying a leak and repairing.

It was my pleasure working with you guys as well. Thank you for your kind words!

All of your Roofing and Siding Needs

Dustin Johnson Exteriors is currently rated 4.8 overall out of 5.

No, Dustin Johnson Exteriors does not offer eco-friendly accreditations.

Dustin Johnson Exteriors offers the following services: All of your Roofing and Siding Needs