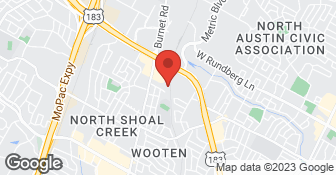 Dan and his crew were fantastic! The crew spent the time needed to thin the branches and make the trees look beautiful. Their price was very competitive to other well advertised tree services.

Description of Work
Trimmed approximately 50 oak trees on my property. Cleaned up brush and hauled away. |I'm a repeat customer. |Great job!

Arrived about 2pm and was completed about 5:30pm. Results look great and amazed how well the cleanup went considering the amount of debris that was cut out of the trees. Can't even tell they were here other than the tree work that was done above. Team of three people worked on the project. Outside of missing a small number of tree cuts that did not get the black paint cover to protect against infestation, everything went great. Very responsive and easy to work with. Would and will definitely hire again.

Description of Work
The tree service was Arbor Care. He evaluated all the trees and the lot and pruned some black lace in my house and removed a tree that was non-native and cabled the tree to prevent the branch from falling that was at risk for doing so. As the tree grows it needs to be cabled. They provided a free estimate as well as for the neighbor.

One crew did the trees and removed he shrubs. Another crew came the next day to grind the stumps with a large machine. The work was fast and professional. The pruning of the oaks openings in the bark were immediately painted with a sealer to protect the tree.

Description of Work
Removed four shrubs in the front and ground out/down their stumps. "Raised the canopy" of three trees and rescued another from utility trimming.

Dan came out to evaluate a tree that suddenly died in our yard. As feared, he quickly told me that it was Oak Wilt. I feared this as our next door neighbor lost many trees last year. He gave me a very reasonable quote for removing the dead tree, as well as trimming up a couple of places where limbs had fallen in recent wind. He then looked at the rest of my trees (over 20 mature trees on property) and made recommendations on which ones to treat. He of course offered to treat all of them, but made recommendations on which trees he would treat first if it were his home. We chose to treat 5 of our remaining oak trees and will and quot;wait and seeand quot; with the remaining trees, After hearing what my neighbors paid for treatment last year for their trees, I was expecting to hand over a good chunk of money, It ended up being far less than I expected. The work was done by 2 different people, one crew to cut down the tree and trim branches, and the other to treat for Oak Wilt. Both crews showed up on time. The first crew was several men. They did a great job cutting down the old tree, painting the remaining stump, and trimming. As an added bonus, they removed a huge pile of limbs that we had trimmed off of some other plants that were set aside waiting to be cut into smaller pieces and bundled for the city to pick up. They saved me HOURS of work. They left absolutely. No trace they they had ever been here, and left my yard cleaner than they found it. I could not have been more pleased. The second guy showed up on times as well. He was extremely polite and kept up updated on everything he did. The only complaint I have is that he didn't clean up all of the dirt that he blew all over the drive way. He used a high power machine to clear the dirt from the roots to access them for treatment and made a huge mess, which was expected. However, I expected that dirt to be cleaned up when he left. It took me all of 5 minutes to sweep the dirt back into the yard, so I'm not changing the and quot;gradeand quot; from an A. However, if there was an A- I might consider that. That one tiny issue to absolutely no reason to call another tree service. They were recommended to me by a neighbor, and I would like to pass on the recommendation to anyone needing tree service in the Austin area. They were professional, punctual, and very reasonably priced. I will definitely call them the next time I need tree work.

Description of Work
Removed a dead tree and treated for oak wilt.

Description of Work
Trimmed dead wood out of trees, and trimmed up Vitex so I could easily mow under. Ground 2 stumps. | |Very professional, very unintrusive, it all went well.

We have the experience and dedication to get the job done right! Specializing in tree services; We guarantee your satisfaction, and we won't leave until the job is done right. We pride ourselves on the quality work we provide, while delivering great customer service! Call or click for your FREE estimate today!  …

We have the experience and dedication to get the job done right! Specializing in tree services; We guarantee your satisfaction, and we won't leave until the job is done right. We pride ourselves on the quality work we provide, while delivering great customer service! Call or click for your FREE estimate today!  …

Anything tree related except planting.

CERTIFIED ARBOR CARE INC is currently rated 5 overall out of 5.

No, CERTIFIED ARBOR CARE INC does not offer a senior discount.

No, CERTIFIED ARBOR CARE INC does not offer warranties.

Are there any services CERTIFIED ARBOR CARE INC does not offer?