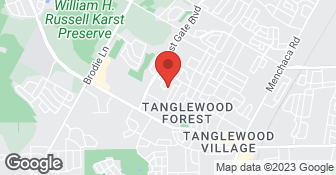 AAA Fence Pros is Angie's List highest rated fence company in the South Texas area. We are a fully operational residential and commercial fence company serving San Antonio, South Austin, and the surrounding areas for over 15 years. Our normal completion timeline on most jobs is only 1 to 2 days. We do not hire or use any subcontractors; all of our crew members are full time employees and have been trained to meet our company’s standards. As always has been our payment policy: No Money Down. Full payment due only upon completion and complete customer satisfaction. Unfortunately at this time we cannot accommodate small jobs such as: gate repairs, fence repairs, and jobs less than 40 linear feet. We have also discontinued the installation of residential chain link fences due to the low demand.

With thousands of satisfied customers, Austin Drainage and Landscape Development is one of the oldest Austin area companies specializing in commercial and residential drainage systems and corrections and performing retaining wall and concrete construction. Austin Drainage and Landscape Development has expanded services which includes residential and commercial landscaping, hardscaping and irrigation. We are dedicated to professionalism, reliability and are ready to serve you.

I called Shannon after getting a suggestion from a neighbor he had worked for. I had been trying to find someone to do a moderate size landscape project. Shannon came when he said he would. We met twice before he submitted his bid. He was able to gel my husbands wants and my desires. It is difficult sometimes to translate what is in your head to an on the ground project but Shannon managed it. He ...

This job started in October and ended May 1st.  A two week job took 7 months.  Tree stumps were left, dangerous debris, wire fencing, and empty plant buckets.  One tree bucket too heavy for me move. No longer in use irrigation sticking out of ground from trees removed without leveling dirt after removal.  Hoses removed from old irrigation laying all over property.  I designed a walking garden with...

DESCRIPTION OF WORK
Shannon was to do cut trees, hardscape with creek, irrigation, and plant with my design.  It's a disaster scene.

I was very pleased with ,the price and plan I was given and had decided to use them. We spoke several times in person and on the phone, but was never able to make contact with them again. My phone calls were not returned.

DESCRIPTION OF WORK
I received an estimate for landscape re-planting, irrigation system installation and for some sod planting. I don't remember the last day of contact, but it was last fall.

They were very nice, great quality. Again, we got fancier version with multiple colors/logo so you can go for the basic which I'm sure would be just as high a quality. I would highly recommend them for curb design. Very appealing, people notice it and have commented on it.

DESCRIPTION OF WORK
Curb Design (ie: House # painted on curb) - We got the fancier version with multiple colors/logo.

My mother had several sprinkler heads that were broken on her irrigation system, and called around to several service providers. Appealing Curb Designs was the only one that could come within 2 days. Not only did they arrive on time, but they also found that the sprinkler control box needed to be replaced. The gentleman went to the store to find the exact control box and came back that Friday nigh...