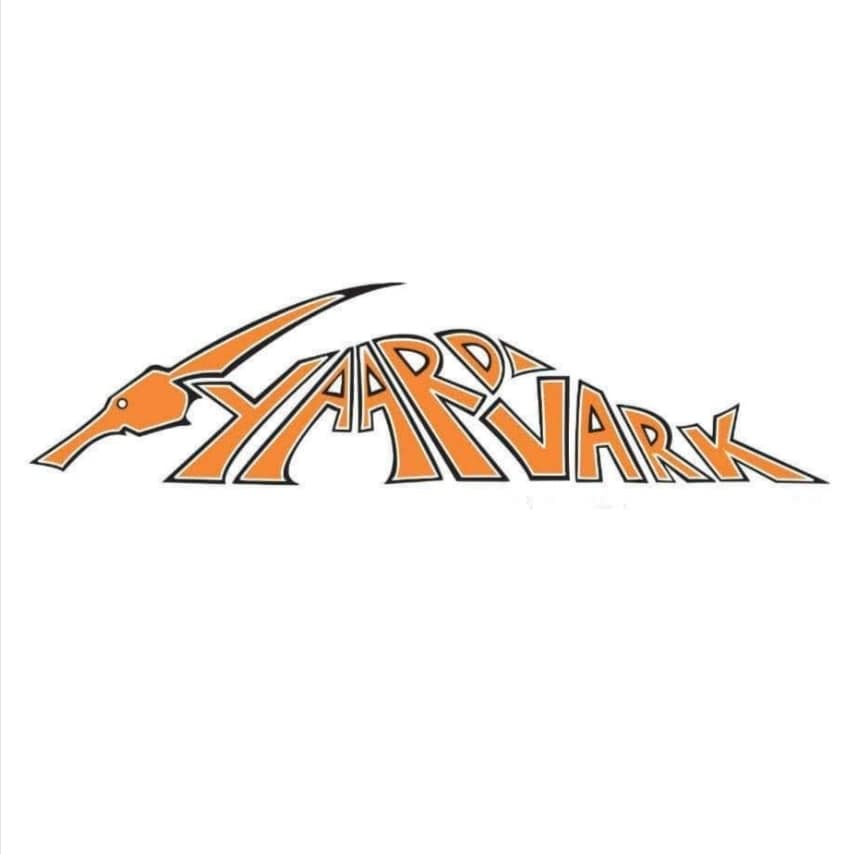 Nick and Chris are absolutely fantastic to work with. They pay attention to detail and do extremely high quality work. I've never had such a good experience with another landscaping company. I highly recommend you use their services!

It was absolutely our pleasure. Thank you for trusting us with your project. We hope to work with you again in the future and really appreciate that you took the time to leave us a review.
5.0

Great! Nick is very professional from recommendations made to installation and the work done wax exactly what we wanted. We were very pleased with the entire process. They even put mulch around 2 of our trees as a courtesy. Clean up was immaculate. I would definitely recommend Nick Plummer at Yaardvark for any landscaping needs.

We really hope you enjoy youre new lights. Thank you for the kind words. You guys were great!
5.0

I’ve been using Nick Plummer with Yaardvark for several years for leaf management and shrub trimming. I’ve been wanting simple landscape lighting for the front of the house for a long time but was hesitant not only because of cost - but was afraid any company I called would try to talk me into more than I wanted. When I called Nick - he promptly came out to discuss. We came up with exactly what I had in mind and within a couple of weeks - they were installed and I love them!!! Great company you can count on!!

We’ve been using Nick with Yaardvark Landscape Management for leaf removal and shrub trimming for several years. They are always prompt and do a superb job. Nick even texted me to remind us of this years leaf removal - which I appreciated. Call them - they do a great job.

They did a very good job. Professional and kept in touch throughout process.

Nick and the Yaardvark teak were a pleasure to work with. They transformed our front yard from an afterthought to the focal point of the house. I worked with Nick to let him know what I wanted (including synthetic turf) and he created a beautiful design concept with mocks that allowed me to see what the final product would look like. Nick and his team not only took care of the removal of the old landscaping but also improved grading and drainage, installed lighting, and took their time crafting the right hardscape to support the design. Great team to work with. Friendly and attenteive. Highly recommend!

Waited for heavy rains before posting a review - their work did the trick, no problems at all. I have them coming to look at other jobs! Great folks to work with.

[Member Name Removed], Im very happy to hear that your pool isn't getting filled with mud any longer. I will try to make it by next week to look at the erosion issue you have next to the driveway. It a pleasure doing business with you.
5.0

Nick helped us dream up our landscaping design. He worked to find just the right plants that fit our house and budget. His team nailed the installation for the landscaping and the lighting. They were professional, friendly, and answered all of our questions. Will absolutely use them for the next phase of our addition.

Thank you so much for taking the time to review our services. We really appreciate that you chose us for this project and look forward to working again with you in the future. Best regards, Nick
5.0

Yaardvark did a wonderful job revising the landscaping in my front yard. I wanted the beds completely redone and Nick, the owner, did a great job of making suggestions about what we should plant and where. Being new to Nashville, I was not knowledgeable about gardening here. He put me at ease with his suggestions about low maintenance plants that would make the yard pop with color. Their price was reasonable and the crew was friendly and professional. I will hire them again in the spring to redo the back yard.

Description of Work
revision of landscaping in front yard

As usual, I got multiple bids, in this case for this 150' Hillside French Drain. Nick of Yaardvark Landscape Management gave a professional assessment of the work, solid advice, and fair price. He his crew, with two trucks and trailers, were able to do the job earlier than we had thought. He work through sunset, I got a First-Class Hillside Drainage System that should last 50+ years, I highly recommend Yaardvark.

These guys are amazing at what they do. I'd hire them again in a flash. Please consider this company .

Description of Work
Had a problem with runoff

Excellent work. They were knowledgeable and made great suggestions for plants and shrubs that made a big difference in looks. Will call again!

They were very professional and knowledgeable. Great to work with!

It was an excellent experience. Nick and his team worked with us to get a lighting plan that met our needs and fit within our budget. Everything went as promised-- and the lighting looks great.

I've worked with Nick and Yaardvack for 6 years now. They've been thoroughly honest and transparent with me in every interaction. I recently had them do some landscaping for me and they replaced several dead evergreen trees in my backyard. They did a great job, made sure the site was cleaned up and everything was presentable. They also went above and beyond and adjusted some of my sprinklers for me to ensure the new trees were getting adequate coverage. Pricing for the work was fair and they followed through with support when I needed their expertise on proper plant care. Really appreciate doing business with an honest company like them and they've earned my business for the past six years and going forward.

It has been our pleasure to provide our services at your property. Thank you so much for these kind words. Best regards
5.0

This job went smoothly from start to finish. On his first visit, Nick walked with me through the problem drainage areas and described how he would correct the issues. We also discussed some tree and bush trimming. Nick followed up with a very detailed and competitive quote that described everything discussed during his visit. He stayed in touch with a starting date, weather dependent. When he found the ground to be a little too soggy for much of the work on day 1, he and his crew completed the tree and bush trimming which included hauling off all of the limbs plus other landscape debris that was piled in our yard. Day 2 completed all of the drainage work, including landscape cloth, seeding and straw. Nick was on-site for all of the work and followed up a few weeks later to see if everything was working as planned. He goes above and beyond what is expected.

Description of Work
Grading to correct drainage in backyard, tree and bush trimming.

I contacted Nick Plummer of Yaardvark Landscape Management on Angie's List during the first week of March, 2019. I was seeking to have drainage issues resolved on one side of the lawn and in a portion of the rear section of my yard. Water would pond for a week or so in a low area on the side of my lawn and for a day or two behind the house after heavy rains. Nick called me the next day saying he would get out the following week to see the issue and provide an estimate. He didn't call or come out that week but came on March 19th and provided an estimate online the next day. The job would involve grading,, seeding, developing swales and matting. I agreed to have him do the work and advised him he could pick up his requested 50% initial deposit in two or three days. From that point, weeks went by and excuses followed for not beginning work , namely being tied up on other jobs and twice vacationing with his family. He came out on April 17th and did the work himself that day. He was paid In full at that time with the understanding that he would come back and fix any issue with his work at no additional charge. Afterwards, due to the nature of the drainage work he did, I waited for several rains to fall (about three weeks) in order to determine the success of his work. I discovered that water was again continuing to stand in a small section of the backyard he had graded and texted him about it. I sent him a photo of the area as he requested and waited.. When he stopped by he marked the area with orange paint assuring me he would come back to fix the situation. As of today, May 27th, more than two weeks later, he has not returned or contacted me. Between the delays, lack of follow through and his at times verbally combative responses to me, I cannot say that the two months dealing with Nick has been a pleasant experience. As of today June 3rd, Nick returned and completed the work.

Description of Work
Resolving lawn drainage issues in two sections of my lawn.

Nick was so wonderful to work with! His professionalism and creativity were so refreshing. He was always available to discuss our project either via text, cell phone or email. He met all the deadlines we agreed upon and the finished project was Spectacular!! He was very attentive when listening to us about the “vision” we had for our landscaping & accent landscape lighting. Nick made, what could have been a very stressful project, a complete and total joy! If you’re looking for a reliable, contentious, honest, creative landscape company I highly recommend Yaardvark Landscape! We will definitely use them again for our next big project!

Yaardvark was terrific! I initially contacted them to help with the backyard of my newly purchased home. Not only did Nick offer solutions to the initial issues I had, but he also developed a plan to address water drainage problems to eliminate water leaking into the basement. Even though the scope of the task more than doubled with the drainage work, the job was completed within 2 weeks of my initial contact. As well, the cost of the work was very reasonable and, because of Nick's suggestions, I am confident I will save money in the future due to the drainage issues that were resolved. Nick was extremely professional, knowledge, and amiable. I will definitely reach out to Yaardvark for any future yard care needs.

Very knowledgeable and professional. Nick did an amazing job with recommending and installing the best quality lighting for our home exterior. I would absolutely hire him again and recommend him to anyone.

Thank you for your kind words. The results achieved were fantastic. You have such a beautiful home and this really accentuated its charm while providing security and safety at the same time. I really appreciate your business. I look forward to working with you again in the future.
5.0

Nick was great to work with! I really appreciated the time he took to discuss my project and offer different possible fixes. Ultimately, the project included extending an underground drainpipe, repairing erosion damage to my front yard, and adding metal edging around two plant beds. He scheduled the work quickly, and completed it in one day. Everything looks great, and I was particularly grateful for how Nick went above and beyond: seeding bare patches in the yard well outside the project area, for example, and sweeping the front walkway. I would definitely work with Nick again.