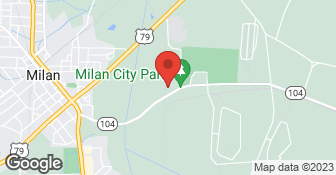 We are a licensed general contractor specializing in foundation and structural repairs. We are a family owned company that's been in business for 40+ years, serving most of Tennessee, North Mississippi, parts of Arkansas and Kentucky....

It needed to be done ASAP because of Insurance and it rained for days so they came out and worked in the pouring rain, They were great.

Description of Work
Worked was perform to correct problems with my foundation. I cannot find the bill on the cost. Sorry! The service was performed approximately three years ago. I do not recall the exact.

Description of Work
Did not use service but Ram Jack was very helpful in telling me what we could do ourselves to save money and how we cpoulod fix the problem ourselves. Even told us where we could by the material we needed and exactly how to do the job

We went with another company after it was obvious they couldn't do the work correctly. They basically told us that and required us to hire our own engineer to tell them what to do. I'm assuming so that they could pass liability. The owner of the house prior to us would have probably spent upwards of $40k-$50k - just guessing. What bothers me is that the "Limited Lifetime Warranty" they presented us with only said 10 years when it was transferred to us. Their advertised business practices and services are far less than what is indicated in my experience. I will share this story - the company we contracted to complete the repairs used the Ram Jack plot to determine where previous piers were located, how deep they went, etc. While working, one of the Ram Jack piers fell out! What was supposed to be 17ft long was actually only 7ft long! Luckily, the company we were working with felt sorry for us at that point I believe - they replaced it free of charge. I've thought about taking that pier back to Ram Jack many times as well as a lawyer.

Description of Work
We actually ended up not contracting them as they did not demonstrate capability with their product. They actually refused to honor their work unless we contracted a civil/structural engineer.

They did excellent work. They're very honest. They don't just give you one price and tell you it's the only way to do it, they give you options and they want the job done right.

Description of Work
They repaired a carport foundation, poured a driveway, and patio.

It was a good experience and they did a really good job. I was very happy with their work. They did whatever they did to support it and it doesn't sink any more. It was probably a premium price but I couldn't have gotten anybody to do it better. The did the job promptly.

Description of Work
I used Ram Jack of Tennessee to jack up my house because it was sinking on the back side.

No work done, decided to wait, but quote was provided quickly and professionally.

Description of Work
Provided quote for foundation and floor repairs. Arrived on time and provided same day quote. Decided to wait on having the work done.

The company told us they could easily fit our job into their schedule as it was a small project that could be done rain or shine. They said they would probably be able to start in the middle of July. By that time we had to call them to find out what was going on, as they had not contacted us. The secretary said it would be the first of August before they could come. Then the first of the month came and they called to say they would come out on the 8th. On the 8th at 9:45, we called to see what time to expect them and the secretary again said they couldn't come, that they would come on the following day. They also did not show up on the 9th, and once again the secretary said they would come on Monday. She said they were delayed due to rain, despite telling us that they could fit us in while other projects were on hold due to weather. It seems we were given the run around.

Description of Work
This company gave us a quote on May 30th to fix a foundation problem. They delayed scheduling for a month then failed to show up twice.

a rep will contact [member name removed] again and explain we have had an abundance of rain this year. sorry for all the delays we are working through our scheduled jobs as best we can.
5.0

Everyone who worked for them was very professional and very helpful. We were given great advice and received top notch work, that was done even earlier than expected.

They made comments about other companies that I didn't like. But they did have a great coupon online, which I initally liked, but it turns out it doesn't do much for the price.

Description of Work
They gave me an estimate, and I thoguth it was fair, but I found someone who was cheaper.

Member I'm sorry you feel this way about our company. im not understanding how you could even give us a grade with us never having done work on your home. the last we were told you were selling your home to an investor and didn't need our services but would give us a call back to let us know.
5.0

Description of Work
We had Ram Jack/MidSouth Concrete Leveling to repair our porch. They used the foam to raise and level the old concrete porch. Very professional employees, cleaned up their mess before they left. Left my yard looking like it did before they arrived.Highly recommend these guys. Would not hesitate contacting them again.

The house is not complete yet. My home is 1,700 square feet. It's been wonderful. They've been right on time. I just like the experience.

Description of Work
They're building my home.

The RamJack TN staff were very professional. The cost of the project was exactly as estimated.

It went extremely well. The work crew was extremely conscientious and careful. They were also very thorough. They did a very good job. They arrived promptly and everything went exactly according to schedule.

Description of Work
They came out and did some foundation reinforcement. They stabilized it.

We are your one stop shop for all your Remodeling,Handyman and Electrical Needs. Give us a call or text today for your free estimate! We look forward to serving you.  …

We provide an array of home repair services, including but not limited to electrical, plumbing, carpentry, etc. 5+ years experience. We strive to build good customer relationships and always stand behind our work. Don't hesitate to give us a call, we'd love to earn your business!  …

Bonded
Insured
All statements concerning insurance, licenses, and bonds are informational only, and are self-reported. Since insurance, licenses and bonds can expire and can be cancelled, homeowners should always check such information for themselves.To find more licensing information for your state, visit our Find Licensing Requirements page.
General Information
Free Estimates
Ask for details
Eco-Friendly Accreditations
No
Payment Options
Check, Financing Available
Senior Discount
No
Warranties
Yes

How is Ram Jack Of Tennessee overall rated?

Ram Jack Of Tennessee is currently rated 4.7 overall out of 5.

What days are Ram Jack Of Tennessee open?

Ram Jack Of Tennessee is open:

What payment options does Ram Jack Of Tennessee provide

No, Ram Jack Of Tennessee does not offer free project estimates.

No, Ram Jack Of Tennessee does not offer eco-friendly accreditations.

Does Ram Jack Of Tennessee offer a senior discount?

No, Ram Jack Of Tennessee does not offer a senior discount.

Are warranties offered by Ram Jack Of Tennessee?

What services does Ram Jack Of Tennessee offer?

Are there any services Ram Jack Of Tennessee does not offer?