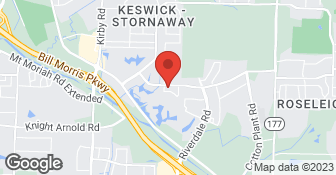 We are a national appraisal association of 300 members. We appraise antiques and art. Some members are dealers and gallery owners but all of us are anxious to serve you. Check our websites http://www.newenglandappraisers.org (click) "Find an Appraiser" for names and phone numbers of our members....

Great! Patricia arrived at my home at appointed time and was very professional .

I never received a response to emails.

I WAS NEVER CONTACTED BY THIS APPRAISER. IF THEY DO DECIDE TO CONTACT ME IN THE FUTURE AND I STILL HAVE THE ABOVE ITEMS, I WILL BE HAPPY TO WORK WITH THEM.

Description of Work
APPRAISAL OF MY LENOX CHINA SVC FOR 8+/, VARIOUS PIECES OF WATERFORD CRYSTAL AND MY CRYSTAL STEMWARE SVC FOR 8+, 3 DIFFERENT SIZE GLASSES.

Excellent! They were very professional, did an excellent job, and were great to work with. I wouldn't hesitate to use them again or recommend them to others.

Description of Work
I can really see that contacting these people is a dead end.

Description of Work
Appraisal of items from parents' estate

Description of Work
House cleaning I paid for four hours and she was done in three and 1/4 hours. I told her she could go

I am a poor man without a job and would like to sell the clock. I just needed a professional estimate of what someone with knowledge of these things values it at.

Description of Work
None , Just a simple value of what it is worth, is all.

We are just starting the process but so far they have been very professional and always there when they say they will be. It has been a pleasure working with Robert. He has made sure that we have all the right information and has been very helpful. We are definitely looking forward to them getting started.

Description of Work
We are needing a new roof.

Awesome. Ed emailed me back within a half hour asking for more information so he could help me. Before I could answer, he'd found someone closer to me who might be able to help. Fabulous!

Description of Work
Finding the company through AL, I wanted to better determine if they could help me with an appraisal or, preferably recommend someone closer.

Iron Horse Antiques & Appraisers were unable to personally view the items I was interested in selling. But, Debbie McArdle was helpful in directing me in the right direction to sell my antiques. I emailed her photos and what I knew about the items. She is very knowledgeable and didn't charge me anything for her service.

Description of Work
I was looking for a local appraiser & found Iron Horse Antiques & Appraisers on the New England Appraisers Assoc website. Debbie, the owner, was very helpful in general valuations of my items.

I was considering selling some silver flatware I inherited. I was unsure of some local antique shops. I calling this business (NEAA) after finding them on Angie's List. I talked to a guy named Ed Tuten. I was very impressed with the amount of time Ed spent with me on the phone. He gave me several tips and advice on how to prevent getting ripped off by any unscrupulous buyers. He referred me to a lady he knows in Florida (where I live). She ended up referring me to someone in my town. I still don't know if I will sell anything, but I feel I know a lot more about how to go about it after talking to Ed. His advice was very much appreciated!

Description of Work
Gave advice on how to sell silver flatware

It went well. As a matter of fact, I was trying to reach them again. I need to call them back to take the items and I never got to do that. They were very good. They gave me a good estimate. They explained the antique furniture to be restored. I dealt with several pieces and they've separated each one for me. Their place wasn't close to me so I thought that it was really nice that they took the time to come so far down to do an estimate. They're clear on what needed to be done in how they explained the process that they're going to use to do it. We discussed some alternatives if necessary. There were some pieces that I had trouble finding knobs and they gave me a website to look for them. If not, they would do it. I thought that it was really good. They did a wonderful job. They could have called me back.

Description of Work
They came and gave me an estimate.

I placed on phone call to the NE Appraisers Association and they did the rest by matching me up with the most qualified appraiser based on the items I had to appraise. I was quite pleased with the service and felt very comfortable working with them.

Description of Work
Through a referral I got from the NE Appraisals Association, two qualified appraisers came to my home and reviewed several pieces of furniture, artwork and jewelry and provided a very comprehensive report within a couple of weeks following the visit. Both people were very knowledgeable and friendly. One of the people that came was also in the auction business so I was able to gather information on that type of procedure as we have a lot of items that need to be liquidated.

Ed is awesome. He has a great phone personality and really gave me a lot of useful information in how the industry works. He was able to give me the phone number of a lady who is in Las Vegas who might be able to help me. I have called and left her a message and I do hope she calls me back and can help me sell this set of dishes

Description of Work
I spoke to Ed Tuten today and I have never enjoyed speaking to someone as nice and as knowlegable in my life. He was able to suggest people in Las Vegas NV who could apraise the set of Wedgewood bone china I have inherited.

I was very pleased with that type of kindness.

Description of Work
I sent photos of my antique porcelain pieces but although they do not appraise these type of pieces. They went out of their way to give me several names of companies in the local area.

I had such a hard time finding an appraiser for this antique sculpture that was willed to us. The insurance company needed an appraisal and the gentleman i spoke with was wonderful. He was kind, knowledgeable, and helped us a great deal. We will forever be thankful...

Mr Tuten was very interested in my situation. He took plenty time to listen to my questions and gave me answers to them plus so much more advise to keep me from making any wrong decisions. I Thank him so much for his help that came from his kindness and years of experience in appraisals. I'm happy with the local appraiser he's connected me with.

Description of Work
He found a local appraiser for me.

My experience overall went great. They were very helpful and gave an honest appraisal. They did not charge me.

Description of Work
I had a painting appraised with them.

I left a message with the particulars and he got back to me in about three days. He asked me to send him pictures and a description by e-mail, which I did. He then called me and he basically said that he wouldn't be able to get much for it at auction since metal four posters are not in vogue at the moment. And if he had to pick it up, that would also reduce the final price. He was very nice, very accommodating and very realistic. Based on his assessment, we decided to give it to friends, rather than sell it, but I would definitely use him again if I had an upscale or antique item to sell.

Description of Work
He appraised a metal four poster canopy bed frame to tell me whether it would be worth it to go to aucion.

Mr. Tuten was friendly and helpful. I will now contact the people he recommended.

Description of Work
Mr. Tuten responded promptly to my email requesting names of appraisers in my area.

I never received a response to my email requesting information regarding the process of obtaining an appraisal for our "slang lamp"..

I am sorry that there was a miscommunication with our emails. The NEAA does not have a member in your area of Texas, if you will send me some photographs of your lamp via email and include measurements, I will try to help you. In all appraisals for personal property the appropriate value is dependent upon why you need the appraisal. Do you want to sell your lamp.. then it's fair market value, do you want to insure it.. then it's insurance replacement value. Please let me hear from you, Ed Tuten, Executive Secretary.

Bonded
Insured
All statements concerning insurance, licenses, and bonds are informational only, and are self-reported. Since insurance, licenses and bonds can expire and can be cancelled, homeowners should always check such information for themselves.To find more licensing information for your state, visit our Find Licensing Requirements page.
General Information
Free Estimates
Ask for details
Eco-Friendly Accreditations
Yes
Payment Options
Check
Senior Discount
No
Warranties
Ask for details

New England Appraisers Assoc is currently rated 4.6 overall out of 5.

No, New England Appraisers Assoc does not offer a senior discount.

No, New England Appraisers Assoc does not offer warranties.

Are there any services New England Appraisers Assoc does not offer?