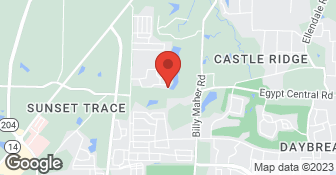 One of the most popular heating and cooling companies in Northern MS, RW Heating & Air has dedicated our business to high standards. We do everything we can to provide the best quality in all of our services whether we are doing installation, maintenance or repairs. Our friendly customer service staff will make every effort to get your problem taken care of fast, even on nights and weekends. Our skilled, licensed HVAC, Plumbing, and Electrical Technicians will provide you with efficient, professional service. Our team takes pride in offering the area’s best customer experience. We pride ourselves on value, by providing quick and cost-effective solutions from friendly technicians. You can rest assured that we won’t try to up-sell you on improvements you don’t need. If it doesn’t make sense for our customer, it doesn’t make sense to us. Doing business the way we’d like to be treated means being upfront, honest, and considerate of your home.  …

Perfect, showed up as scheduled. Ordered parts and fixed it.

A few issues with sub contractors that was fixed but could have been avoided with more oversight.

So, they went ahead and drained the pool so they could measure it for the liner. Until the new liner came in we stopped everything and once the liner was in they would install the pump, liner and get the water to the correct chemical levels, etc. We feel that our pool is in the best shape it's ever been and feel confident they will be continuing to handle all our service needs and it will continue to be in terrific shape. Even though it is still too cool to dive in, we enjoy looking at it and look forward to enjoying it over the summer months.

Description of Work
Actually, we needed a lot of work due to some unresponsiveness of another pool service. Our motor ended up dying and our pool became an ugly "lagoon". Robin and John Russell came to our rescue. We needed a new pump and the most logical and least expensive way to handle was to get a new liner ordered and have them install it.

The summer of 2015 was the first year I used Integrity pool and I have been very pleased with the quality and dependability of the service. The pool is in tip top shape after their weekly cleaning. They dependability came on the scheduled service day or just one day later. I was very pleased that whenever I would contact Integrity Pools (usually through the Angie's List messaging feature) because of an equipment malfunction or some other special case, I usually received a same day response. The occasional repairs they performed were robust and solved the problem. I will definitely use Integrity Pool for the 2016 pool season.

I would highly recommend Integrity to Pool & Spa. We had to have our pool liner replaced after only 5 years due to mistakes made by the previous installation from another company. John Russell was very knowledgeable regarding what had to be done and his staff were very professional. They all understood that we were in a situation where the last liner was not properly installed and we had major issues as a result after having it only 5 years. John and his crew did a terrific job of installing our new liner. It's perfect! The entire process from start to end was explained and we knew what to expect. I also want to thank Robin who was quick to respond to our questions and immediately returned our phone calls when we contacted the office. I would highly recommend this company and would use them again. Our pool is beautiful once again and the liner looks great! Thank you. Marian Waguespack

It is very rare for me to write a review, but I made this an exception, because of the exceptional service that Integrity Pool and Spa Repair performed on my pool. This company is truly amazing! I can not thank John enough for being so quick to come out, working so diligently, and detecting and fixing the leak in my pooI. I told them over the phone that I had to get the leak detected and repaired really quickly and they came out a day later. John first tested the pool-level from one day to the next and saw that the water level decreased. He then pressure tested and did some other tests on the pool and discovered a leak right below the skimmer. He was very professional and clearly explained everything. They came out to fix the leak during a heat-wave and worked non-stop until the leak was repaired. I would highly recommend this company!

Description of Work
Detected and fixed the leak in our pool

John is incredibly knowledgeable and helpful. After he had replaced the spa pak, we were still having problems with the hot tub (not from his fix-but rather it started tripping the main breaker). John came out again-at no charge to us-just to verify that the work he had done wasn't causing the problem. He definitely wants to make sure his customer are happy. He suggested we have an Electrician come out-which we did-our hot tub is working as it is supposed to! Would recommend John to anyone having an issue with hot tub!

My sand filter was leaking significantly, and I couldn't figure out what was wrong. The filter is only three years old. On the phone, I described the problem and the technician said it sounded like the plastic housing at the top of the filter might have cracked, possibly because of the harsh winter weather. When he arrived to check on it, he removed the pressure gauge and immediately said that, no, the acidity of the water had eaten through the metal gauge and caused it to leak. He had a new gauge on his truck and simply screwed it into the sand filter. Problem solved. Because the job was so simple, he charged me only half the cost of a normal service fee plus the cost of the $12 pressure gauge. The total cost for the repair was $60.00, and the technician made several suggestions about slowly bringing down the acidity of the pool water (to prevent staining the sides of the pool). I have used other pool supply companies in the past, and they have routinely tried to exaggerate small issues into major repair and replacement costs, so it was refreshing to find someone whose one goal was to make things work properly. I felt like they more than lived up to the word "integrity" in the name of the company.