GUY'S ALL AROUND SERVICES 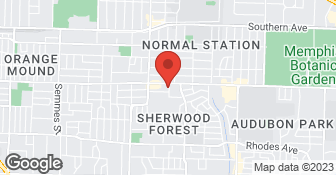 We are a local, veteran owned small business, with over 20 years experience in the Home Improvement Field. Our vast experience in a wide variety of services bring additional value to each and every project. We take pride in our quality of work, commitment to outstanding results, our In-house Professionally Trained Home Improvement Technicians and our Customers Satisfaction! We know that every project is different and that each one requires personalized craftsmanship and attention to detail. We know your project is no exception. Anyone can give you a free estimate, just text some pictures and they'll throw a number at you. We know there is more to each project than just a number. That is why we created our Custom Tailored Consultation Process. Visit our website to learn more! https://neadinghomeservices.com/start-consultation We specialize in: A variety of Interior & Exterior Home Improvement, Handyman, and Repair Projects. Exterior; Soffit, Fascia, Siding, Rotten Wood, Repair & Replacement. Exterior Re-paints, Doors, Windows, & Glass Repair & Replacement. Interior; Bathroom Remodels, Cabinet Facelifts & Re-Paints, Tile Backsplashes, Drywall Repairs. Handyman & Miscellaneous; Custom Mantles, Custom Shutters, Gutter Cleaning, Gutter Guards, Pressure Washing & Sealing, Window Cleaning, Fence Repair & Replacement. Additional Services; available upon request. We are Licensed #8481, Bonded $10,000, and Insured $1,000,000. We offer a satisfaction guarantee on maintenance jobs and offer a 12 month warranty on repair or improvement contracts.  …

On May 4th, he came in and we signed a contract. He asked for half the money up front. I was going to write a check, but he requested cash. He started the work, and then around 11:00 he said he was going to lunch and wanted his deposit money. He left, and did not come back until about 4:30. He told me he was at Lowe's doing some shopping for the other project he was working on. He came back for about an hour, and then left, saying he would officially start tomorrow. He came the next day with another guy and they did some work, but they didn't finish. He had overextended themselves, so everything was rushed. They finished the following day. They left paint on the floor, dust was everywhere, the blinds were off, they broke clips, etc. After about 2 days, I noticed spots where the paint stands out. I called him, addressed the issues, and he came out and said he could fix them. He did a few touch ups, and said he would come back and do the rest of the spots. Then, the places he painted over started standing out. I have 4 or 5 spots that are like that, two toned. He was supposed to come back this past sunday, but he didn't come because he had another job. He came the next day not prepared to do any work. He just started talking. He said the more and more he painted over it, the darker it would get. He said the only soloution was to repaiunt the whole house. It looks like a mess. If he knew that would happen, why didn't he tell me? I could tell he realy didn't want to do the job. He said he would come back saturday, and said we needed to discuss the price. He said he had to charge me to do this, even though he had made the mistakes again. He was wanting us to pay for paint, labor, etc. I talked to my husband, and then I contacted him again. I told him we were not pleased with the work, and he is supposed to please the customer. I told him I was going to leave some negative feedback on Angie's List, because this is not right.

Description of Work
I hired him to paint the entire interior of the house.