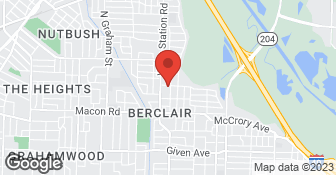 We provide professional solutions to solving climate contol issues in Tennesse,Arkansas, and Mississippi residential homes. Our professional and courteous service has been renowned for 12 years and is above all others in the industry THATS A GUARANTEE.Give us a call for all your door seal, door showing outside light ,leaking water, thresholds, or weatherstripping questions or concerns....

We are the handyman you can call for all your needs. We are kind, respectful, trust worthy, clean up after our mess, and very reasonable."One call we do it ALL!"  …

We are a local, veteran owned small business, with over 20 years experience in the Home Improvement Field. Our vast experience in a wide variety of services bring additional value to each and every project. We take pride in our quality of work, commitment to outstanding results, our In-house Professionally Trained Home Improvement Technicians and our Customers Satisfaction! We know that every project is different and that each one requires personalized craftsmanship and attention to detail. We know your project is no exception. Anyone can give you a free estimate, just text some pictures and they'll throw a number at you. We know there is more to each project than just a number. That is why we created our Custom Tailored Consultation Process. Visit our website to learn more! https://neadinghomeservices.com/start-consultation We specialize in: A variety of Interior & Exterior Home Improvement, Handyman, and Repair Projects. Exterior; Soffit, Fascia, Siding, Rotten Wood, Repair & Replacement. Exterior Re-paints, Doors, Windows, & Glass Repair & Replacement. Interior; Bathroom Remodels, Cabinet Facelifts & Re-Paints, Tile Backsplashes, Drywall Repairs. Handyman & Miscellaneous; Custom Mantles, Custom Shutters, Gutter Cleaning, Gutter Guards, Pressure Washing & Sealing, Window Cleaning, Fence Repair & Replacement. Additional Services; available upon request. We are Licensed #8481, Bonded $10,000, and Insured $1,000,000. We offer a satisfaction guarantee on maintenance jobs and offer a 12 month warranty on repair or improvement contracts.  …

WARNING: DO NOT USE THIS MAN! I hired Billy Walker to do the weatherstripping in our house. He arrived, locked the keys in his truck before he got to the front door, asked to use my husband's ladder and tools (who wasn't home), and knocked at the door 3 times asking for glasses of water to drink. He proceeded to weatherstrip the doors the next day. He dented in and completely broke the handle on the front door when I wasn't in that room. He was working on the second door when I approached him with the broken handle in my hand that he tried to glue back in to cover his breaking it. He lied to me about him breaking it and even went as far as trying to convince me that the clearly broken handle wasn't broken. It was not only broken with a piece of metal in the handle - but the handle was also dented in. It took a couple days for him to finish the weatherstripping and I paid him. I called him the following day telling him the door handle was completely unusable from him breaking it and told we couldn't open the front door because the handle pulled straight off. I also told him that another door that he weatherstripped was so tight 5 out of the 6 of us couldn't open it. I told him about another problem with a third door as well and told him we need him to come back. I said that we needed him to replace the door handle that he broke as well as fix the 2 doors that had major issues. He told me he would not come back out to do any of it unless we paid a $50 travel charge. I called many times over the next few days, weeks, and months and he wouldn't answer my calls and wouldn't return the calls from the messages that I left on his work answering machine. The only way we got a hold of him is by my husband calling his work answering machine and using an alias name saying that he needed him to do weatherstripping and to call him back. Of course, Billy called my husband's alias name right back. Once he realized who my husband was, he tried giving him the run around. It wasn't until my husband threatened a lawsuit through our company's legal team that Billy agreed to come out and try to fix the things. One door still isn't able to be opened and will have to be fixed by someone else.