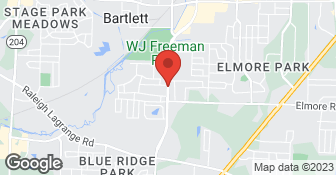 Give us a call, or click for an estimate, today!  …

All was well except a pound low on freon...of course. A week later I notice service ports on outside unit freezing up. I call them back. A different tech shows up. He unscrews the large caps on the service ports and says they're leaking and I need to replace the brass service port for around $400. Or better yet, since my unit is 10 years old, replace the unit. They could "help me out" for around $4,000. I was furious and declined their offer. The tech still wanted payment ($105.00) for 3 lbs of freon...of course. I refused to pay and called the owner of the company, Donna Burlon When I asked the owner why the problem was not present the week before when the first tech serviced the unit, she told me...and I quote "dirt and leaves were probably blocking the leak and the first tech probably knocked them loose". I again refused to pay, but decided the next day to send them a check for the $105 with a note in the memo field stating "Paid under Protest". They waited 90 days to deposit the check. I called another company to come out. It turns out "somebody" had loosened the Schrader valve allowing a slow leak of freon. The Schrader valve is similar to the air valve on a car tire and that is where refridgerant is added. As I understand it now, the large caps the second tech had unscrewed to show me the leak are basically only used to evacuate the lines when the unit is first installed. The guy from this second honest company, tightened the Schrader valve with a simple hand tool and had topped up the freon in less than 30 min and for less than $100. Haven't had a problem since.