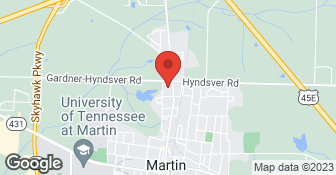 E & H Refrigeration is dedicated to providing the best possible solution for your home or business. You can count on us to provide you with a system and solution that fits your unique needs and since we've installed many systems in this area, we've earned a reputation for doing the job right the first time....

Customer satisfaction is what determines our success, which is why we take a hands-on approach. When interacting with Smith Heating & Cooling, you'll notice that we're particularly focused on the principles of quality workmanship, timely completion, competitive pricing and integrity in all our business dealings. We combine knowledge and research with our extensive practical experience to ensure a specialized approach for your project needs. Contact us today for a fair and accurate estimate for your project. We look forward to adding you to our long and growing list of happy customers.

During the hottest part of one of the hottest summers in the south our central air unit decided to die. E & H said they would call when they could finally come out since they had to order a new unit (this took over a week). One morning, a week later, a truck backed up to my door and started unloading a large box while people were clamoring around in my backyard. Come to find out it was E & H and t...

I recommend them to others. They are a great company. I have been using them for about fifteen years.

DESCRIPTION OF WORK
They serviced our heating and air conditioning unit.

As a Trane dealer, with a wide variety of products to choose from, we can keep your family healthy and feeling comfortable all year long. We carry a complete line of indoor comfort equipment with innovations that raise the standards of comfort and reliability. As licensed contractors and specialists in the field of heating and air-conditioning, we have the tools, the equipment, and the experience to keep your equipment running smoothly all year long.