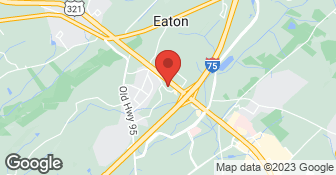 .Gary does not return my phone calls. The only way I can reach him is by calling from someone else's phone. He has lied to me so many times that I have lost count. He was supposed to be here yesterday, but was a no show again. My neighbor let him dump fill on his property to save Gary some time and money. Now my neighbor has big piles on dirt piled up that Gary promised to level off. He hopes Gary will keep his promise to eliminate the dirt piles. I wish I never got involved with Gary Vanosdale. I hope this review helps prevent him from taking advantage of the next victim.

Description of Work
I met with Gary Vanosdale during the first week of September. He agreed to excavate back yard and install 800 Versa-Lock blocks as a retaining wall. I hired him after he promised to have a full crew working on the by the weekend. This was on September 3, 2013. I gave him 7500 deposit for the work and he was supposed to buy the blocks and install with balance paid when job was complete.

This was a small job, but overall everything went well.

Description of Work
I called them to get an estimate for hauling away some home construction debris. They came out to my house, gave me an estimate, and moved all the materials out in the same day. They were courteous and professional.

Very nice lady who we truly enjoyed doing business with!! We value every customer and hope she will continue to use us for all her future hauling needs!!

No more leash for them, no more worrying for you! Dog Guard Out of Sight Electronic Dog Fencing is a safe, affordable alternative to conventional fencing. We guarantee to beat invisible fence pricing & we have local customer support unlike our competitors. Visit us at DogGuardMiddleTN.com call or text 615-580-6643 we do quotes right over the phone for most properties 3 acres or less. NO in home estimate required we use GPS mapping software to view your property. We understand that pets are like family, and our family-owned business is one that you can trust to keep your pet safe! 100% GUARANTEED We provide a 30-day money back guarantee. ASSEMBLED IN THE U.S.A. Designed and assembled in the USA to ensure the highest quality and reliability. 30+ YEARS Dog Guard has been protecting family pets for over 30 years.  …

King Floyd Junk Removal is a full-service Junk Removal and Hauling company. We have 3+ years of experience in getting your project cleaned up. My name is William Clark, I am the owner and operator. We specialize in junk removal, hauling, debris removal, estate cleanouts and much more. Quick turnaround to complete your project. I will price match any offer! Call us today!  …

Delivery. Haul-it-off and clean-out, trash removal. We also offer festive party miniature helium filled hot air balloons. They come in a variety of colors with a festive party basket filled with your choice of treasures-gifts. We deliver.

No Pawn or Loans;

Treasure Barn & Garden Center is currently rated 3 overall out of 5.

No, Treasure Barn & Garden Center does not offer a senior discount.

No, Treasure Barn & Garden Center does not offer warranties.

Are there any services Treasure Barn & Garden Center does not offer?

No Pawn or Loans;