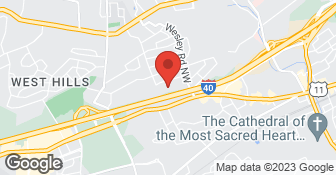 We specialize in providing customers with high quality customer service and professional drywall repairs and installations. Professional painting services are also available. Special pricing is available for owners of rental properties and real estate investors. Contact us for your free project consultation....

Mark and his team did a great job! They take pride in their work and made sure that the project was complete. He was very transparent with his pricing and materials and made suggestions to save us money. We look forward to working with them again soon!

It went amazing. Mark came in, gave me a detailed bid, breaking down what the costs would be. He also gave me a set of information on timing. Spot on for all of it. His work was not easy as the ceiling had a vaulted ceiling. It looks amazing.

I initially chose Keter-Royale for a ceiling texture removal project after reading numerous positive reviews online; I’m glad I used Mark! He is an honest, hardworking family man. His prices are reasonable and he takes pride in his work. I was very satisfied with the final outcome of the ceilings and the respect he and his team showed to my home and the relationship. Since this initial project he has become my go-to for multiple projects around the house and between him and subcontractors if you choose Mark you will be in capable hands! I’ve been surprised at what all he and his team can do. I was getting ready to replace an entire door after Home Depot told me this was my only option and after hearing this he has a more cost effective solution and luckily he was able to repair the door jam which saved me hundreds of dollars. If you want a trustworthy person and a job well done go with Keter-Royale!

Mark and his crew did an excellent job finishing our drywall and painting!

Description of Work
Painting and Drywall

1. Keter-Royale Restorations, LLC set up several times to come and start the work on the project but never kept the scheduled start dates. They postponed the start date several times. 2. When they finally started the project, they still missed scheduled work dates and/or were late on the days they agreed to come. It was obvious that our project was of very low priority or they were very poor planners. I adjusted my schedule on several occasions to meet with them only to have them not show up. 3. Where they put new mud on the ceiling, there were severe discoloration lines between the old ceiling mud and the new ceiling mud requiring that several areas be treated with KILZ. It took several days to schedule someone to come and try to correct that problem. You can still see the difference between the old ceiling color and the color of the new work. The whole ceiling should have been repainted to make it look uniform but that wasn't part of the "deal."\ 4. Where repainting was necessary, you can see where the new paint was applied--didn't match the old paint. 5. Keter-Royale Restorations, LLC subcontracted the work to correct the two bulges in the garage ceiling to Cadlwell Construction and Remodeling. Caldwell charged me $850 to correct the bulge problem but the two bulges in the garage ceiling are still there. Caldwell had told me initially that two jacks would be necessary to take care of the problem and the work would take 2 full days. They only jacked up one place and they spent about 10 total work hours on the project. The labor cost of the job was $650 which meant that they got about $65 an hour. I will still be challenged by a home inspector on the bulges when I sell the house. 6. Keter-Royale Restorations, LLC failed to adequately cover the surface areas in the garage with the result that drywall/mud dust covered many areas and items in the garage. The garage floor was covered in dust which they were unable to adequately remove. Dust was tracked throughout the garage and into the house as a result. 7. Keter-Royale Restorations, LLC was agreeable to amend the project parameters once the project was started which I appreciated. I thought Keter-Royale Restorations, LLC's pricing was fair for the work that they did. Caldwell's work was overpriced and did not accomplish the project objectives. 8. Overall a poor experience. I would not use Keter-Royale Restorations, LLC or Caldwell Construction on any work in the future. 9. I am very disappointed in your company recommending Keter-Royale Restorations, LLC for this project. This is the only time I have used your company's recommendation and it turned out poorly.

Thank you for your Review of us, however there are several inaccuracies and/or clarifications that need to be considered. Our price was not $650, but $500 (in order to accommodate the unexpected cost of fixing the truss by Lee, I lowered our price $200). 2) our company is/was swamped (booked almost 2 months out), yet we did our best to literally squeeze you into our schedule, because you constantly pushed your way in. 3) Lee was not a sub, but reference, and no direct connection to our contracted work. Any issues should be taken up with him. 4) the stains are connected to the fact that you have another issue going on with your existing drywall. We discussed this. Why did the new 3 X 4 piece of drywall not have staining, when it is stomped from the same mud used for the rest of the ceiling?
5.0

The project went very well. Mr. Holler was very professional, and did an excellent job. He was very reasonable in his pricing, and quite accurate - no "over-runs!" I would recommend him for your project without reservation. The ONLY minor issue was that his focus on excellence did keep him at another client's project one day. He wanted to get it right, and make sure the client was happy.

Description of Work
Old tile ceiling in a hallway replaced with drywall, and an attic access door added.

Mark was a pleasure to work with. I called him after reading reviews here online. He immediately set up a time to come see me that evening so he could get an idea of what he was working with. He gave me a quick quote and contract before beginning the work. After seeing the final product, you can't even tell there were two large holes in my ceiling, and the paint was perfect, crisp edges and no bleeding. Should I ever need work done again, Mark will be one of my first calls, thank you again Mark!!!

Great! Mark arrived when he said he would. He explained all of his plans to me of what he planned to do to make the repair. He also economically, as we were able to use paint that I had left over from when the walls were originally painted.

Description of Work
There were holes in walls and the ceiling left after a complicated repair by a plumber. Mark did a fantastic and very professional job of matching and filling the holes with sheetrock, taping and then painting every place. He also created an entry door where there had never been a door for a plumber to use in case of future water problems. I highly recommend Mark Holler and Keter Royale.

He was very professional and did a great job. Was very accommodating to my schedule.

Description of Work
I had water-damaged walls in my downstairs stairwell. I needed drywall repaired and prepped for painting.

Excellent. Exceeded our expectations and have already booked him to do another repair.

Description of Work
Mark installed drywall to a paint-ready finish. He did an excellent job and went above and beyond to make sure we were satisfied.

We cater primarily to Residential home owners and real estate investors. Although we specialize in drywall repairs/installations and (interior) paint projects, we have completed a variety of different remodeling projects, including bathroom and kitchen remodels, basement remodels, and apartment remodels.

In general, we do not perform exterior work.