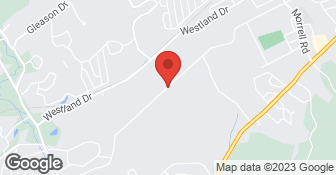 Juan and his team have been so good to us over the years, it is an honor to review his company's work. Juan's group spent weeks with us working on a slate roof when we lived in sequoyah hills, and since we moved to a newer house, we have seen less of him! But we still see him every year or so for gutter cleaning, roof inspection, gutter maintenance etc. Juan's team will do with joy what others seem to dread; they know that hard work and skill will always get the job done. Juan's team is like family to him, and they all feel like part of our own extended family. Really amazing people to deal with. We value these skilled and dedicated people very highly. Their work is top notch; the people are downright inspiring.

Description of Work
Roof repair at one house; gutter cleaning at next

two roofers could not fix leaks on the flat roof for our front porch. Juan'services did on the first try -total relining and redirecting drainage. Installed new wider gutters & gutter guards. Juan always explains what is to be done and why.

We bought an old house that had been mostly renovated. The chimney was original and had crumbling mortar. It needed to be rebuilt from the roofline up. Juan Valades was recommended to us as a general contractor that was more expensive but had excellent service. We got three estimates. The Juan Valades estimate was the same as or slightly higher than the others. There were several delays, but the work was eventually completed and looked good. We ordered custom, wooden screen doors for the house because the doorways were odd sizes. The doorways were not perfectly plumb or square, so we wanted someone to hang them who was good. Juan Valades told us he could do it. We were strung along for about a month -- repeatedly given days and/or time frames when the work would be done -- before the carpenter finally arrived to do the work. When we didn't hear from them as promised, I would call and/or write an email. Each time I received no response until up to a week later. When the carpenter finally came, he left his assistant and took off. I watched while the assistant swept and re-swept the sidewalk for an hour (I took video), then I had to go to work. Predictably, they called at 5:30 to say they had just finished after "working all day." The work is decent. However, they charged me $900 to hang two doors. We're talking about six hinges and two latches. After six weeks of delays and non-responsiveness, followed by paying for an "all-day" job, which was mostly just the assistant sweeping to appear busy, I will not use this company again. Paying more for excellent customer service is one thing, but this is just price gouging and my customer service experience was poor.

Veteran Owned and veteran operated business specializing in duct cleaning and pressure washing. We strive to provide affordable and quality work for all of our customers. We guarantee your satisfaction and we won’t leave until the job is done right. We pride ourselves on the quality work we provide, while delivering great customer service! Check out our services offered and call or click to schedule a free estimate today.  …

Juan Valades Services Inc is currently rated 4.3 overall out of 5.

No, Juan Valades Services Inc does not offer eco-friendly accreditations.