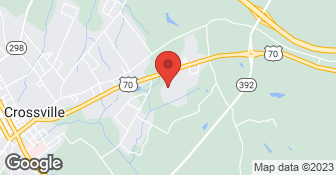 We contracted to move our household and then move my mother. The guys did really well with my move but by the time they moved my mother they were tired and it showed. They had to take the doors off the refrigerator to get it into the house and then cross wired it when they put the doors back on. They skinned up the molding around the door when they tried to force it through the door instead of just taking the doors off to start with. They didn't tell us that the plug on the dryer would not fit the plug and it wasn't until we went to put clothes in the dryer that we realized that it was not hooked up and we had a load of wet clothes to deal with. I would hire again but only if we were the only job they were doing that day.

First, I would like to say that the workers were very polite and several were helpful. But... (1) I had told Gordon I already had boxes. I was away because my mother had a fatal accident and the packers gave my spouse some guff about our boxes not being good enough. (They charge for boxes.) Gordon gave me some credit for our boxes, but since nothing on the bill was itemized, I don't know whether it was enough. (2) In loading the truck, it seemed like, they turned everything upside down, even furniture with items still in. A number of small things are missing. (3) My camera is missing. (4) Our best piece of furniture now has dents in it. (5) The move took forever (they charge by the hour)--and was terribly **** ** the workers--because they couldn't get their truck up our steep driveway. Partly my fault for not having them come give an estimate, but they could have rented a small U-Haul truck, as I believe most movers do in that situation. (6) They broke the globe on a light fixture and promised to replace it. However, there are no replacements to be had, so I asked for $200 for a new fixture. My calls were never returned. I've heard of other movers that are a lot worse, so I hesitate to rate Gordon too harshly, but the movers we had a year previously were a lot better, and the con with the boxes was outrageous.

Description of Work
Moving from one house to another 4.5 miles away.

Description of Work
I don't do business with people who refuse to provide proof of general liability and worker's comp. insurance and who take offense at being asked to do so. Nor will I recommend them to others. A different local company had no problem providing me with the requested proofs of insurance and they get to do business with me again in the next month or so when I transition to my permanent home in the same general area.

I do have workers comp insurance as well as liability and cargo insurances. It wasn't that I refused to provide them to her as much as it was I refused to move her with the attitude she showed me at her first phone call. I've been in business for 39 years and I know trouble when I hear it and how to avoid it. My hope is that your move went well for you and the company that moved you.
5.0

Description of Work
They loaded us up and moved us from Jamestown TN to Cunningham, TN.Everything went well.

Description of Work
5 Stars for Gordon Moving and Storage! Mr. Gordon was extremely helpful with questions prior to the move and was so easy to work with. Jason and John arrived on time, handled our furniture professionally and were great men to work with. They were joined by several other men at our new home in Fairfield Glade and they unloaded everything swiftly and carefully. We had -0- damage. This was probably the best moving experience we have had. Crossville if fortunate to have this quality company who do what it takes to get the job done. Great value for the money. We enthusiastically endorse them.

Description of Work
They unloaded a ratpack container and placed the furniture in the correct rooms, assembling the beds, Very hard working and professional. I will use them again.

They were very careful with everything, set up furniture. Very professional, would use them again without hesitation.

U-haul did not deliver on the scheduled date, so we needed to reschedule our unloaders - twice. Mark was very flexible and understanding. However, when the boxes fainally arrived, Mark's team was already booked and not available to help us. He did give us the name of 2 other companies. Based on his responsiveness and professionalism I would not hesitate to reach out to this company should we need moving services in the future.

Description of Work
We needed someone to unload our U-boxes once they arrived.

Everything about the move was nothing short of outstanding. There was a team of 3 men who arrived on time (actually 10 minutes early). They were very professional, courteous, and worked hard. We have moved many times and I know when someone is an experienced mover. They were knew what they were doing. The supervisor said he had 20 plus years experience in the industry. They wrapped things that needed to be protected and took the legs off a table so that it would not get damaged. They moved us in 7 hours from time of pickup to completion, and we were in a 2300 square foot house full of furniture. I would definitely recommend Gordon Moving to anyone for any type move, either local or long distance.

We were very satisfied with the service, done quickly and with a great deal of care throughout the loading and unloading. Having dealt with a number of moving companies in the last few years -this is a firm that I would gladly recommend.

Description of Work
We were moving from rental to purchased home - within a mile of each other.

How is Gordon Moving and Storage overall rated?

Gordon Moving and Storage is currently rated 4.6 overall out of 5.

What days are Gordon Moving and Storage open?

Gordon Moving and Storage is open:

What payment options does Gordon Moving and Storage provide

Are warranties offered by Gordon Moving and Storage?

No, Gordon Moving and Storage does not offer warranties.

What services does Gordon Moving and Storage offer?