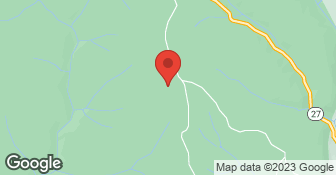 ASP - America's Swimming Pool Company of Chattanooga is a part of the nation's largest swimming pool maintenance and repair company, wants to be your trusted pool professional. We maintain a strong dedication to our customers, which has helped us establish a reputation that is second to none in the swimming pool industry. Our success is firmly rooted in our founder’s belief that providing exceptional service is our number one priority, no matter the circumstance....

They have been great for about 15 years.

Let me know the job before me was longer than expected. Came on the day he said. Was polite, worked the entire time. Cleaned up after himself. Explained things I didn't know but needed to. I already w ant them to put in a new liner next year. Chris did the work and did a great job. Talked to girls on the phone, all phone calls returned promptly. John and Peter gave me information and scheduled.

Description of Work
Changed the sand in my filter that had not been changed in 12 years.

I'm considering calling them again next time I need assistance, maybe at a less crazy time for pool companies.

Description of Work
I called ASP to have them take a look at my pool equipment, but they let me know they were booked solid. Knowing this, I decided to call another provider.

We contacted John with ASP in late April 2014 to open a pool for us. We wanted the pool opened mid-May. We called him because the owner of the property had used them in the past. It took several calls to get John out to the pool. The pool was not closed properly the previous year and badly needed shocking and chemicals to kill algae. It took about 2 weeks and more calls to get his treatment guy out to put chemicals in the pool. When the pool pump was turned on, it was evident that there was a leak somewhere. Many phone calls and 2 weeks later, we got them out to run a pressure test and determined that lines to the pump were probably bad. Again, it took several calls to them that went without return calls. Finally, John called me and said that they were going to formulate and plan to repair the lines and get it open for us. We called for several days to get a schedule setup. The lady who answered their phones promised that John would return our calls. We never got a return call. .Finally today 6/2/2014, after yet another call, John got the lady who answers the phone to tell us that he was just too busy to take on our repairs. I understand that this is a busy time of year for pool service and openings, but we felt like we were strung along and dropped because ASP did not want to take on our project. If they had been professional and communicated with us, as any good company should, we could have gotten someone else on the job weeks ago. They may do good work, we don't know, but I fault them with very poor scheduling, lack of communications skills, and poor professionalism overall. John and his Partner Jesse seem to be nice guys, just don't count on them to get the job done or communicate with you as a professional and competent business person should. In the meantime we are left high and dry.

Description of Work
Placed chemicals in the pool and did leak and pressure test.

We called ASP because we had a few flyers from them in the mail and they had one favorable rating on Angie's List. We did get someone on the line who was willing to walk us through our pump issue. He even took text photos of our pump room to see if he could figure it out. He initially told us his boss would come on Sunday to check out the problem. He asked if I would call him back in a few minutes because he had two calls to return. When we talked again, he broke the news to me that the owner, John, would NOT be coming over on Sunday after all. That one of their other clients had called with a problem and they took priority over us, even though he already told me they were coming. Hum...ASP had the chance to win a loyal pool customer by rescuing them in their time of need, knowing they were brand new to pools and would need help in the future. Not so impressed with ASP.

Description of Work
We just bought a house with a pool. We have no idea how to take care of it. We had a professional open the pool, chlorinate it etc. But on the Saturday before Memorial day, the pump stopped working. So we began calling around to find some help on this long, hot holiday weekend. Little did we know that pool guys don't work when you need them on the weekend, especially on the first pool weekend of the year.

We appreciate [member name removed] feedback on our company and have taken these issues to heart. This is our first summer with a retail store and have been working to resolve issues in customer service. We changed how we staff the store and on Saturday's we have two people available. One of those is a maintenance tech to help individuals on the weekend. This will be done between Memorial Day and Labor Day.
5.0

Very pleased with serivce. Very punctual and professional company to do business with.

We do not service Hot Tubs