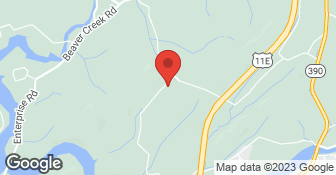 Now offering financing! With over 15 years of experience in the Construction industry, we are the experts you need to take care of your home or business. We handle everything from remodels to repairs and HVAC work. We will treat your home as we would treat our own. Give CSN Contracting a call today, we look forward to working with you!  …

With over 20 years of experience, Wyatt's Construction and Roofing is dedicated to bringing life back to your home. It’s our mission to be a provider that brings back the personal touch with our customers and it is our goal to build a relationship that will last a lifetime. As a locally owned and operated business we feel invested in our clients and constantly strive for customer satisfaction. We won't leave until the job is done right! Call or click to schedule a estimate today!  …

We're here to help! The roofing company to suit our clients needs, dreams & budgets while providing world class customer service as an educator, adviser & helper to our clients. In doing so we stand behind our work with a full company backed 5 year warranty on our workmanship, that is in addition to the manufactures warranty. Owner, Jack Bassett, has over 10 years experience in the roofing industry with strong expertise in metal, shingle and flat roofing applications & systems. Let Us Be Your Local Go To For Your Roofing Needs. Residential & Light Commercial Roofing - Schools, Strip-malls & Multi-family (apartments, duplexes & condos). New, Replacements and Repairs.  …

The worked performed exceeded our expectations. Stanley Crosswhite gave us an estimate that was reasonable and the work performed surpassed what we were expecting. Our house is historic and previous owners must have put roofing materials on top of what was in place. Prior to the installation of our metal roof the crew meticulously scraped off the old roof, thoroughly inspected the roof, and made repairs as needed before installing roofing underlayment and the metal roof. We are thoroughly pleased with how this company treated our home as if belonged to them and their attention to detail is phenomenal. Do not hesitate to trust your roofing needs to Crosswhite Roofing.

Crosswhite Roofing started a roof for us and did not complete the roof. We tried calling him 56 times before contracting someone else to finish the roof. Shortly after Crosswhite installed the roof, it started leaking. We took him to court and won a judgement against Crosswhite Roofing/Stanley Crosswhite. The Judge in the case saw as we did, he did a lousy job with the roof and he did not stand by his work. DO NOT CONTRACT CROSSWHITE ROOFING to do a job for you or you will regret it. We have not received any monies from Crosswhite Roofing or his attorney, of which I expected as much. Our attorney is handling this for us and one day, we will recover from this. Again, I highly recommend you NOT contract Stanley Crosswhite and his roofing company to do a roof for you or you will regret it.

Description of Work
Crosswhite did a roof for us on a new construction. He did part of the roof and was suppose to come back to complete the work the chimney. We made the mistake of paying him in full before the job was completed. He never showed back up to finish the job. He took the money and ran with it.

We came home after being out-of-state and found a portion of an upper room ceiling had fallen to the floor. Outside the house we could see shingles missing at the edge of the roof where the wind had gotten underneath the shingles. We called many local roofing companies but none could fit us into their schedule except Stanley Crosswhite, owner of Crosswhite Roofing, who came right out to take a look. Mr. Crosswhite said it was only a small area of damage and could be repaired by the next day, as he had a crew working another project nearby and would be able to fit us in. Mr. Crosswhite estimated the repair would cost $350. I came home from work the next day just as Mr. Crosswhite completed the work. He said the repair had gone well and that the company who had reroofed our home had neglected to put enough nails in the shingles at the roof?s edge and that was why the strong winds had been able to get underneath the shingles, then said that he had added nails around the roof?s edge in a few places to prevent a recurrence. We were charged slightly less than the original estimate: $330. We are very satisfied with the professionalism, honesty and workmanship and would not hesitate to call on Crosswhite Roofing in future.

Description of Work
The shingles on a small area of our roof blew off during a storm, about a square yard. Crosswhite Roofing replaced the missing shingles and examined the roof for other areas that might be susceptible to storm damage. We made the call on a Tuesday and the roof repair was completed the next day. Crosswhite Roofing repaired our roof quickly and at a fair price.