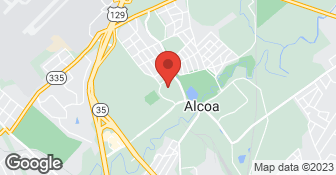 You will pay nothing until the job is complete! Every new roof comes with a 5 year warranty on all workmanship. Licensed and insured....

Description of Work
repaired rotten trim....replace the siding over the wood Beams after they were replaced ....put everything back together.... looks very nice

He does incredibly good work. He is originally a finish carpenter and not a framer so he does very good precision work. He's very honest and his price is very good. It's a family ran operation. We were so happy and impressed with his work that we had him do additional work. The insurance company paid for the roof and that was somewhere around $16,000-17,000. The various remodeling jobs ranged from $2,000-7,000 and we had him do 4 different jobs. I have recommended him to any number of people and would continue to do so.

Description of Work
Butch James Roofing did some remodeling on our house. They also did work on my work.

I called a few roofing companies to get comparative quotes. One, only would replace whole roof and only with their brand of shingles. Second one, would use the same brand and quality of shingles currently on the house, but had to go back to his office so he could work up a quote and call the insurance adjustor to try and talk him into replacing the whole roof. Third one, didn't go up on the roof at all and said his quote would be exactly the same as the insurance companies offer. Then Butch James came out. He went up on the roof for about five minutes, came down and went to his truck. A few minutes later he rang the door bell and handed me his quote. I told him I was waiting on the other roofers responses and would call him back. I walked back into the house and told my wife he was the one getting the job. After waiting a couple of days and getting nothing back from the other roofers, I called Butch James and told him the job was his if he still wanted it. He said he wanted the job and would call me back with a date and time. The next day I received a call telling me that he would be out that next Tuesday at about 7:00 A.M.. At 6:30 A.M. Butch James and his crew arrived and commenced work. His crew was the most polite and articulate men I have ever had the pleasure of hiring. The temperature was in the high 80s to low 90s, but they worked straight through until the late afternoon. Before they left for the day all scrap material removed from the roof was in the dumpster trailer they had brought with them and the area was cleaned up. The second day they were here about 6:00 A.M. and commence work again. I also asked Butch if he would nail down a few places where the wood sheeting had started to buckle on some areas other than the damaged section. He said, of course I would. By late afternoon they had completed the job, cleaned up all the removed roofing material, used a magnet to pickup any stray nails, blew the sand granules from the old shingles off of the deck and cleaned the patio below. Then they left without even asking for payment. A couple of days later he called and asked to set up a time so he could come back out make sure I was satisfied and present me with an invoice. When he came out I had a couple minor flashing and cap adjustment I requested him to look at and he quickly made the adjustments at that time. The final invoice was for the exact amount of the quote. When Butch James was finished with the job you could not tell anyone had ever been there. If you need any roofing work done, you cannot do any better than Butch James. As a side note a few days after Butch James was paid, we experience a high wind rain storm. The winds were in excess of 50 miles per hour, I lost a couple trees and a five inch limb from another tree, but not one shingle was damaged.

very good job i would hire him again for roofing jobs

Butch James and his crew did an excellent job on the re-roof of our home. His price was very fair and the job was completed the week following the estimate. They cleaned up the yard meticulously and didn't cause any damage to landscaping. We would recommend this company to anyone with roofing needs. Mr. James' company was formerly known as Cecil Wallin Roofing.

King Floyd Junk Removal is a full-service Junk Removal and Hauling company. We have 3+ years of experience in getting your project cleaned up. My name is William Clark, I am the owner and operator. We specialize in junk removal, hauling, debris removal, estate cleanouts and much more. Quick turnaround to complete your project. I will price match any offer! Call us today!  …

Butch James Roofing is currently rated 4.9 overall out of 5.

No, Butch James Roofing does not offer eco-friendly accreditations.

No, Butch James Roofing does not offer a senior discount.