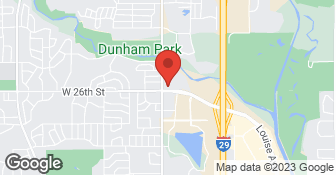 WE ARE A FULL CIRCLE COMPANY IN CONSTRUCTION FROM START TO FINISH AND INCLUDING REMODELING TO LIGHT REPAIR WITH A CUSTOMER FOCUSED APPROACH....

Excellent work, punctual and professional, very attentive to our requirements...also offered good suggestions when asked or when appropriate...job went very well and price came in under bid. Paul is a gentleman as well as being an expert carpenter. Very conscientious. Highly recommended.

I stressed that I wanted the new deck constructed exactly like the old one, 4 posts, 3 railings, no trim above the level of the deck or steps for snow removal. The new structure has one extra post , and side trim that extends above the level of the steps, making snow removal difficult; the snow cannot be swept off the steps because the side trim is in the way. Every time it snowed I had to remove the snow instead of sweeping it off, sometimes digging it out by hand with a small spatula. I will remove this trim next winter because he used the trim to mask uneven board lengths where the verfticals end. He also misjudged the amount of materials needed by $800 which resulted in a slight delay and extra cost. The finished project is very well constructed and adds to the appearance of the house, BUT the side trim creates a difficult to clean abutment making it difficult to remove snow and debris. I lent his crew a shop broom and they took it with them by mistake. To date they have not returned it even though I have left nemerous messages. I will consider this a donation to the work he does for charities. Ovarall I feel that another contractor would have litened to my requests and undertood why the tril was not needed.

We bought our house in mid-May 2012 and planned to move in July 1. We did the demo work ourselves. Our first contractor and crew was slow, disorganized, and messy. They had no sense of time. We hired Paul to put up our fence about mid-June, but when he saw the state of our house project, we ended up talking about that and hiring him to take over as general contractor. He brought in extra people to try to meet our deadline. When Paul came on board the beams had been replaced, some electrical and plumbing work had been done, the gas furnace was in, but the water heater still needed to be installed. The windows and patio door were in. The basement stairs had been done and work started on the downstairs bath. The walls were still at the studs. The place was a mess. Paul put together a crew that worked efficiently and even cleaned up at the end of each day. A lot of the previous plumbing work had to be redone. Apparently we'd had an unlicensed plumber previously. The on-demand heater was difficult to install but the new plumbing crew figured it out together with our furnace guy. Paul brought in a drywaller who did a wonderful job getting the walls up and finished. They even painted which we had planned to do ourselves. We could always contact him by text him to find out how things were going, what he needed. We didn't feel like we had to be there every day to stay on top of things. He understood our time schedule. We didn't feel like we were walking through a dump when we visited the house. He helped us through the inspection process. We didn't finish quite on time, but considering everything we did well to be just a few days later. We ended up spending a lot more money than we'd anticipated, but we got quality work done when we needed it.

There was more dust and dirt than I expected and at times the job took longer than expected. But, One of the crew quit in the middle of the job and I have not always been realistic about what will be the temporary mess . From what friends have shared my projects went like a dream. Overall it went very well. I found some touch ups that needed done and those were fixed in a timely manner with a good attitude. I am so glad I hired Paul and had this done.

Description of Work
My home was built in 1918. I had my oak stairwell partially stripped and refinished. The entry was oak flooring was cleaned and refinished. I had old oak flooring that was beyond refinishing in three rooms. The kitchen had two or more layers of under layment that needed to be removed. The kitchen floor needed leveling. Paul and his crew stabilized or leveled the floors as needed. Then laminate flooring was installed throughout the main level of my home. I had a dishwasher that was in a cabinet that stuck out into the kitchen. The crew removed that and a cabinet under the counter. New kitchen counter tops were installed. Now I have the dish washer under a new counter top, next to the sink. Paul build me two box type bench / window seats for the kitchen. The tops lift up for storage and they look great. My home is much more open and inviting now. My basement stairs were painted. The crew placed linoleum there. This has been done over a couple months. I kept seeing new things to add to the project. Of course I wanted it all done two days before I got a bid but Paul worked to make sure he understood what I wanted and fit the new projects into his busy schedule.

ALL GENERAL CONSTRUCTION AND GENERAL MAINTENANCE NEEDS FROM FRAMING,TRIMMING, FLOORING,CONCRETE, AND LANDSCAPE WE DO IT ALL.

Carlson Property Maintenance is currently rated 4.5 overall out of 5.

No, Carlson Property Maintenance does not offer a senior discount.

No, Carlson Property Maintenance does not offer warranties.

Carlson Property Maintenance offers the following services: ALL GENERAL CONSTRUCTION AND GENERAL MAINTENANCE NEEDS FROM FRAMING,TRIMMING, FLOORING,CONCRETE, AND LANDSCAPE WE DO IT ALL.