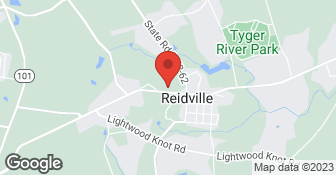 Pest Control services Offering all areas of control from rodents to termites. One-time treatments, Free-consultations and reoccurring services All Residental and Commercial are welcome

Andrew's first visit was awesome. I watched him do a thorough job. When it was time for the next quarterly service, no one contacted me to schedule the service even though we are connected via phone, text, & email. I got a random text from a tech stating that he was "on his way & would arrive in 15 minutes." My 19 yo daughter was home alone & I wasn't prepared, but I tried to make the best of it & called home from my office. I told my daughter to look for the exterminator, leash the dog, & let the exterminator let himself in to do the service while she went for a walk with the dog. I stayed on the phone with my daughter. 15 minutes passed, no one came. We hung up & I called back again. No one had come, she was sitting staring out the front windows. No one ever came, but I got a text from the same tech saying my home had been serviced. When I contacted Andrew, he said he "trusted his tech". My bank investigated and returned the monthly fees for the quarterly service. I've seen him do a good job, he's very capable. But he's dishonest, & that's a deal breaker for me.

He came out and talked with me and gave me a reasonable price. He was very knowledgeable and gave me tips for what I could do to stop the problem in the future. He is coming out this Thursday to start the pest control services. He is very prompt and communicated well and I already recommend him to two people.

He is wonderful. He is very nice and professional and does a great job. I would highly recommend him.

Description of Work
He sprays for bugs here at the office.

He does the best job of any contractor we have used at a competitive price.6

By the next day, all of the wasps were gone. It was unbelievably quick. Since then, Andrew has come by and done a preventative treatment once per quarter (every 3 months) for a very reasonable price. I haven't had to worry about any pests in over a year now. One less thing I have to deal with and I couldn't be happier.

Description of Work
Living in South Carolina, there's always some pest lurking around the house. We constantly have issues with wasps, bees, ants, baby frogs, etc. I also started having fleas in the yard which my dog would bring in the house. One day I came home and a holly tree in front of my house probably had over 1,000 wasps in it. I found Andrew's number and gave him a call. He came right out and treated the entire house.

All services were top-notch and any issues were followed up on immediately.

They always stand behind their service and follow to make sure that I am satisfied with the job. Always prompt, responsive and easy to get in touch with.

Description of Work
Have used Dixon Pest Solutions for a wide variety of pest control-related services.

He is wonderful. He is very nice and professional and does a great job. I would highly recommend him.

Description of Work
He sprays for bugs here at the office.

Every detail from scheduling to service was handled politely and professionally. Continued service has been excellent as well.

Description of Work
We have been customers for 2 years now. First a rental, then a home purchase. Both came with unfortunate pest issues (ants, mice, bugs, snakes). Andrew quickly & efficiently took care of them for a reasonable cost (esp compared to major commercial firms I checked with) and maintenance work has our home pest free - also affordable. Andrew is also friendly and professional, getting to know our family's needs and taking that into account. He responds promptly and doesn't find ways to charge us for services that are not needed. IE: he taught us how to control the fire ants rather than suggestions on costly services that he knew we cannot afford. I appreciate an honest, local business and would highly recommend Dixon Pest Services.

We have the experience and dedication to get the job done right! Specializing in pressure washing, gutter cleaning, window cleaning, & concrete cleaning services; We guarantee your satisfaction, and we won't leave until the job is done right. We pride ourselves on the quality work we provide, while delivering great customer service! Call or click for your FREE estimate today!  …

we offer all support for pest related issues. We do small repairs for crawlspace moisture with entry ways for rodents and other pest.

We do not repair irrigation or do roof work, We also do not build or repair stone work.

Dixon Pest Solutions is currently rated 4.6 overall out of 5.

No, Dixon Pest Solutions does not offer a senior discount.

Dixon Pest Solutions offers the following services: we offer all support for pest related issues. We do small repairs for crawlspace moisture with entry ways for rodents and other pest.

Are there any services Dixon Pest Solutions does not offer?

We do not repair irrigation or do roof work, We also do not build or repair stone work.