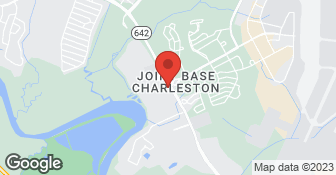 Love this vendor. Lowell is a great business owner and very knowledgeable when it comes to computer/cellular technology. Repair was done in a timely manner and at a fair price. I would definitely recommend Lowetree to any of my friends and co-workers.

Description of Work
Cleaned several viruses from drive and register.

Description of Work
We took our Dell computer to Lowetree b/c the screen did not work. They repaired it, we took it home, and it worked great for about 3 days. On day 4 the screen blanked out again. At that point we were certain that are computer was a hopeless cause. Lowetree assured us that it could be fixed and guarenteed their original work. Long story short, after attempting to repair the screen several more times, Lowetree concluded that a brand new, expensive piece needed to be purchased in order to salvage our laptop. We did not want to invest any more money into the laptop, do we decided to call it quits. Lowetree refunded the cost of the parts; however, we still had to pay the labor. We appreciated their desire to restore our laptop to working order. We also appreciated the partial refund. We did feel like they over promised and under delivered; however, I think it was a result of them being eager to please us.

They got it taken care of. Every time we've taken it there we've gotten it fixed on time. Everybody that works there seems to know what they are doing. You take your PC to them, they don't come to you.

The compuyer was running very slowly and hanging up at times to the point where I would actually have to power it off. It finally bought the farm when the screen would blank out when it was booting up never come back on. I selected Lowetree because of the good writeups on Angie's List which I might add were well deserved. After they completed the above work and I took my PC home, I discovered a problem with he Display Properties. They remoted into my computer and spent several hours on a couple of days trying to repair the problem. They did not charge me for the extra days and hours the spent over the original amount. I wa s impressed with their extensive computer knowledge and abilities. They were always very courteous and friendly and made a special effort to make sure their explanations were always in terms I was able understand. I will certainly use them again and wholeheartedly recommend them.

Description of Work
Thay removed several viruses, cleaned off several programs I had running which were slowing my PC down, and replaced the defective inverter which was causing the blank screen. They were honest in this as they could have told me I needed a new screen which would have been another $100, but they did not do that. After I intially took my PC home, I encountered a problem with the Display Properties and they spent hours on the phone remotely connected to my PC trying to fix this problem. I have a DSL connection at home which made the progress of their attempts at repair very slow, so I ended up having to return the PC to the shop where they were able to fixed the problem quickly.