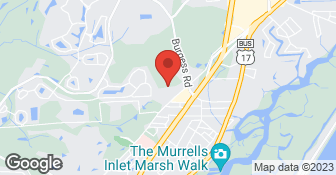 Veteran owned and Operated company. We provide quality customer satisfaction in every aspect from exceptional work to competitive pricing on a variety of tree services. With 10 years of experience, we are passionate about what we do and look forward to doing business with you. Call Keith for your free estimate today! 937-926-1210 or email at ack1532@gmail.com Highly experienced with storm damage cleanup and removal

I've used them before and they did a great job and did the job by climbing and cleaned up well after themselves.

Service was arranged with the office x5 in the past three months and never performed.   The charge was to be $75 and I am assuming it was too small a job to bother with - but I could have been told they were not interested so I could have arranged with another arborist.

DESCRIPTION OF WORK
Todd came and evaluated a tree that suffered lightening damage. Suggested tree should be sprayed to avoid insect damage and disease in exposed areas.  I agreed to this service.

After a review of your complaint, I find that you are right to be upset. I actually met with you on June, 26, 2014 at 9:00 am, not on June 1. But, my office manager does agree that we tried several times to schedule your work, and that it never happened. The fault is completely ours. We should have followed up better. The reason for the delays was that the treatment is not effective in extremely w...
2.0

My husband called the company the beginning of June 2014 to see about someone giving us an estimate on trimming 2 trees in our back yard. We were given a date 2 weeks later that someone would be able to come to our home. Todd (the owner) came a couple weeks later to look at the trees and give me an estimate. I was given a couple choices; one of which was his employees would work for half a day and...

DESCRIPTION OF WORK
Trimmed 2 trees in my back yard.

Our agreement for service was made on 6/17/2014. Our crew scheduling was backed up longer than normal due to a recent ice storm. This information was clearly shared with the client, and an Aug. service date was mutually agreed upon. The service date was confirmed over the phone, between my office manager and the client. The client was initially given an option for hourly work, but chose a fixed pr...
5.0

Todd was punctual and surveyed the large pine tree we wanted cut down.  He gave us a fair price for the tree removal.  We were impressed that he would cut it down so it would fall into the woods/be chopped up and this would be good for the environment.  We are awaiting approval from our HOA.  We will definitely use him.