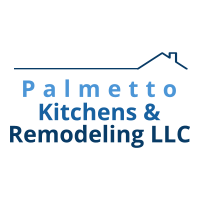 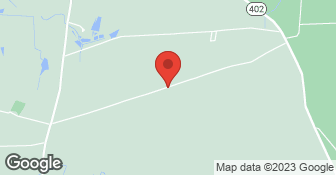 I am the owner of Palmetto Kitchens we have been serving the Low Country for 20 years. we provide outstanding service, high quality all wood kitchen, bath, and closet cabinetry at a fraction of the price ....

This was our first time using Angi and we were matched up with Palmetto Kitchens. We were contacted right away and scheduled an appointment. 30 minutes prior to the appointment we received a text "my bad" that they were running behind and wouldn't be able to make it. We responded asking to let us know a good time to reschedule. This happened on a Monday and never heard anything back after our last text. Friday we reached out and were able to set up an appointment for the following Monday. Steve was prompt for that appointment. He didn't really take any measurements or write anything down, but before he left he told me to make a list of what i wanted done and to email it to him. He left no business card, but had me write down his email address. He said he would have the quote back to me "mid-day Tuesday." After not hearing anything, I reached out on Thursday asking the status of the quote and to date i have never heard anything back. Steve is a nice guy - but i would never recommend him to anyone. What a waste of our time. Horrible service and zero follow through, nor does he appear to care at all. I have already told a neighbor who is looking to do some similar updates to steer clear from this company. This is our first and last time using Angi.

we did no work for this person
5.0

Work was quick I love my new island and cabinets. He was very prompt when showing up and completed work in a good time frame. I appreciated that throughout the process of building my island he asked if I would prefer different design options in steps. He was very easy to work with and the results are great.

Contractor was unprofessional. Did not show for appointments and ignored phone calls and texts. The job took weeks longer than promised and the fit and finish of the cabinets was poor. I had to complete the punch list myself, because I could not get him to come back. The job was started in April, and he promised to finish in 2 weeks. We gave up on him completing it in June. I would definitely not recommend or hire Steve Combee and Palmetto Kitchens and Remodeling LLC. I gave him 1 star only because 0 was not an option.

he required after hours and weekends i was not able to work on his schedule. he provided mesurments so the fit was on him i had to rebuild twice do to change of mind and i did not charge any more. after all was done i credited him $500
2.0

They did the job, but there's still a problem. I paid them but they did not come back to fix it. I thought they were okay, but they were nice people.

Wonderful! the craftsmanship was awesome! I can't stop looking at my stairs. Plan on using Steve Cumbee again for additional work in my home.

Description of Work
Requested hard wood on my stairs.

I am unhappy for the service they skip some of the work Theydid not kept their promise to satisfy me.

Description of Work
Looking to build a surround for a new fridge, in a space.

Wonderful experience. Would highly recommend! Beautiful work! All done in a timely manner!

excellent. the carpenter completed work and met all specs.

Kitchen and Bath Cabinetry, and anything handyman