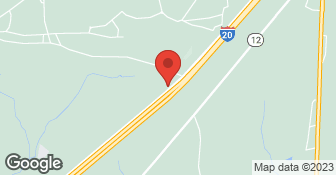 We have several crews out working that are dependable, knowledgeable, prompt, clean, and respectful. Depending on the job, we may require a deposit up front and the remainder at the completion of the job. There is no job too small or too large for us....

We offer quality pressure/power washing services at an affordable price. We also offer gutter cleaning. Contact us today about an estimate!  …

Exterior Painting Company and authorized dealer of Rhino Shield in South Carolina. Rhino Shield is is an exterior ceramic coating product that is applied to the painted areas of your home. It looks like rich, fresh paint and has a 25 year Warranty against cracking, chipping and peeling.  …

Deposits were paid for both the HVAC work ($5,656) and Plumbing work ($2,400). The old HVAC ducts were removed and the old copper plumbing lines were removed but First Class Heating & A/C failed to perform the remainder of the job. I made numerous attempts to contact the owner, Cody Johnson, via cell phone, texts and my last resort of Certified Mail. First Class was unable to get the proper permits to perform work and because of their failure to show up I had to hire an alternate plumber and HVAC company to complete the job. First Class accepted my payment but failed to complete the jobs they were hired to do! I have filed complaints with the BBB and the Department of Consumer Affairs.

Description of Work
New installation of a HVAC system on a house which was being remodeled. First Class was also contracted to remove all old plumbing lines and install new supply and drain lines.

This was supposed to have been a two week reno job of my bathroom. To this day, August 2016 the job is still not done. They left the job incomplete and haven't come back since to finish it. They were referred by Choice Warranty so I assumed wrongly that they were qualified. They were late most days and sometimes didn't make it. In the beginning of July, had a major water leak that damaged my living room and foyer floors and was exiting out the front of the house. Informed them, they came and "inspected" and blamed the new washer and dryer I purchased on the leak. Had a qualified plumber come out. They made a massive whole in my wall and found 3 leaks. 2 on the pvc piping going to the faucent and shower head. Apparently, when they cut the wood in the wall to mount the pvc, the person put a slice in the pipe that eventually ruptured. 3rd leak was the drain from the tub wasn't tightened all the way. So all the water accumulated and went the path of least resistance. So I had to fix the plumbing, submit a claim in with my insurance, pay my deductible, and replace my floors, fix the drywall. Still dealing with this massive project. I would never use them again and I would not recommend them to no one.