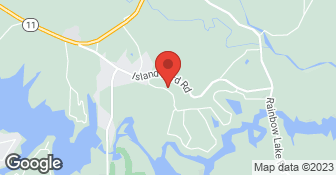 We are a full-service family owned and operated painting company in the Upstate. As experienced professionals with over 20 years, we provide high quality workmanship and materials to the residential and commercial painting industry. We meet and exceed each of our customer's unique needs by adding our own personal touch. We are well trained and skilled to handle all aspects of interior and exterior projects, We offer 1st class painting services at market-competitive prices. Our customers say we are reliable, affordable, neat, efficient and have an eye for detail. We like to get properly prepared before starting any painting project. The prep work is essential to any long lasting, professional job. When it comes to painting your home, our goal is to help you save time and money. Our expertise and color matching skills will ensure a pleasant and smooth experience. We are committed to giving 100% total customer satisfaction. We are well known and receive a majority of our jobs through word-of-mouth referrals. You can count on Affordable Painting Contractors for superior service﻿. Call us today for a FREE ESTIMATE at 864-621-6623

I had walkthroughs with several painters to paint my entire home, including doors and trim. Home size is approximately 3,100 square feet. During the walkthrough, I gave each painter the paint type and colors required. I also gave each painter the expected completion date. After all the walkthroughs, my wife and I settled on Affordable Painting Contractors because Jeff seemed very knowledgeable, seemed willing to do the project with the paint specified and by the expected completion date. The price was competitive but not necessarily the cheapest price, so it seemed like a good bet. The house was empty of furniture and a couple other contractors were working in the house, but otherwise for the expected duration of the project, it was in perfect condition to be painted with no obstructions. At the walkthrough, Jeff told us that there would be three painters. First day, he showed up with one other painter. They showed up late around 10:00 a.m. because of whatever reason, and only stayed until 2:00 p.m. Turns out, that was standard working hours. Sometimes we were lucky to have them for more than four hours in a day. They did not use the specified paint for the ceiling, instead they used a cheaper paint. Halfway through the painting, Jeff has his wife call me and ask for more money because the paint that was specified was more expensive. They never showed up with more paint than they would use in a day and took materials home at the end of the day. When the project was past the promised completion date and less than 75% complete, they pulled out. It was one day after we had made a progress payment to his wife (because after the first week, I never got a call back or saw Jeff in person). I tried calling him, setting up meetings, but all I would get was texts back. So, on the last day, Jeff and his brother showed up. My wife left for the store, and not 15 minutes later, I get a call from Jeff's wife telling me he fell off his ladder while painting and they would not be coming back anytime soon. Odd thing was that although Jeff was rushed to a clinic, his brother had enough time to pack up the ladders and all the material/drop cloths and take with them. We had to hire a painter to finish up the work and correct some patching and painting that was done in the last couple days. Overall, their work was great until they realized they were way behind schedule and way over budget, then it got real sloppy. I know we overpaid for the painting that was done, but what can you do when someone is dishonest and will not even face you. Fast forward two months, and while looking for something on Google, we come across the Affordable Painting Contractors Google+ website. And there are pictures of our home with uncompleted rooms and some of the few completed rooms on their website. Talk about false advertising. Nowhere did it say that this is work we never finished and abandoned the project. In closing, if you have a small project (couple rooms or less) and an unlimited schedule, and allow Jeff to supply whatever paint he wants, they do good. If you expect anything else, go with someone else. I would advise in every instance to have a signed contract with this company to hold them to their commitments.

Description of Work
Project was to paint entire home. Ceilings, Walls, Trim, and Doors. Schedule was 2 weeks. Painter was to use Sherwin Williams Emerald paint for entire project. Some accent walls, but mostly walls were one color.

NewScene is the choice for window cleaning, house soft washing, pressure washing, and related services in Greenville, SC and the surrounding areas (including Simpsonville, Mauldin, Greer, Spartanburg, Easley, Lake Keowee, Travelers Rest, and much of Upstate, SC). We are Locally Owned and Operated, Fully Licensed and Insured, Customer Friendly, and Detail Oriented in our cleaning services. We offer convenient payment options, including check, credit card, and Pay Pal.  …

We specialize in handyman services, home repairs, interior and exterior painting, drywall repairs, popcorn ceiling removal, and more! We guarantee your satisfaction, and we won’t leave until the job is done right. We pride ourselves on the quality work we provide, while delivering great customer service! Check out all the services we offer below and call -or- click to schedule a free estimate today!  …

Affordable Painting Contractors is currently rated 1 overall out of 5.

Are there any services Affordable Painting Contractors does not offer?