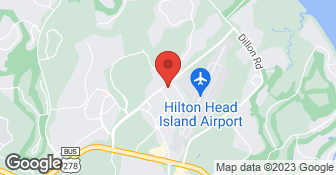 We are a full service residential and commercial plumber for new construction, remodels, and service(24/7/365) We do it all and have been in business as Butler's Plumbing Service for over 33 years...

Call and scheduled to have a plumber come out on the 20th of November 2018. Unfortunately, they sent out an inexperienced plumber and it took him over two hours to do a 1/2-hour job (changing the guts of the toilet). He was on and off his phone in his truck for at least 30 minutes to get guidance from dispatch (I assume it was dispatch; hopefully they were not personal calls). I have no problem with inexperience, everyone needs their time to gain skill, but Butler’s shouldn’t have charged me the same hourly rate as one of their experienced techs. I also have a leak in the sink supply valve which the tech said he fixed but is still leaking. He replaced the new toilet seat, but broke a bolt cover, so I had to put the old one back on and return the new one. Again, I understand that new guys need their time to become experienced, but companies should allow for that when it comes to hourly billing. Bottom line, it’s going to take them longer to do the job! Reason for the “F” is that I sent Butler’s Plumbing 2 emails to try to work something out and they ignored me! Buyer Beware!

Kenny spent several hours digging through roots and mud to find the leak in a broken elbow, which he replaced. Kenny worked hard for hours, but remained professional and courteous throughout. He charged honestly for his time, and the time of two helpers that Butler’s was able to send. I consider the cost of this repair to be very reasonable considering the level of effort needed.

Description of Work
Apparently a tree root causes a failure in the buried water supply line to the house. Kenny from Butler’s was the third plumber to come out to attempt a repair. The first two fled in apparent horror, claiming that the entire water line would need to be replaced, which would involve digging up concrete driveway and walkway.

Butler’s plumbing has been my “go to“ plumber for the past three years. We have investment properties in Hilton head and Bluffton and I have used Butler’s in all of them. Louise is always quick to respond and answer questions. When we have had issues with billing she is always happy to help and clarify as well. I have also had other experiences where I was assigned a specific representative and he followed through prior to, during and after service. This is a very unique trait when it comes to contractors in my experience. I find their pricing to be fair and they get to my jobs in a very reasonable amount of time. They are honest and I have never had a time when I question their integrity. I would definitely recommend Butler’s plumbing to other homeowners in the area.

Everything went great. Installer was very profession and polite. Should have called them earlier.

Description of Work
Butler found out there was no trap installed in concrete slab in remodeled bathroom shower so black fly's were coming up into bathroom. They installed a a trap guard that fixed the problem. In 1 minute they also discovered the problem with our air switch to our garbage disposal.

They did general plumbing installing new appliances, dish washers. It was all apart of the reinstall. We had them before and I think their pricing is fair.

Description of Work
We used Butler's Plumbing Service for general plumbing for our condos.

They were very responsive. Made an appointment for the next day. Rob, who arrived in the time frame promised, was very professional. Work was done efficiently and at a reasonable price. Very pleased with the workmanship. Cleaned up any mess.

Description of Work
I had several plumbing issues including a plugged water line and leaking washer hook up.

Well. Mr. Butler was there to start and supervise and his guys finished.

Tech had already determined previously (supposedly) that there was no clog in any of the lines. My tenant reported that the 2/18 scrape & wash service seemed to work, but only for a couple of weeks, then the smell returned. I've tried MULTIPLE times, to reach them, and finally spoke with "Neal" and "Eric" on several different occasions, asking that the tech return, and re-perform the service, because clearly it didn't work properly the first time. I've been told on 4 different attempts, by the people named above, that they need to talk with the "owner" to get permission to have someone return and redo the work, free of charge. I explained that the service they performed ($110) should definitely last longer that a few weeks. Still no response from anyone at the company, although I, my tenant, and my husband, have spoken to multiple people, on multiple occasions, with promises made to "get back in touch with us" after the Owner is consulted. Many weeks have passed now, and I've given up.

Description of Work
This company did a shower drain "Scrape and Acid Wash" on 2/18, in an effort to rid the drain of sewer gas smell coming up from drain. Previously, they supposedly did an exam of the lines, and determined there was no clog in the lines.

I called them on New Year's Day and they returned my call. Made an appointment for the next day. I though the returned call on NY's Day was an exceptional display of customer service.

At Guy Boyd Plumbing our motto is "A Good Name is more to be desired than silver or gold". We may not always get it right... no company ever does, but we promise to always make it right. We strive for 100 % customer satisfaction. Guy has been a master plumber for 27 years, and his team of courteous professional plumbers can handle whatever your plumbing needs may be. From Water heater repairs, underslab leaks, and sewer blockages, to full house renovations.... we look forward to taking care of you!!!  …

We are a specialty contractor where put customer service FIRST and foremost. We believe in making repairs onetime, the first time and we continue to hold true to our values of ethics, integrity, and honesty. Find out why we are one of the, if not the most referred and preferred HVAC companies in all of SC and GA Lowcountry!!  …

Insured
All statements concerning insurance, licenses, and bonds are informational only, and are self-reported. Since insurance, licenses and bonds can expire and can be cancelled, homeowners should always check such information for themselves.To find more licensing information for your state, visit our Find Licensing Requirements page.
General Information
Free Estimates
Yes
Eco-Friendly Accreditations
No
Payment Options
Check, Visa, MasterCard
Senior Discount
No
Emergency Service
Yes
Warranties
Ask for details

Butler's Plumbing Service is currently rated 4.7 overall out of 5.

No, Butler's Plumbing Service does not offer eco-friendly accreditations.

No, Butler's Plumbing Service does not offer a senior discount.

No, Butler's Plumbing Service does not offer warranties.