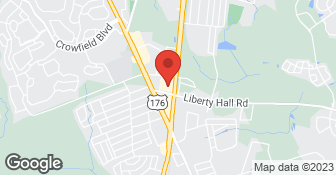 3 employees. no subs. cost is determined by the job. no travel charges. accepted payments via paypal....

Owner operated. Uses subs for labor. Cost is determined by the job. No travel charges. No service charges. Extra charge for after hours service. May contact through email.  …

Hello, I'm 28 years of age. I've been landscaping for the past 6 years and have worked for many different companies and now is the time to begin my own. I enjoy my job and would love to start my own legacy to support my family and myself. I am ready to get to work and hoping for a chance.  …

Keystone Landscaping & Design, LLC is a full service landscaping company. We are family owned and operated. At Keystone we listen to our customers wants and needs. The Keystone family takes as much time with our lawn accounts as we do with our designing of landscapes. We keep our prices competitive if not cheaper. Let us give you your next estimate it will be your last. Additional Contact name: Joan Johnstone.  …

I received a quote from Marc for $150 to trim my large azaleas surrounding my 1/2 acre. It was an average price. He also quoted me $75 to mow/edge/blow my yard at another time. Since I had previously paid $50 from someone else and others quoted $50, he came down to $60. We scheduled the azalea trimming but because of rain, he was backed up and called the night before to reschedule . We set the next week. When he was a little late I called him. He said he was doing another job first. and would be here in 1/2 an hour. When he and a young helper showed up I explained the areas they were to trim. They were to clean up the cuttings and dump them. They were to pull out all the climbing vines within the large azaleas. I told him I wanted the lawn mowed next week. I let them to do their work. When they were almost finished I had to point out several areas they left uncut or parts of bushes which they missed. I don't know why he didn't see them himself. I wanted someone who could do the work without having to be supervised. He's not it. The impression I got of Marc and his young helper was as if I hired neighborhood kids trying to earn some extra money. They weren't very professional in the quality of the job they did. I could have done as badly a cut job with a dull hedge trimmer. He also took it upon himself to do the edging and yard which I wanted done the following week. They did an OK job but not as good as others I have used. For the quality of work I felt I overpaid. When my wife got home she immediately saw how bad a job they did and told me so as she walked in the door. They overlooked a lot of the vines they were supposed to remove. They left what wound up to be numerous large piles of cut branches that I've been having to go back and cull out of most of the large bushes. The next day, I hired the lawn company which was doing my neighbor's yard to do my future work. The company quoted me $50 for which Marc lowered his price to $60.

Description of Work
Marc was hired to trim my yard full of azaleas. He would up also cutting the lawn, edging and blowing walkways/driveway.