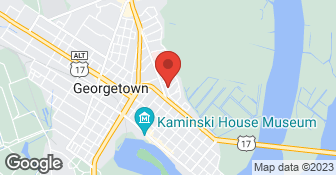 2-5 employees. No subs. Cost is determined by the job. No travel charges. No service charges. No extra charge for after hours service. May contact through email.

I built a unique home using a variety of reclaimed materials and mordern construction materials. Mike was the crew leader of the framing group (at the time contracting for another company). Mike was by far the most professional and competent of the crew. He was courteous, punctual and friendly. When Mike was I onsite I felt confident that the project was going smoothly. When other crew leaders were rotated on the job problems tended to occur and inevitably Mike was brought back to get the project back on track.

Description of Work
Mike was crew leader for the contractor I was using as the time. And assisted in rough framing of the home and building custom decks with an assortment of reclaimed timbers and IPE

We had an appointment for Mike to come by and give us an estimate on Friday - he called and canceled Friday and rescheduled for Monday - that was the last time we heard from him.

We hired Mike Talirico to build a deck made of maintenance-free Trex materials next to our community lake so that folks could fish and enjoy themselves by the water. We scheduled different appointments with Mike to show him the area where the deck would be built and also to review his cost estimate and Horry County Building Permits. Mike was on-time for every appointment. His cost estimate was reasonable. His time-frame to build the deck was right on target. All work was completed exactly when his time-frame indicated. He does an excellent job. In fact he well demonstrates that he is at the level of a Journeymen craftsman. The finished product was beautiful. Every cut was meticuoulsly done. No visible nail holes. A seamless well-executed deck build. Mike Talirico also cleaned all debris from his work area every day he was on site working. He also ensured that while he was working, no debris fell into our lake. The work area looks as pristine when he finsihed the deck as it did when be began work on the deck. This fellow is a rare gem, and we are so lucky that we found him. Mike normally works in/near Georgetown, SC. But, he had no problem commuting the distance to Little River to build our deck. Since Georgetown is a different county, Mike also took the time to obtain his permit from Horry County in plenty of time to meet his time-line for the build the deck. He worked well with Horry County Inspectors, and the project was executed flawlessly. We will definitely hire Mike Talirico in the future. I cannot say enough nice things about Mike Talirico. Many Thanks Mike for a job very well done!

Description of Work
Build a 16 foot by 12 foot deck next to the lake in our Community. Deck materials would be Trex.

They came in, and they were good with coming in with an estimate. He was very businesslike, and he kept good records. He showed up when he said he was going to show up. He did a good job.

Description of Work
Mike Talarico Inc put a deck on the back of my house. The porch is 12 feet deep and 30 feet wide with a 12X12 arbor.

I was very disappointed. He looked at my job and we talked about what I wanted and we were right on the same page. Then he said he was going to talk to his plumber to see how much the plumber was going to charge. I waited a whole week to get the plumber's report. I called last week to see if he had any results and he never returned my call. He built up false hope, letting me think he was going to take the job. Evidently he didn't want the job. He could have been courteous enough to call me back. Plus, he had me on hold so I couldn't move on to someone else if I wanted to. I'm done with him. I was not pleased with how I was treated.

Description of Work
I talked to Mike Talarico about taking out some drywall and putting in a new bathroom.

Description of Work
The man didn't return the call I made. The number I called was answered by some default voice mail that gave no indication of who the number belonged to. For a professional, it's unheard of not to have a well identified answering service, even if it is automated. And then not to return the call. Heck, he could at least tell me he is unavailable. Someone that is that slack with sensible practice is not someone you want working on your house.

.They were prompt, courteous and professional.

Description of Work
.I got a quote from Mike Talarico Inc.

Description of Work
took out old shower put in new one.

Description of Work
Mike relaces broken tile in the kitchen and both bathrooms. he also put up new lights in the garage, built shels and pressure washed and painted the deck. hel also installed a new entry door. i can not say enough good about the pleasantness, hoesty and integrity of Mike. any time in the future i need home repairs or maintenance done i will call Mike.

As always, the latest projects went great. Mike always shows up on time and works --- no long lunches or procrastinating. What I like best about him is that he listens to what I want, and whenever appropriate, offers suggestions on how we might improve the idea to gain the desired result more efficiently or economically. The floors look fantastic, the enclosed storage room in the attic with shelving has expanded my usable storage space vertically, and the pantry now holds much more, yet everything is easier to see and reach.

Description of Work
Mike has completed many projects on my homes for the past 7 years. Including the installation of crown and door moulding, building library bookshelves, constructing an arbor from my drawings, and so on. Most recently he installed hardwood floors, created a storage room in my attic (walls, ceiling, door) and cut and installed a custom shelving configuration I drew up for my pantry to gain more space.

In RS custom painting LLC. We are committed to fulfill all our costumer needs in order to have a great bussines relationship with them. Our painting process, supplies and materials are guaranteed. Ur company is fully insured and licensed. Book in before New Year's and get some additional discounts. Special discounts for essential workers.  …

Since 2009, Top Homes Construction LLC has been specializing and providing our clients with innovative, remodeling and new addition services to their home. We are known for our craftsmanship, superior results and dedication to service our clients! We are family owned and operated and have a team of skilled contractors who are experienced in all aspects of remodeling and construction services. We take extreme pride in every project and work hard to ensure our customers are beyond satisfied. Contact us today for a free estimate, we look forward to serving you!  …

We specialize in Walk-in tubs and shower remodels! Onyx stone is one of the best looks for your shower! We do great work at a fair price. Our quality of showers is by far the best in the beach!  …

Mike Talarico Inc is currently rated 4.8 overall out of 5.

No, Mike Talarico Inc does not offer eco-friendly accreditations.

No, Mike Talarico Inc does not offer a senior discount.