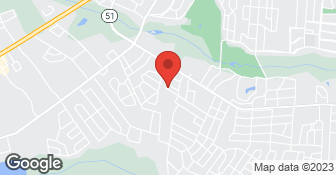 We are a full service lawn and landscape Company. I.L.D. is a forward-looking business made up of innovative members of the artistic community. To contact us, call (843) 230-1036 or email scott@ildsc.com....

I am very pleased with the job performed by Innovative Landscape Design. ?Scott worked hard to come up with a plan that suited our needs and budget and took the time to seek our input. ?The work was done as promised and in a timely fashion. ?The job was done right with great attention to detail. ?Scott was easy to reach by phone or email and always responded promptly to any questions. ?We are thrilled with the final result which has greatly enhanced the appearance of our property. ?I would highly recommend Innovative Landscape Design to anyone considering a landscape project. ?I will use them again without any hesitation.

Description of Work
Complete landscape plan and redesign with removal of existing plants/shrubs/sod. The job required a large amount of prep work due to issues with poor drainage which was corrected as well. We also added a patio and knee wall.

They started when it was cool and prepared the ground in the whole back yard. They described what would done daily and took many pictures documenting their work. They have excellent equipment allowing them to be very efficient installing larger trees and very large boulders that added to the natural look. They have been back to check on systems and the drip irrigation they installed. 98% of the plants are doing fine, those with problems were quickly replaced. They presented a detailed budget and held to their estimates. Overall we couldn?t be happier. We had a party for 30 of our neighbors who were curious in the time the project was progressing as to where all the North Carolina rock and boulders were going! Everyone was very impressed and complementary.

Description of Work
They did a very professional job filling our pool so it didn't look like it was every there! They installed a 4 foot high wall that started several water streams and has 11 water falls. It's phenomenal! Looks very natural. They also integrated ~1000 plants and some trees making it look like it has been here for years.

It is hard to assign an actual "grade" based on our experience so I had to go with "average", simply because we didn't have the company complete our landscape work. Scott came to our home, was extremely personable, friendly and knowledgable. We did our best to give him a description of our "vision", to which he was receptive and also gave us some ideas of his own. After talking to him for a while about the process, he told us that it would be $1,000 for him to draw up a plan, but the fee would be waived if we used his services. We had actually spoken to another landscaper a couple of weeks before, who didn't mention charging us for his plan. We were a little hesitant to agree to this, but based on our visit and first impression of Scott, we fully expected to like his plan better than the other one, so we decided to go forward. As it turns out, after seeing both plans, the first landscaper's design ended up better fitting our vision. (I should mention that Scott's was also beautiful and professional, it was just a matter of preference.) We felt it was only fair to tell both landscapers that we were trying to decide between the two. At that point, the first landscaper told us that he was not going to charge us for his draw up regardless of whether or not we chose him to do the work, as he saw it as a cost of doing business. But Scott did not retract. To be fair, he DID tell us up front that he would charge us for the draw-up, but having never hired a landscaper before we did not realize that this practice isn't necessarily the norm. On one hand, I understand charging for a draw-up, as it does require both time and resources to develop. But on the other hand, it is quite a leap of faith to decide to hire someone to do such a big job (and it was a BIG job) without actually SEEING a plan for what the contractor plans to do. Another issue we had was that when presenting us the plan (which took about 6 weeks to get), he didn't include a concrete price. The "competing" landscaper gave us an itemized price list at the time he presented his plan. We came very close to going with Scott, simply so we wouldn't be out the $1,000. (In hindsight I now wonder if that is part of the reason behind the charge.) But not having a final price (or at least a somewhat accurate ball-park figure) made us nervous. After ultimately deciding to go with the other landscaper, Scott DID reduce the price for his plan to $500, so at least we weren't out the full $1,000. While we can't review the actual work this company does, which I'm sure is great, I feel like this review could be useful, as I would have liked to have known AT THE TIME I set up the appointment that it was going to cost us a pretty penny to even see a plan, whether we used it or not. So, unless you are okay with spending $500-$1,000 for a plan you may not use, don't call him AND someone else in an effort to compare ideas.

He was very punctual, courteous, and eager to solve the problem. He seemed to be a trustworthy guy and wanted to make sure that the job was done right. It was a pleasant experience and I will use this business again.

They installed lights in the back yard, and I also had them do some other work in flower beds. I would certainly use them again.

I am not really sure on the price since I did not compare.

Description of Work
I used Innovative Landscape Designs to replace all little trees and shrubs.

They did a great job! Were there on time, worked efficiently, did what they promised and have excellent customer service.

Description of Work
Cleaned up the yard and also landscaped

They were efficient and very good. They are very busy but that's doesn't mean that they are not responsive. I tried using them again but they were booked and that's not their fault.

Description of Work
I used the landscape service of Innovative Landscape Designs.

Excellent, from start to completion; a great turnkey job!

Description of Work
We have used Innovative Landscape Designs numerous times; with the most recent on 4/8/2013. They removed approximately eight to ten large azalea bushes, soil and bed preparation, planting of new plants and shrubbery, spreading new pine straw, cleanup and all debris removal. They do an excellent job and it's a good experience from start to finish and you do not have to have any concerns about this company's guarantee of their work. We were completely satisfied with the outcome of this latest project as we have been with each landscaping job they've done for us. I highly recommend Innovative Landscape Designs.

This is a followup from my previous review of ILDS... One word says it all. AWESOME! All the flowering shrubs are in bloom now and the work is great. I can only imagine it as the plants grow. Oh wait they provide virtual views of what your home ill look like once the plants mature. once again Scott and his guys are great. If you dont use them you will be using a lesser business.

Description of Work
Replanting of beds around house shaping up existing trees in yard.

It is a large project. We are very pleased. The experience has been excellent. He is A-1down the line so far but we haven't had any work done yet.

Description of Work
We got an estimate from Innovative Landscape Designs to replace a lot of landscaping and stonework. We are working with them but haven't reached a final price. We are planning to use them in the spring. We've been talking to them off and on for 8 weeks.

I have to say these guys are great! Due to work and family health issues I had let my yard tun into a disaster area. Scott came out and walked around and gave me an estimate to remove everything in the flower beds, remove a few dead dogwood trees, reshape the beds, straw, and shape up what trees needed attention. His guys came and did a great job.Phase 1 is finished and were now waiting for fall to replant the beds. My family used to run a landscaping business and ILD by far exceeded my expectations. If you need work done call these guys. They give you an honest upfront quote and stick to it even if they run over a bit

We initially called ILD and had to wait a while to have the work done but that was fine b/c we just wanted it done at some point, we weren't on a tight schedule. When they came, I was at work and when I came home it was like a completely different house. I met with Scott and reviewed what was done and what still needed to be done. I surprised my husband with the work and he was VERY happy!

Description of Work
We hired ILD to totally clean up our yard. We have a huge yard 1 3/4 acres with great plants but we didn't have enough time to keep it looking good. ILD came in and spent almost two full days to remove dead plants, shape the existing ones, clean out the beds and weeds. Then they came back and put in beautiful pine straw and flowers by the front door.

Owner operated business that specializes with all pressure washing needs. Carolina Spray can handle any job. We clean roofs, driveways and sidewalks, house's ( vinyl and brick) wood fences and decks. We take pride in our work and pay attention to small details.  …

Carolina Sprinkler & Lighting can help you get your yard looking great with their quality landscaping service and sprinkler expertise in the Sumter, SC and surrounding area. We also specialize in landscape lighting, and Holiday lighting. Over twenty years in business.  …

Hill Plumbing & Air has been proudly serving the Sumter and Florence communities since 1925 with expert plumbing services and now Heating and Air Conditioning services as well. Our goal is to continue the proud tradition and build successful longstanding relationships with our customers through providing quality service, offering competitive pricing and going above and beyond with attention to detail in everything we do. We take pride in our services and educating our customers as well!  …

No License Required for Trade
Insured
All statements concerning insurance, licenses, and bonds are informational only, and are self-reported. Since insurance, licenses and bonds can expire and can be cancelled, homeowners should always check such information for themselves.To find more licensing information for your state, visit our Find Licensing Requirements page.
General Information
Free Estimates
No
Eco-Friendly Accreditations
No
Payment Options
Check
Senior Discount
Warranties
Yes

Innovative Landscape Design is currently rated 5 overall out of 5.

No, Innovative Landscape Design does not offer free project estimates.

No, Innovative Landscape Design does not offer eco-friendly accreditations.

Are there any services Innovative Landscape Design does not offer?