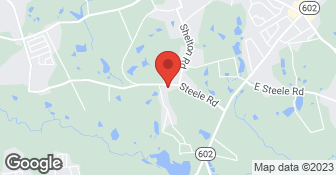 I am a certified registered locksmith through Associated Locksmiths of America and have an A+ rating & accredited member of the BBB. I have provided mobile locksmith services for the residential and commercial market place since 1990. I have over 30 years of Security Hardware & Access Control experience in the Columbia area market....

Went well, had to wait a few hours for service technician, but work performed professionally and accurately

[Member Name Removed] You have posted a review for the wrong company. I only provide service Monday-Friday. I spoke with you Monday morning and you mentioned that you had already had the work performed by another company. Regards Ken Tynes
5.0

Ken Tynes was great. When my house keys were stolen, he came out to the house that day to make a new set of keys and change the locks on all the doors in my house. Was very friendly and professional. Was prompt and did a great job. I highly recommend Ken and Midlands Lock and Key!

Description of Work
Locks changed in my house

Wonderful. Called last minute and was here within 45 minutes. Fast, professional and pleasant to work with.

It was terrific. There was good communication and he was able to come early, but he called before coming, which was great. He got the job done professionally and quickly.

Description of Work
He re-keyed 5 locks for me on 3 doors and provided duplicate keys.

Professional quality of work at a fair price.

Description of Work
We relocated to the Irmo, SC area and wanted to re-key all the entry doors to the home since we were new owners. The company came out on time. They were professional and performed the job well.

All went well. However, some of the locks required adjusting again after several months, which I was able to do myself.

Very prompt and professional service. Would definitely use again.

Description of Work
Repair broken lock and adjusted several others.

Very well. My problem was solved quickly and at a reasonable price.

Description of Work
I had a lock that was very difficult to insert a key and had been living with the aggravation for 5 and a half years. Midlands came out the day I called and had it working smoothly in 15-20 minutes. I wish I had called 5 years ago.

I called Ken Tynes at Midland Lock & Key when I was unable to remove and repair a loose door handle. The handle assembly would not remove to allow access to tighten the screws which held the handle and lock assembly together. I called Ken on a Thursday afternoon and let him know that this was no emergency since the lock still functioned. He said he might be able to come by the next day but he already had quite a bit scheduled. If we could not get together the next day, he said could be here the following Monday. Ken called at 9:15 Friday morning and said he had an opportunity to come by if it would be convenient for me. That was good, and he showed up in about 10 minutes. He was also remove the handle from the lock assembly, but managed to remove the entire assembly so he could work on it in his truck. About10 minutes after that he had managed to get everything fixed and back on the door. Ken was prompt, polite, and professional throughout. When we talked on Thursday he said his fee to come out and evaluate the problem was $75 minimum, and if there were no unusual complications he thought he could remedy the problem for around 100 dollars. I believe that the actual price of $110 dollars was fair based on the difficulty and extra time it took to remove the entire lock assembly. Ken's name and number are now on my contact list, and I will surely call him again in the event I have need of a competent locksmith.

It went good. I am very pleased with the job.

MIDLANDS LOCK & KEY is currently rated 5 overall out of 5.

No, MIDLANDS LOCK & KEY does not offer eco-friendly accreditations.

No, MIDLANDS LOCK & KEY does not offer a senior discount.

Are there any services MIDLANDS LOCK & KEY does not offer?