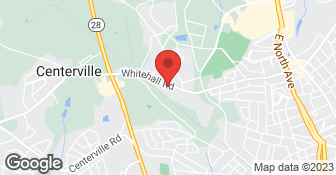 Family owned business since 1947. We service the upstate of south carolina and install new HVAC systems or repair existing systems. We are a local Trane Comfort Specialist Dealer!...

With plenty of HVAC work experience, we are a full service heating and air company serving upstate South Carolina. Ask us about our Senior and Veteran discounts. http://www.crawfordheatingandair.com  …

Our Plumbers, Electricians & Heating and Air Conditioning Service Technicians offer fast, 24-hour emergency service. If your energy bills are getting higher and the temperature is getting lower, call us for our $79 furnace tune-up special. We can offer new ideas about how to save money. Ask about our exclusive Comfort Assurance Plan (CAP), which provides special benefits and up to 20% off on services. We have plans for plumbing, electrical, heating and air to fit any budget. We are currently offering financing on new Lennox HVAC systems up to 60 months with no interest! Call us today to schedule your estimate!  …

Bentley's Heating and Air has been serving the upstate since 1991. A recent winner of the 2013 Better Business Integrity Award shows that we strive for Excellency and 100% satisfaction. We are skilled in all aspects of the heating and cooling business. We sell and service all makes and models. There is never a job too big or too small. Mention Angie's list for a special discount!.  …

They gave me a discount at that time. I liked their service. He was prompt and he did a good job. He explained what he was doing.

Description of Work
They inspected and lubricated the system.

I have used Lovingood for years for their excellent repair service. The continued to be excellent for this large job.

Description of Work
They removed unneeded duct work and relocated the duct work we needed to use. They did this in a cost effective manner and with a minimum of mess. |The finished product looked like it had always been part of my condo. I will use them again when it becomes necessary to upgrade my HVAC.

Our upstairs AC unit was not working properly. The fan was running continuously and it was blowing hot air. Darrell came out at the time scheduled and diagnosed the issue as a bad control board. He had to order the part and set the unit up temporarily so it would provide cooling until the part arrived. Part arrived a day later and he stopped by to replace the board and the unit is now running properly. During his first visit he mentioned the part may be under warranty and when he returned he verified this was correct and only charged us for the service call ($88).

Description of Work
Diagnosed the problem with the AC unit, ordered part, replaced part and had unit working properly again.

I have used this company several times and have always been very pleased. Most recently, a leak appeared on my hall ceiling. Since it hadn't rained in nearly two weeks, the only other source of water I could think of was the air conditioning unit. The workmen from Lovingood came out at the time they had said they would (and they called first!). They listened to my explanation and uncomplainingly climbed up into the hideously hot attic to find that indeed, the piping going to the drip pan had become misaligned. They repaired it promptly and the problem has not recurred. Each time I have called Lovingood for service, any problems were resolved competently and courteously. I recommend them highly.

Description of Work
Service call for possible leak from condensation in system.