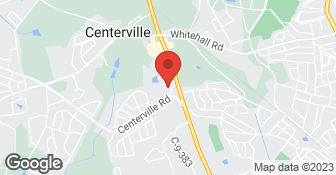 We are a roofing company here to meet all of your needs in the best customer service and with providing quality work....

Thompson Lawn Service LLC is a small lawn care business I Nick Thompson just started. It is owned and operated my myself for now. I will be doing Mowing, Weed Eating, Blowing, and Pressure Washing for now. More will come as my business and company grows. Been mowing and pressure washing for three years now. I'm just trying to start a business leave my day job and be successfully with my own business.  …

lawn care and maintenance, give us a call or click for an estimate today!  …

Since 2001, we have been offering interior/ exterior painting services, along with many other services! We have the experience and dedication to bring your dreams to reality! We guarantee your satisfaction and we won’t leave until the job is done right. We pride ourselves on the quality work we provide, while delivering great customer service! Check out our services offered and call or click to schedule a free estimate today!  …

They were quick. 2 days. The roof looks good. BUT THEY DID NOT CLEAN UP. N A I L S !!! Are everywhere next to my house. I had to buy a magnet. And I'm still working on it. Called 2x no return call

Description of Work
Roof on home

coe's did nothing and charged $300. when a contractor later came they took pictures and it was painfully obvious the issue was not addressed. i used to do roofing and could quickly see the problem.

Description of Work
came out and inspected a roof. we had a leak around a chimney. was there less than a day and pronounced it fixed. later fixed by family roofing. coe's did not address the problem at all

As a result of hurricane sandy and the excessive rain and storm that Anderson saw in October, my roof sprung a leak in several places. I looked up roofing repair in Anderson and Coe's was shown as having the best reviews. I contacted Brenda at the office and she gave me William's contact number saying that he would contact us to setup an appointment. He never called us. After waiting more than a w...

Description of Work
They never contacted us in spite of us calling and leaving messages and them telling us that we would be contacted for an appointment.

No problems -- theye did a great job and were there when scheduled.

Description of Work
They repaired several small roof leaks and also caulked around chimney --- did an overall roof inspection and repaired couple of small areas that I did not even know were potential leaks --- Did a great job.

I called Coe's Roofing to investigate a roof leak. They came out the same day and repaired the leak. Even though we were not previous customers of Coe's, they fixed the leak for free. Really, no charge at all. Will definitely be calling these folks for any roofing work in the future.

Coe's Roofing installed a new roof on my house and also a small building on my property. Our Sales Rep was Lee, he was fast friendly and very professional with his quote and follow up service. Here's what the competition said after viewing the quote by Coe's Roofing: and quot;We can't touch that price, If I were you I'd go with them (Coe's Roofing)and quot;. That's what the COMPETITION SAID! Coe's...

Description of Work
Coe's Roofing installed a new roof on my house and also a small building on my property.

We bought our house and it had major roofing issues due to a hail storm several years prior. They were able to schedule us promptly within a week. They came to the house in the morning with a large crew repaired the entire roof and cleaned up ensuring there were no nails on the ground or in the grass. They had the job done by early afternoon around 4.

Justin and his crew did a great job, I believe my issues have been corrected.

Coe's roofing came out and quoted me a roof repair to remove shingles, remove and wet/rotten subwood, then replace with new shingles in a small area where the leak was suppose to have been. I gave them the go ahead to complete the work and few days later, I had a bill on my front door. I did not know they were coming out and did not see any work done. I decided after they told me that I had a one ...